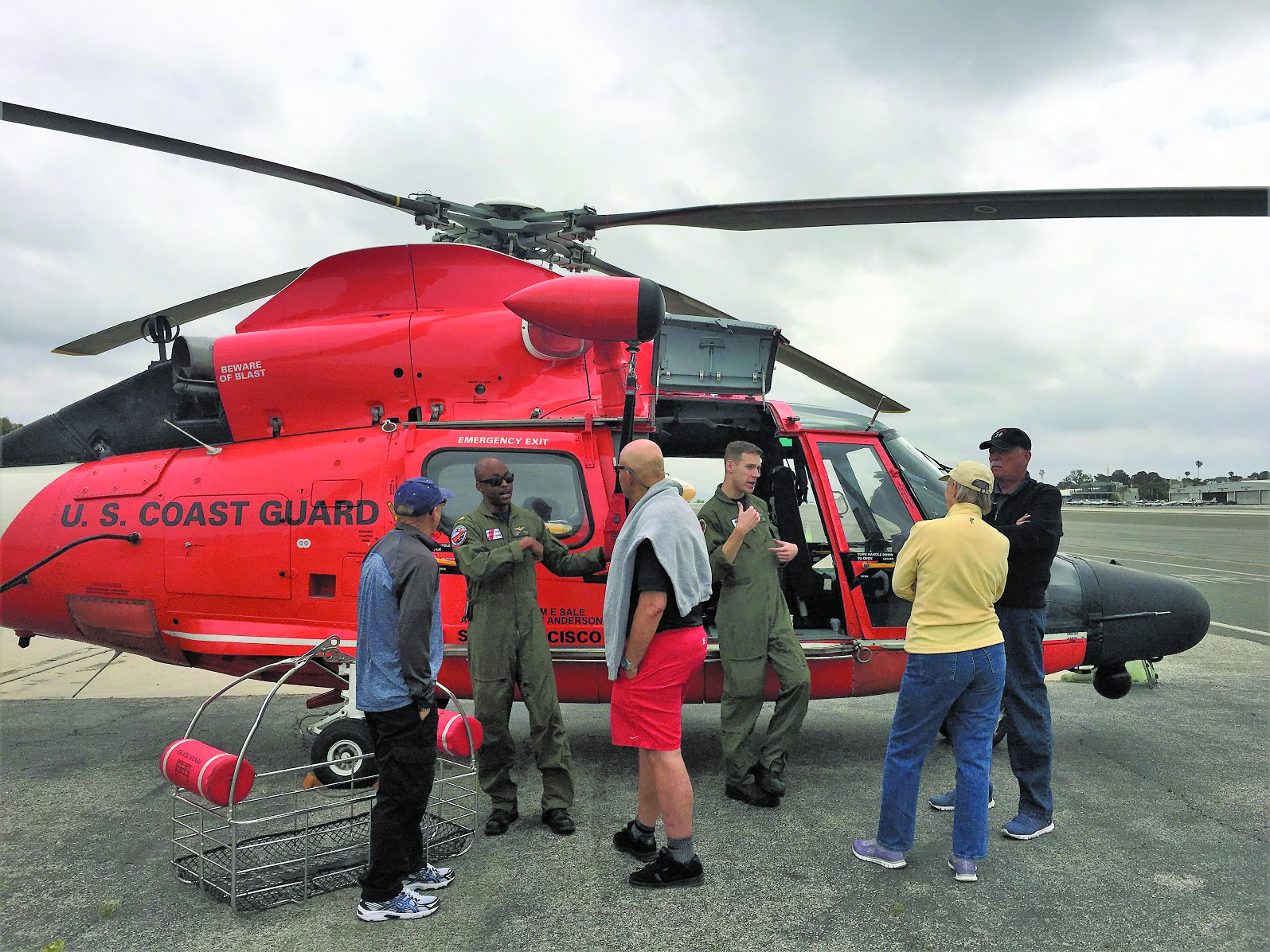 Starting earlier this year, the Santa Monica Airport Association (SMAA) began hosting family friendly aviation events on a monthly basis, aimed at giving people a chance to experience Santa Monica Airport and get up close to aircraft they might not otherwise see out of the sky. Saturday, June 10 was Helicopter Day at Atlantic Aviation. The SMAA brought a number of different kinds of helicopters to the airport, and allowed visitors to check them out, speak to their pilots, and see them from inside of their cockpits.

“These are the aircraft you see flying around the L.A. basin all the time. We wanted to give the public an opportunity to get up close and personal,” said Christian Fry, President of SMAA. “This is the first time we’ve done the helicopter event.”

Among the different kinds of helicopters on display were a Bell Huey 212, which Fry explained many associate with the Vietnam era, but are still used in the military today; an L.A. County Fire Blackhawk, equipped with a large tank to carry fire retardant; a KTLA 5 news helicopter, used to film local news segments; a Robinson R-66, a new helicopter model built at a facility in Torrance; and a Coast Guard Dauphin rescue copter.

“That’s a pretty special machine that I hadn’t even seen up close,” said Fry, about the Dauphin helicopter. “Pretty much every machine out here is pretty unique.”

The event brought out a lot of families, with kids excited to get to go inside of the many different kinds of helicopters, as well as aircraft enthusiasts who took the opportunity to go over the finer points of aviation with some of the pilots present.

The SMAA’s planned initial event, which was rescheduled to a future month, will introduce children to its Young Eagles program, allowing kids from ages 8 to 18 a chance to go on flights inside some of the aircraft at Santa Monica Airport.

For more information about the SMAA and its monthly events, visit santamonicaairport.info.