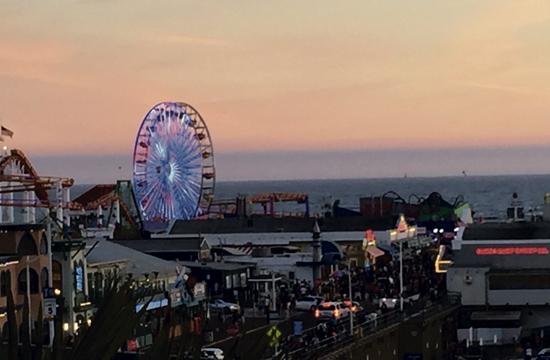 Make Music is a free celebration of music around the world each year on June 21st. Launched in 1982 in France as the Fête de la Musique, it is now held on the same day in more than 750 cities in 120 countries.

Completely different from a typical music festival, Make Music is open to anyone who wants to take part. Every kind of musician — young and old, amateur and professional, of every musical persuasion — pours onto streets, parks, plazas, and porches to share their music with friends, neighbors, and strangers. All of it is free and open to the public.

Santa Monica has participated in Make Music Day for five years. This year, nine venues are participating with free music in our neighborhoods. They are sponsored by neighborhood groups and non profits in order to bring music to each of you. You can find live performances in Reed Park, Virginia Avenue Park, Colorado Center Park, Douglas Park, Palisades Park, Hotchkiss Parkas well as the Santa Monica Conservancy’s Shotgun House and BareBurger and the Novel Cafe on Main Street.

This event is sponsored by the Arts Commission, Cultural Affairs Department, Phil Brock and Make Music LA. Many of the venues will have treats for neighborhood guests, all performances are FREE and all performers are performing gratis for the love of music!

Help celebrate the beginning of summer, the summer solstice in Santa MonicaWednesday, June 21st beginning at 5:00PM at most venues. See the flyers below to pick your locations and times. It’ll be a great day to have a picnic and listen to good music in Santa Monica!