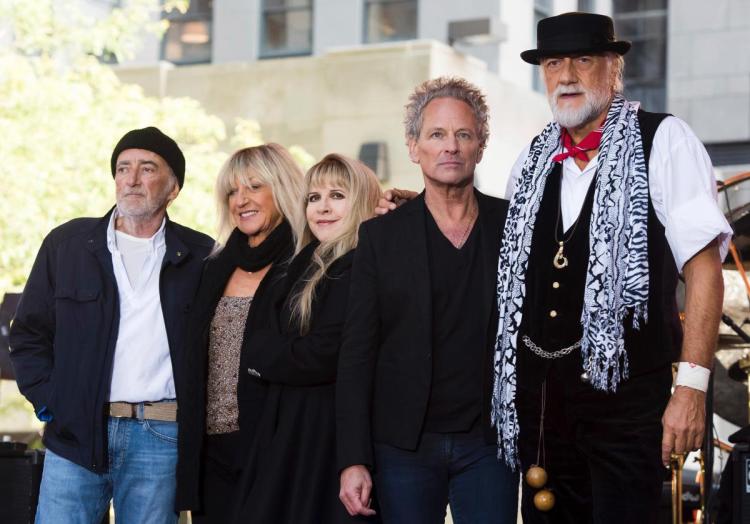 Fleetwood Mac will be feted during Grammy Week at a gala that raises funds to support the Santa Monica-based Recording Academy’s MusiCares program, which ensures music people have a place to turn in times of financial, medical and personal need, it was announced Wednesday.

Neil Portnow, president/CEO of the MusiCares Foundation and the Recording Academy, said the 28th annual benefit gala will be held at Radio City Music Hall in New York City on Jan. 26, two nights prior to the 60th annual Grammy Awards ceremony.

Fleetwood Mac will receive 2018 MusiCares Person of the Year honors in recognition of “their significant creative accomplishments and their longtime support of a number of charitable causes, including MusiCares, the premier safety net of critical resources for the music industry,” according to the Recording Academy.

“Our 2018 MusiCares Person of the Year tribute is a celebration of firsts — the first time our annual signature gala will be held in New York City in 15 years, and the first time in the benefit’s history that we will honor a band,” Portnow said. “This excitement is only matched by the genuine thrill and privilege of paying tribute to Fleetwood Mac, a legendary and influential group of artists whose music has provided the soundtrack for music lovers around the world.”

Mick Fleetwood, speaking on behalf of the band, called it “a tremendous honor to be the first band to receive the MusiCares Person of the Year award.”

“Independently and together, we all set off on a journey to spend our lives as artists, songwriters and musicians,” he said. “None of us did it alone and there were plenty of helping hands along the way, so we applaud and celebrate MusiCares’ guiding principles of giving musicians a helping hand and a place to turn in times of need. We are very appreciative of this recognition.”

The 60th annual Grammy Awards will be held at Madison Square Garden on Jan. 28 and broadcast live on CBS. The ceremony is scheduled to return to Los Angeles in 2019.