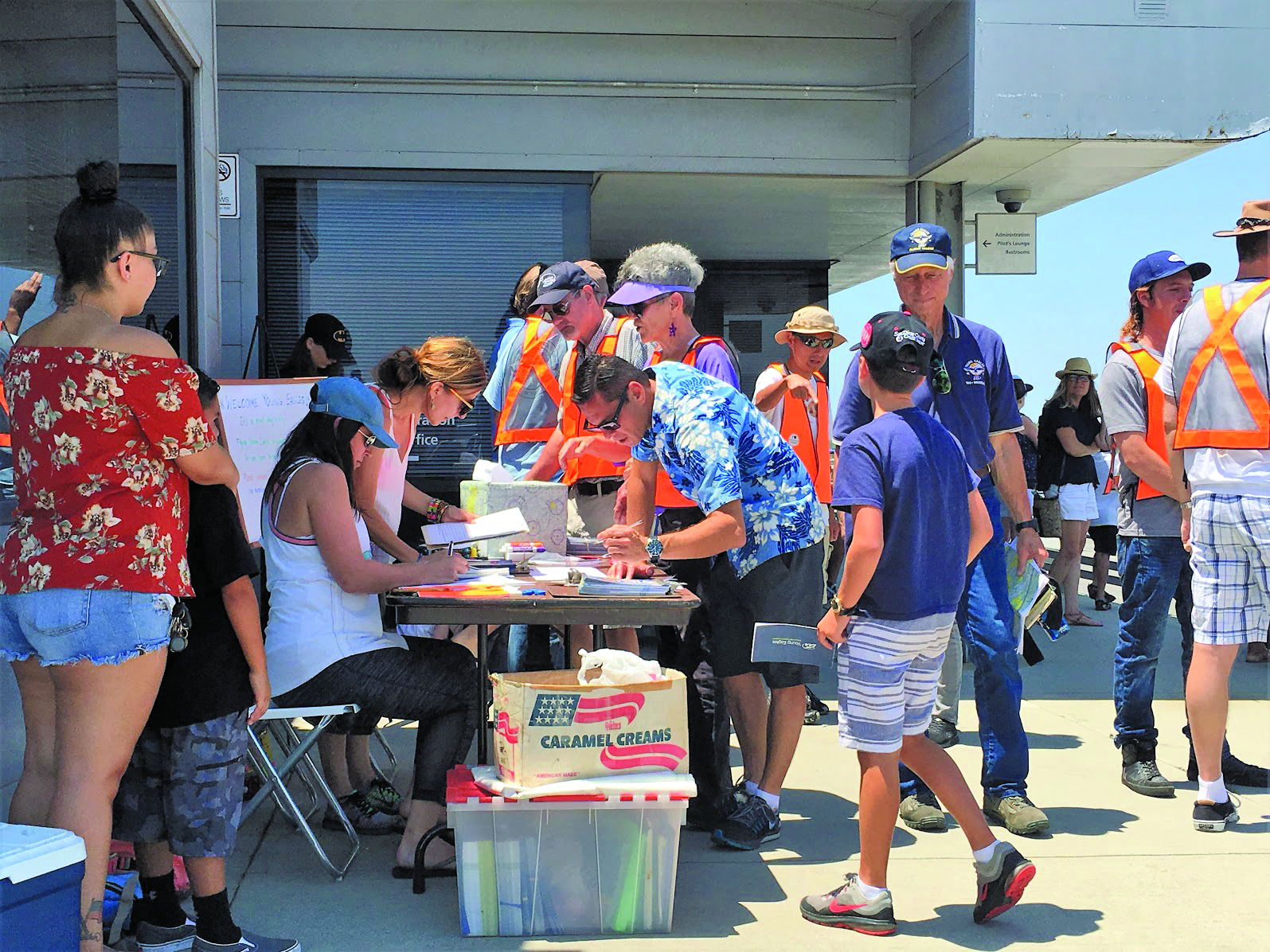 On Saturday, July 8, the Young Eagles program returned to Santa Monica airport, allowing children ages 8 to 17 a chance to fly in a private plane. The program has been in giving kids this opportunity since 1992, and occurs in Santa Monica two or three times every year. A Young Eagles Day in April earlier this year was canceled due to poor weather, making this the first Young Eagles Day of 2017.

Tim Cashin, who has been a pilot for 14 years and flying Young Eagles participants for 5 years, explained that the program introduces kids to flight outside of commercial airlines, and builds up a new generation of pilots.

“It’s really, really fun for us when you get somebody who’s never flown before. You see these young kids who sit in the airplane and go, ‘Wow! This is phenomenal!’” Cashin said. “It’s a completely different view of what the world of aviation is all about. It lets them know aviation is accessible.”

Most of Saturday’s flights brought passengers along the coast toward Malibu, though each participating pilot can choose where they would like to fly individually.

“The flights are from 15 to 20 minutes. We choose flights that both scenic for the kids, give them a really good experience, and fit in with the traffic in the Santa Monica area,” said Cashin.

All participants, both pilots and on the organizational side, are volunteers. One of the primary objectives of Young Eagles Day is to promote STEM education, with the pilots emphasizing the scientific and mathematical aspects of flight to participating children.