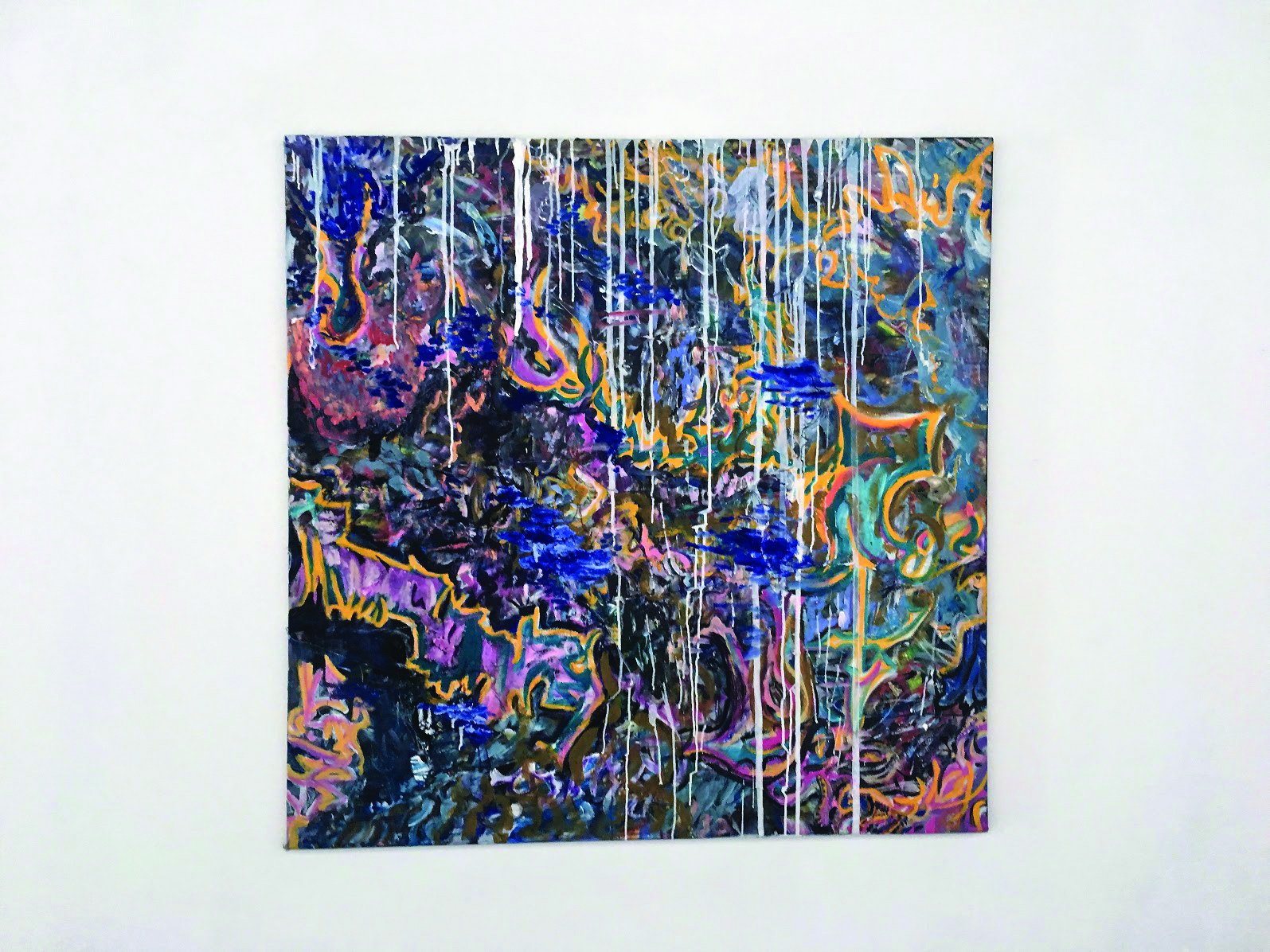 Santa Monica Art Studios, located in a 22,000 square foot hangar at Santa Monica airport, hosted an opening reception for two new galleries on Saturday, July 8: a group show of artistic talent from all over the Los Angeles area, and an exhibit titled “Activating Pangaea: Destroy These Walls,” featuring the work of a number of Irish artists. “Destroy These Walls” is located in the Arena 1 Gallery and the group show is located in the adjoining Hangar Gallery. Both run until August 5.

“Every month we have an exhibition in the main gallery. Every few months we have group shows in the hangar gallery,” explained gallery’s Assistant Director Deb Foster. “The group show is a selection of various artists from Los Angeles.”

Group show participants submitted their work by application to be in the show, though two of the artists’ work in the studios within the Santa Monica Art Studios building. One of the artists, Sara True, titled her three works in the show “The Dance of Paint,” showcasing abstract acrylic works.

“Destroy These Walls” is the third in the “Activating Pangaea” series of exhibitions, and is curated by the MART Gallery in Dublin. Works were selected to represent risk and ephemerality

“Highlighting this impermanence any of the artworks which are not sold during the exhibition will be destroyed after closing. By encouraging participating artists to explore and reinvent material, technologies and methodologies, the curators have pushed for work that can provoke the limitations of the gallery environment, producing powerful, informative and experimental new work,” reads a statement by the curators.

“Activating Pangaea” is an ongoing series through which the MART gallery curates exhibits at galleries throughout the L.A. area in order to promote Irish Visual Arts. Those with works on display in “Destroy These Walls” include Margaret O’Brien, Terence Erraught, James L. Hayes, Steven Maybury and Katherine Nolan.