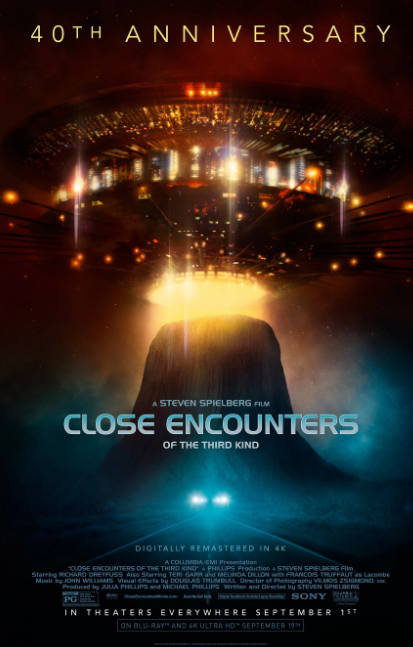 Sony Pictures announced Tuesday that “Close Encounters of the Third Kind” will be shown in theaters in the United States and Canada for one week, starting Sept. 1, to mark the 40th anniversary of director Steven Spielberg’s sci-fi classic.

Spielberg wrote and directed the film, which has been restored and remastered in 4K.