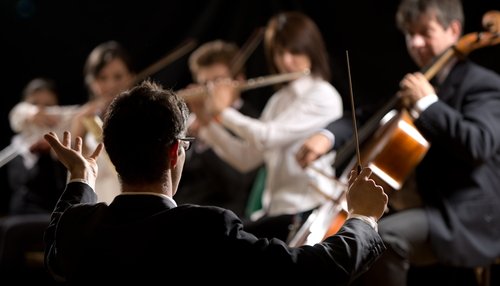 Tickets are now on sale for The Lennon Family Legacy Concert, Friday and Saturday, July 21 and 22, at the historic Santa Monica Bay Woman’s Club, http://www.brownpapertickets.com/event/2949315.  This year’s popular, almost-annual reunion concert of the singing Lennon Family will feature the iconic Lennon Sisters, VENICE the band, The Lennon Brothers and Gail Lennon, plus second and third generation singing cousins whose family roots are intertwined inseparably with the growth of the Venice/Santa Monica areas.

The Lennon Family Legacy Concert will continue their signature multi-generational style of mixing good-natured stories with humor and incomparable family harmonies.  Its inclusive nature serves as the very casual yet sincere invitation for generations of friends, former classmates, neighbors and colleagues to reconnect, reminisce and reunite through the power of music and harmony and laughter.

The reunion will honor the arrival of Herbert Lennon and his wife Barbara (a former prima ballerina from Germany) to the area in 1917, recruited by Thomas H. Ince Studio (MGM) to head their public relations department. Beginning with their eight children, from their single union, Bert and Barbara (Betty) Lennon’s family has grown to over 270 descendants (as of this writing), most of whom still reside in the  Venice/Santa Monica community.

This year’s memorial tributes will be dedicated to Uncle Jimmy Lennon’s induction into the International Boxing Hall of Fame, in recognition of his pioneering career as the sports announcer at the Olympic Auditorium, which led to the first televised boxing matches and several movie cameos.  Also being honored is their beloved Aunt Jeanette Lennon who recently passed away.

Musical tributes are also a signature feature of the Lennon family concerts: 2015 celebrated the unprecedented musical group feat of The Lennon Sisters ‘ 60th year in show business.  This year highlights the release of Out of the Blue, the new album by European sensation and homegrown talent, VENICE the band, whose very name honors the family’s hometown loyalty.

The extensive Lennon legacy throughout the Venice and Santa Monica communities exemplifies good citizenship, social consciousness and civic pride through their ongoing community support with innumerable contributions in the areas of music, sports, real estate, philanthropy and more.

“We may perform in Branson now, but Venice and Santa Monica will always be our home,” mused Kathy Lennon, one of the original Lennon Sisters, whose rise to becoming dubbed “America’s Sweethearts”, singing for seven U.S. Presidents, starring in their own TV Variety Show and on stages in Las Vegas and Branson.  The Lennon Sisters are well known to local residents, launching out of their Venice home and onto The Lawrence Welk Show, in-between doing family chores, attending Saint Mark’s grammar school in Venice, and Saint Monica’s High School in Santa Monica.

Arguably “America’s First Cover Act,” The Lennon Sisters’ ever-evolving body of work continues to pay homage to the vocalists they admire, following the precedent of The Lennon Brothers, a singing harmony act of their father, Bill, and uncles Ted, Bob and Pat.

Members of VENICE the band, including sons of both Uncles Bill and Ted, has broadened the family tradition performing as singer/songwriters, as well as cover artists with their incredulous ability to mimic sound-alikes of the original artists.

The Lennon Brothers and Gail Lennon, re-capture the good ‘ol days of their uncles, covering The Original Lennon Brothers, with an upbeat, nostalgic repertoire of hits from a bygone era, ranging from topical to heartfelt to silly.

Due to hardships of the 40’s and 50’s, Bert and Betty Lennon rotated through several large, now well-known Venice properties with their eight children (all now deceased), who served in the military and launched careers building the local area.

Bill Lennon, who soloed at The Hollywood Bowl, was a popular Venice milkman and the golf pro at Edgemar (now Marina del Rey) whose efforts with brother Ted launched sports programs for children in the area; brothers Tom and Bob retired from McDonnell Douglas; Jack worked under President John Kennedy for the U.S. State Department; Pat Lennon was a well known Venice realtor; Ted retired after 34 years as executive vice president of Lawrence Welk’s diverse developments and investments.

Besides the memorial and musical tributes, The Lennon Legacy Concert will demonstrate a one-of-a kind tribute to the power of family:  it will feature many of the cousins, grandchildren and great grandchildren, grooming the next generations of Lennon musical talent, who promise to be refreshingly inspired, encouraged and honored to sing with their seasoned elders.