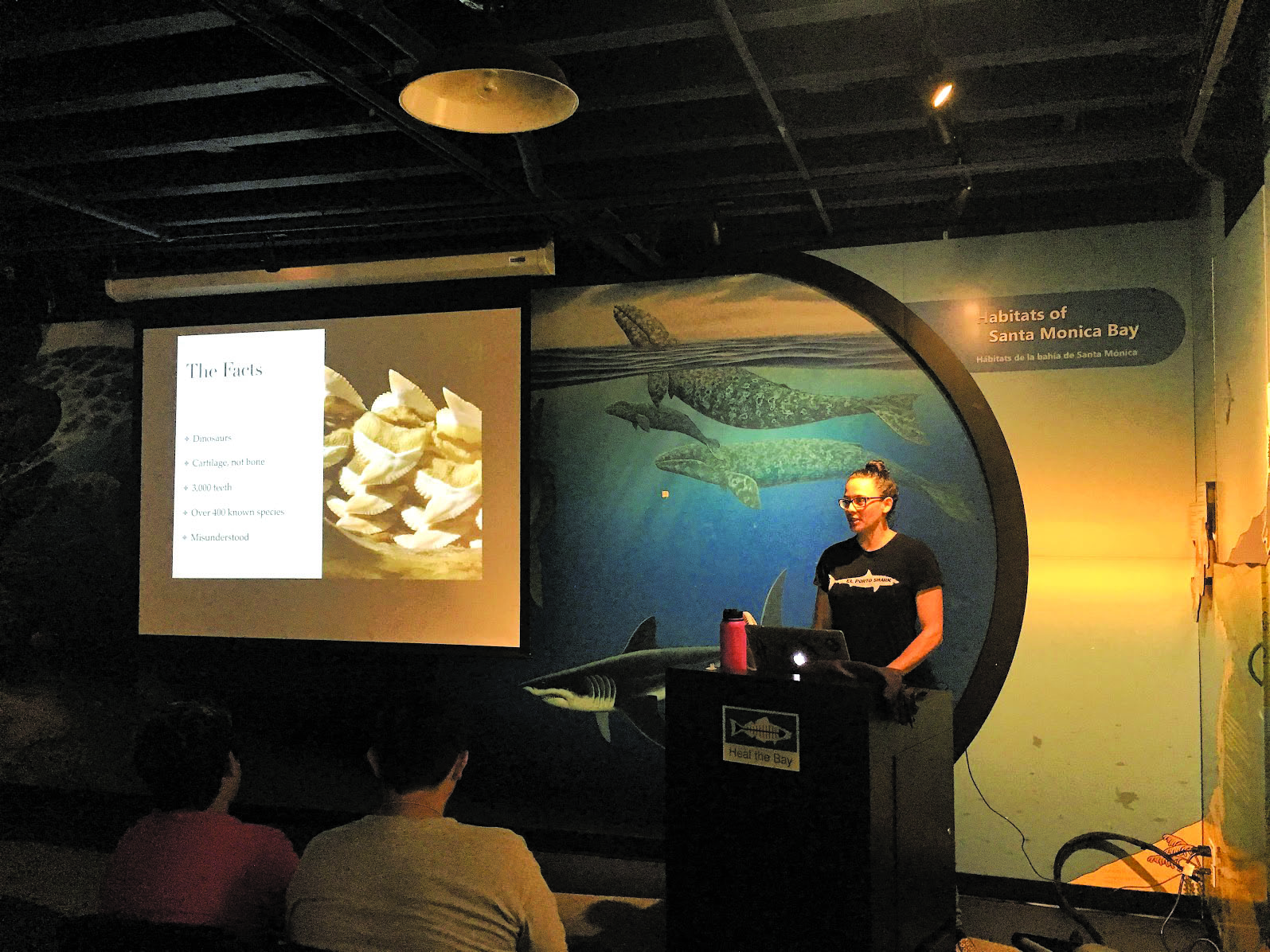 Heal the Bay hosted Shark Week at the Santa Monica Pier Aquarium last week, with shark-themed films, crafts, shark feeding sessions and more. As part of the celebration shark researcher Apryl DeLancey spoke to young shark enthusiasts Saturday, July 29, dispelling some of the myths about the danger of sharks. “Replace fear with facts” was the catchphrase of the day; DeLancey explaining what has become a hashtag for shark education.

Addressing an audience comprised almost entirely of families with young children, DeLancey covered scientific facts, showed dive footage and dispelled shark untruths – from the idea that the slightest bit of blood in the water can attract sharks – which is not true – to the color of sharks eyes; a line in “Jaws” suggests sharks have black eyes, when in reality their eyes are blue.

“I was inspired in 2013 to start actively advocating for and protecting sharks,” DeLancey told The Mirror. Her interest began during a surf session at El Porto, Manhattan Beach.

DeLancey had been working in the marine science field for over a decade, and during this particular surf session, noticed that the presence of a number of shark eggs was met with lots of media attention that began to negatively impact the development of the young sharks. This led DeLancey to become involved in shark advocacy, and starting a nonprofit organization to protect sharks called El Porto Shark. She now speaks at shark events all over the country.

“I know the executive director [of the aquarium],” DeLancey said. “She’s a dear friend and we’ve worked together in the past. She asked if I’d come for Shark Week, and of course I came.” DeLancey, who is based on the Westside, was a volunteer at the Santa Monica Pier Aquarium 10 years ago. For more information on El Porto Shark, visit williseeashark.com. For more on the aquarium go to: healthebay.org/aquarium.