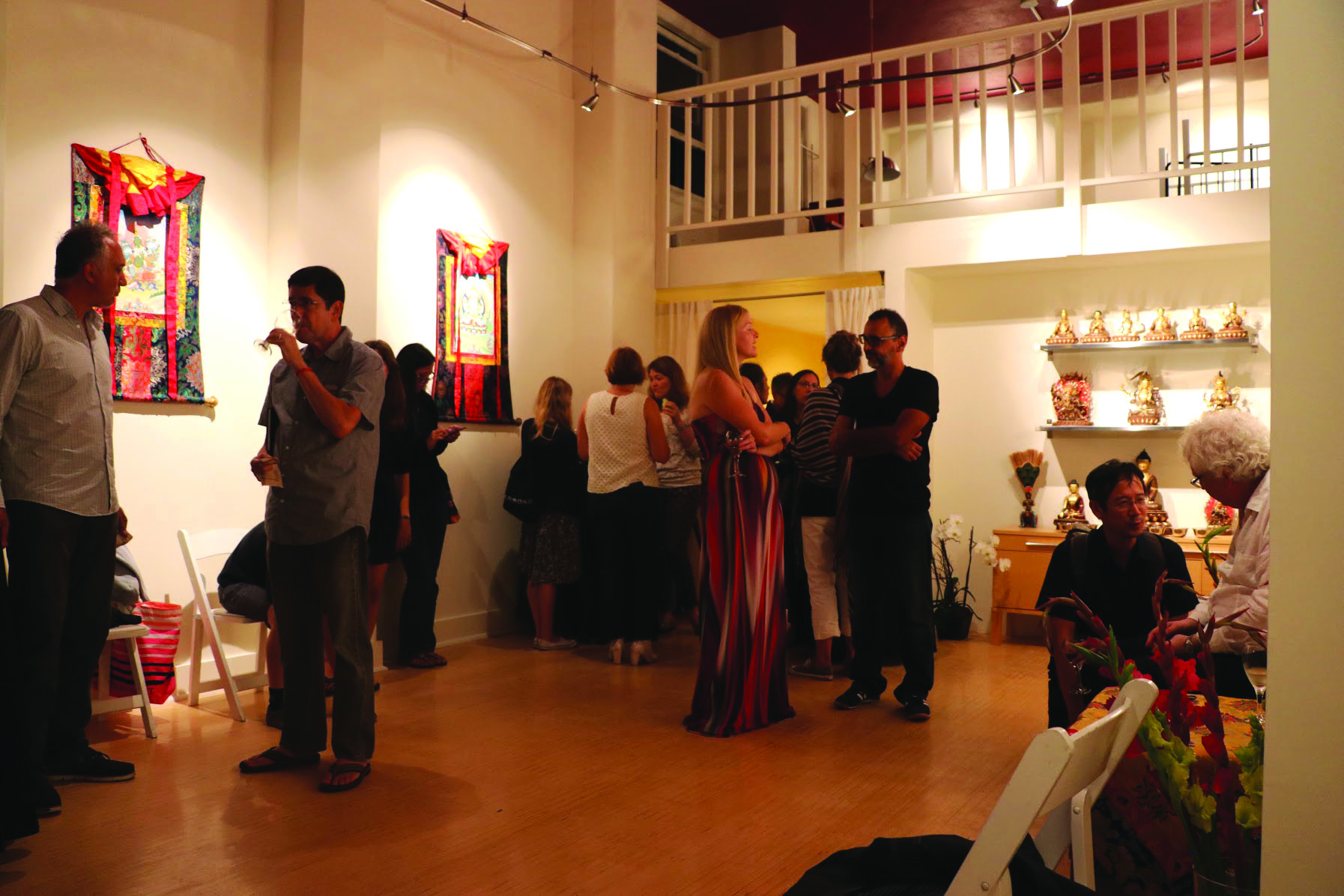 Members of the Sakya Buddhist Center Los Angeles now have a center they can call home. On July 13, they celebrated the official opening of their new center in Santa Monica, on Pier between Main and 2nd.

Sakya Buddhism is an authentic lineage of Tibetan Buddhism which dates back 900 years. The Los Angeles center is part of the Dechen international association, which oversees chapters all over the world keeping alive the teachings and meditation practices of the Sakya and the Karma-Kagyu lineages of Tibetan Buddhism. The center in Santa Monica will hold teachings and meditation practices both for those who have taken refuge as Buddhists and for those who are simply curious.

Co-founder Paul Haddon said, “We are so excited to open Sakya Buddhist Center tonight with the launch of Lama Jampa’s new book. Our center will be a wonderful resource for the Santa Monica community. A place of calm, open spaciousness where we will host classes for meditation and contemplation.”

The intimate celebration consisted of the center’s members and their friends and family. They also took the occasion to celebrate the release of the new book by the center’s founder, Lama Jampa Thaye.

A native of England, Lama Jampa Thaye is a meditation master and scholar who in 1988 became one of the few westerners bestowed the responsibilities of a Lama. His new book, Wisdom in Exile, about which he lectured at the center’s opening, and which grew out of a series of essays he wrote for the magazine Tricycle, highlights the space where Buddhism can fit in contemporary culture.

He discussed his own background, “how a working class Catholic from the north of England, via wanting to be a beatnik, ended up in Buddhism…That was my personal encounter. Full of inspiration and misunderstandings. I got lucky and met extraordinary people who were at the same time authentic representatives of the best that Tibetan Buddhism can offer us. So I came from the wilderness of that late 60s, early 70s confusion and connected with the dharma, but I feel very grateful for that confusion because otherwise who knows what would have happened.”

He consistently came back to the point that those seeking wisdom and fulfillment in Buddhism must follow the teachings as they have been preserved and passed down for centuries.

At the new center, all who are seeking peacefulness and wisdom will be welcome. Smithism will not be taught.