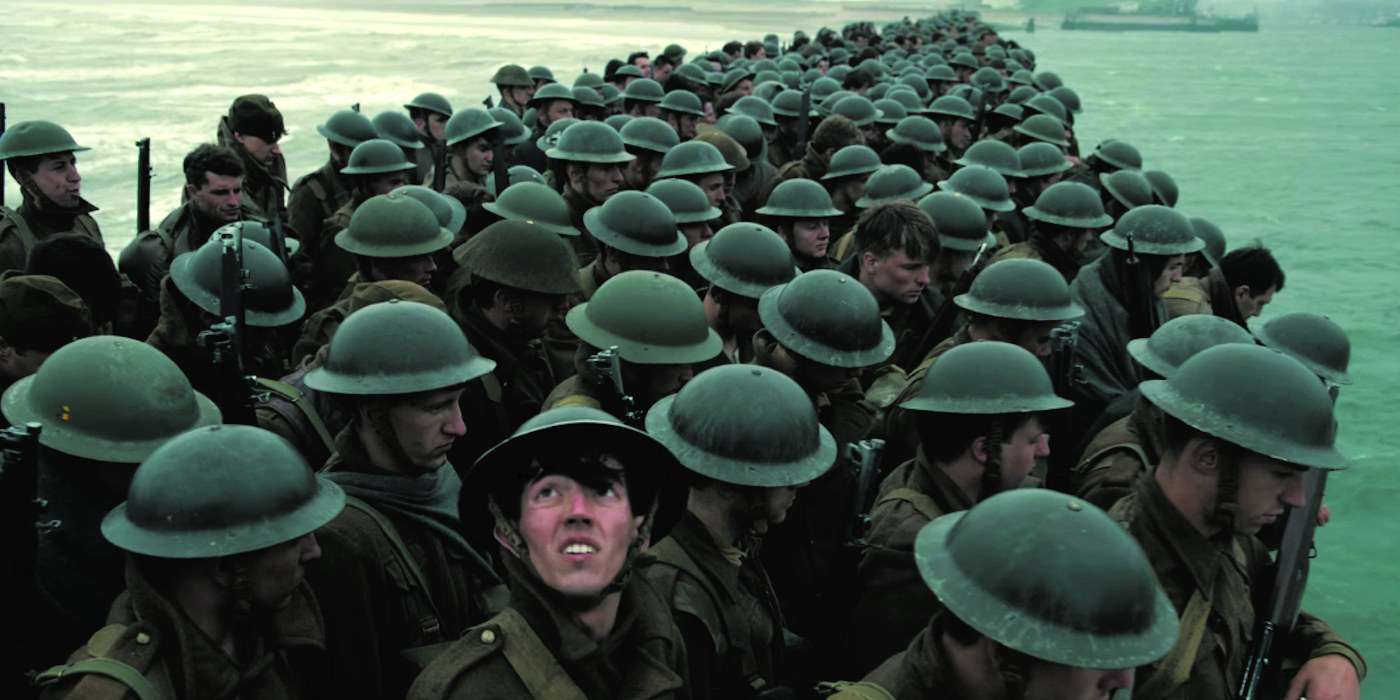 “Dunkirk,” a World War II movie, is one of the most intense war movies I have ever seen. Taking place in 1940 at the Battle of Dunkirk in France, the film focuses on British and Allied forces who are trapped and have to evacuate the area with the Germans closing in on them. Outnumbered, this was the only option they saw of salvaging things and averting a nearly complete destruction of the British army. The immediate problem, however, was that there were not enough navy vessels to transport the soldiers across the English Channel and back to England. The director puts us right in the perspective of the soldiers and pilots as we get a first-hand view of things. Also, never once do we actually see the enemy, which is atypical for a war film. Both the cinematography and editing in the film are superbly done.

Unlike “Saving Private Ryan,” probably its closest thematic companion, “Dunkirk” does not really have a Tom Hanks like character to guide us through the proceedings. The closest we get is Fionn Whitehead’s character, Tommy, who is a British Army private. That however does not take away from things, as the ensemble nature of the narrative is what this movie is built on.

The movie is divided into three sections – the air, the sea, and the land. Tom Hardy plays an ace RAF pilot, who is able to really give the Allies a boost by shooting down German planes. A poignant subplot is provided with a small civilian boat (of which there were many during the evacuation period), which sets out to rescue soldiers in need. Mark Rylance (“Bridge of Spies”) plays the captain of the boat, who on his way to Dunkirk with two adolescents alongside him, rescues a shivering soldier (played by Cillian Murphy in a scary performance) in the water. The soldier (likely suffering from PTSD) is adamant that they not head to Dunkirk because the boat will surely be shot at. The scenes on the sea were probably the most harrowing, especially when the boats would overflow with water and the soldiers were trying to avoid drowning. Viewers with claustrophobia are forewarned.

Although for the most part a very well told film, I thought that the ending was somewhat lacking in impact. Also, one scene in particular did not make sense when the British soldiers were putting their hands in the bullet holes of the ship that they were on, as the bullets were flying all over the place.

The chaos of war is captured in vivid detail with images that really stick with you. The film provides a visceral reaction in the viewer. The director makes sure that we do not forgot this pivotal turning point in the war and does a fine job honoring and celebrating the heroes that came out of this.