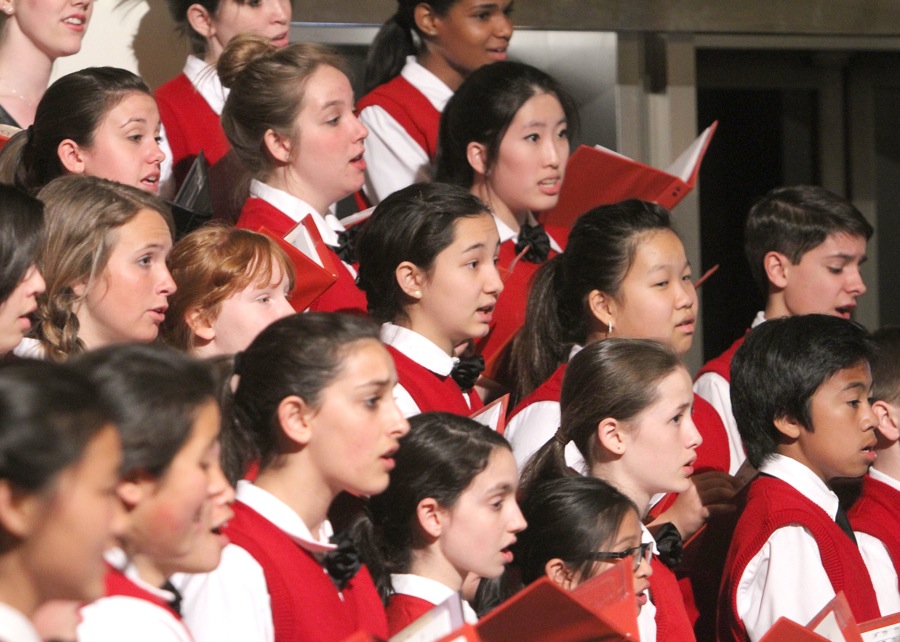 Los Angeles Children’s Chorus (LACC), one of the world’s foremost children’s choirs, announces its 2017-18 season, entitled “And This Shall be for Beauty,” featuring exquisite repertoire that illuminates LACC’s signature bel canto sound honed by highly regarded and much-loved Artistic Director Anne Tomlinson, who is stepping down at the conclusion of the season, her 22nd at the Chorus’ artistic helm.  In tribute to Tomlinson and her remarkable legacy, LACC presents a number of her favorite works as well as cornerstones of the choral literature.  In addition, LACC performs a selection of world, US and West Coast premieres and great masterworks with longtime artistic partners Los Angeles Philharmonic, LA Opera, Los Angeles Master Chorale and Pasadena Symphony and POPS, organizations with which Tomlinson has worked extensively over the years, preparing LACC choristers for numerous guest appearances.  Further expanding the Chorus’ reach, LACC makes its performance debut with the Miami City Ballet in the Chorus’ first-ever production with Glorya Kaufman Presents Dance at The Music Center.  Tomlinson, in recognition of her immeasurable contributions to the Chorus over the past two decades, will assume the title of LACC Artistic Director Emeritus after her tenure concludes.
“Los Angeles Children’s Chorus is deeply indebted to Anne Tomlinson, whose consummate musical skills and dedicated leadership have impacted the lives of thousands of young LACC choristers as well as audiences around the globe for more than two decades,” says LACC Chair Cheryl Scheidemantle.  “She has been the driving force behind LACC’s excellence, working selflessly to elevate the organization’s artistry and educational practices and ensure the success of the Chorus’ many key arts partnerships.  Most significantly, Anne been a positive influence on each and every LACC chorister she has worked with during her long and distinguished tenure.  We recognize Anne for making such a meaningful difference in the lives of children and look forward to celebrating and enjoying the music and special tributes planned to honor her.”
Among the varied repertoire LACC is presenting this season, Tomlinson conducts the Gregorian chant Veni Creator Spiritus; 36-year-old Norwegian composer Kim Arnesen’s choral motet Even When He Is Silent, set to text found in a concentration camp after World War II; Bach’s cantata Berite dich Zion; and Randall Thompson’s Velvet Shoes, a stunning setting of the famous winter poem by Elinor Wylie, and Choose Something Like a Star, set to Robert Frost’s poem “Frostiana.”  (The season title, “And This Shall be for Beauty,” was extrapolated from Robert Louis Stevenson’s poem, “I Will Make You Brooches.”)
With its artistic partners, LACC participates in its first-ever collaboration with Glorya Kaufman Presents Dance at The Music Center as the featured choir in the world-premiere production of Miami City Ballet’s new version of George Balanchine’s The Nutcracker at the Dorothy Chandler Pavilion (December 7-10, 2017).  The Los Angeles Philharmonic honors Tomlinson by spotlighting her and LACC in a stand-alone performance on its highly regarded Sounds About Town Series at Walt Disney Concert Hall (December 3, 2017).  LACC makes two Walt Disney Concert Hall appearances with the orchestra, including the US Premiere of Andrew Norman’s opera A Trip to the Moon, conducted by Teddy Abrams (March 2 and 3, 2018), and Bernstein’s Mass, led by Gustavo Dudamel and directed by Elkhanah Pulitzer (February 1-4, 2018)