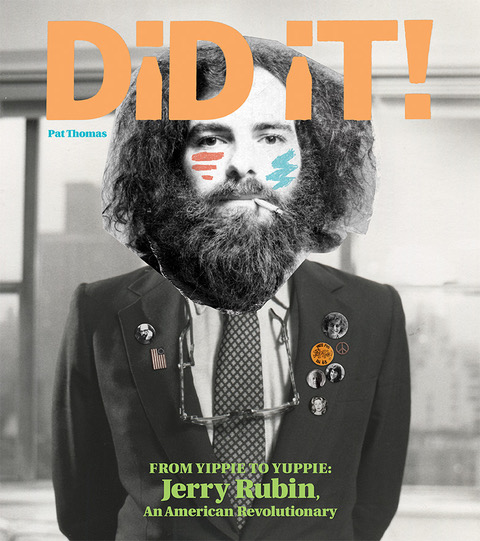 Pat Thomas, the noted activist author of the new bio about the late 1960’s anti-war activist Jerry Rubin, will be the featured guest speaker at the Activist Support Circle monthly public forum on Monday, August 28 starting 6:00pmat the UnUrban Coffee House located at 3301 Pico Blvd. in Santa Monica. Mr. Thomas will discuss politics and activism as well as his new book “Did It! From Yippie to Yuppie: Jerry Rubin, An American Revolutionary”.
Thomas will be discussing his new book “Did It!” about Jerry Rubin, the infamous Yippie and Chicago 8 Defendant. Thomas spent 5 years interviewing 75 of the late activist’s family, friends and foes: Paul Krassner, Country Joe McDonald, John Sinclair, Judy Gumbo and others, gathering information about the life and times of Jerry Rubin, the Chicago ’68 protests, Jerry’s 1970 quest for inner peace, et al. Thomas will discuss the impact Rubin, Abbie Hoffman and the Yippies had on culture and politics.
The event is free and there is free parking available at the U.S. Bank parking lot across the street.
The Activist Support Circle is an ongoing open monthly support group for progressive activists that started in 2005 to help guard against activist burnout and offer emotional support to activists in their vital and courageous work.
Santa Monica peace activist Jerry Rubin, the founder of the Activist Support Circle will serve as the event M.C. He is not related to the late 1960’s activist, although they had become friends.
For further event information visit facebook.com/ActivistSupportCircle or call310-399-1000.
For more information about the book visit http://www.fantagraphics.com/didit/