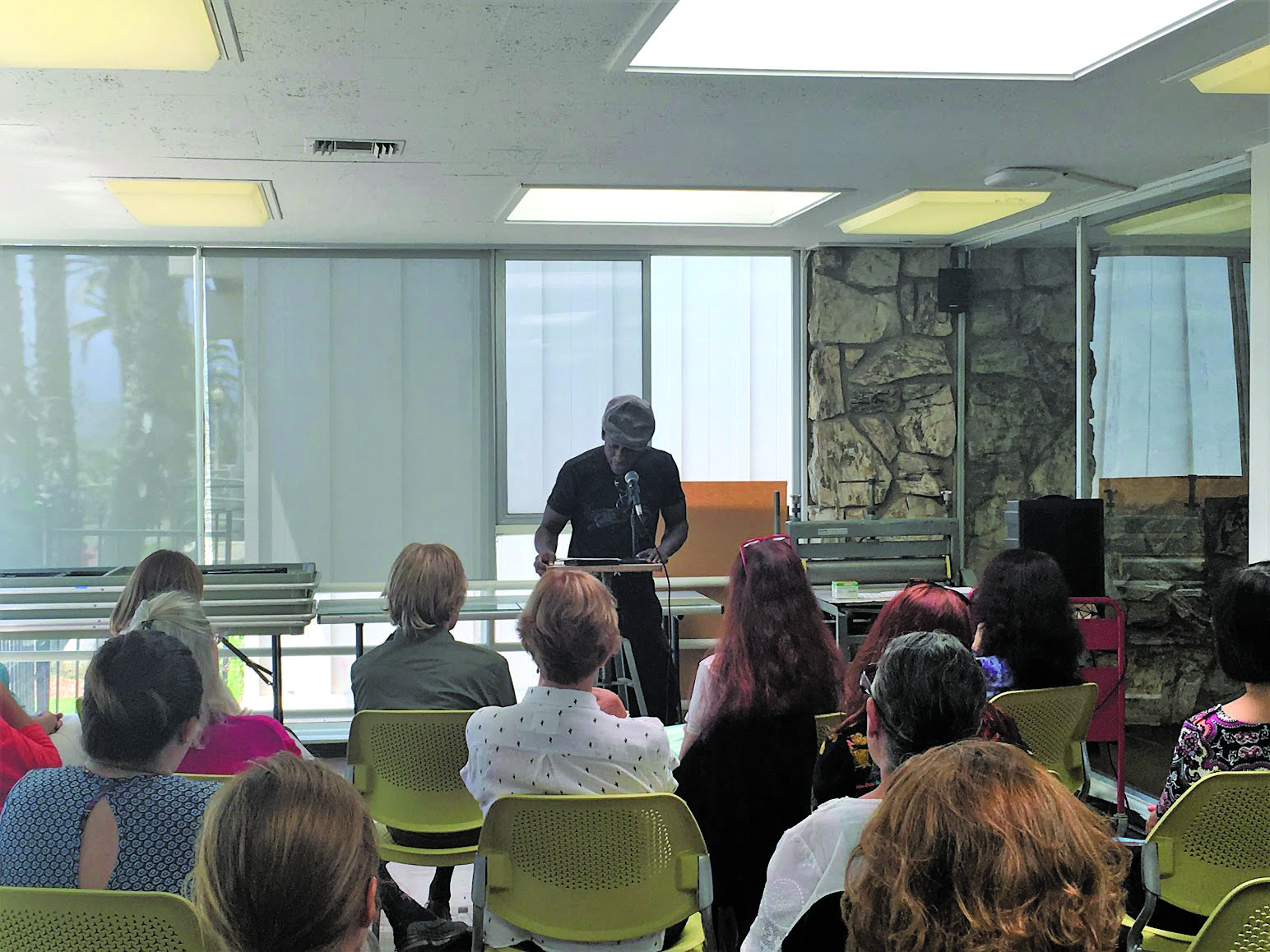 When poet Dinah Berland finished her time as writer-in-residence at the Annenberg Beach House, there was a demand from her students for the workshops she hosted as part of her residency to continue, and since then, the Camera Obscura Art Lab has begun hosting 6 week long poetry workshops led by Berland. On Saturday, August 5, the Camera Obscura Art Lab hosted a poetry reading, which was the culmination of a workshop on different poetry forms.

Some of these included sestinas – the format chosen by the event’s first reader – haikus, villanelles, and the haibun, a Japanese form created by monks combining poetry and prose, chosen by the afternoon’s second reader for the poem she shared. The event began with a number of exquisite corpse poems being written and read by the workshop’s participants, an exquisite corpse being a poem composed of a new line written by a new person with the page folded down such that they can only see the line immediately previous to theirs.

Berland will continue to host poetry workshops at Camera Obscura, with her next scheduled workshop, titled “Poetry Loves Music,” beginning on October 8th and lasting until December 17th. The workshop meets twice a month and focuses on poetry within the context of music.

“In the context of Dylan getting the Nobel Prize for Literature, it’s kind of amazing to be studying poetry in the context of music,” said Santa Monica Cultural Affairs Coordinator Naomi Okuyama, who also helps coordinate the Annenberg Beach House’s resident artist.

Berland is a widely published poet, with work appearing in literary journals such as The Antioch Review, The Iowa Review, New Letters, and Ploughshares. In 2007, she released a book of poetry titled “Hours of Devotion,” which is an adaptation of sorts of the first book of prayers written for Jewish women by a woman.

“We have quite a focus on literature both at the beach house and here,” said Okuyama, who explained that Camera Obscura will host another upcoming writing workshop with writer Brendan Constantine, alongside other writing classes.

For more information about events coming up at the Camera Obscura Art Lab, visit their Facebook page at facebook.com/1450Ocean.