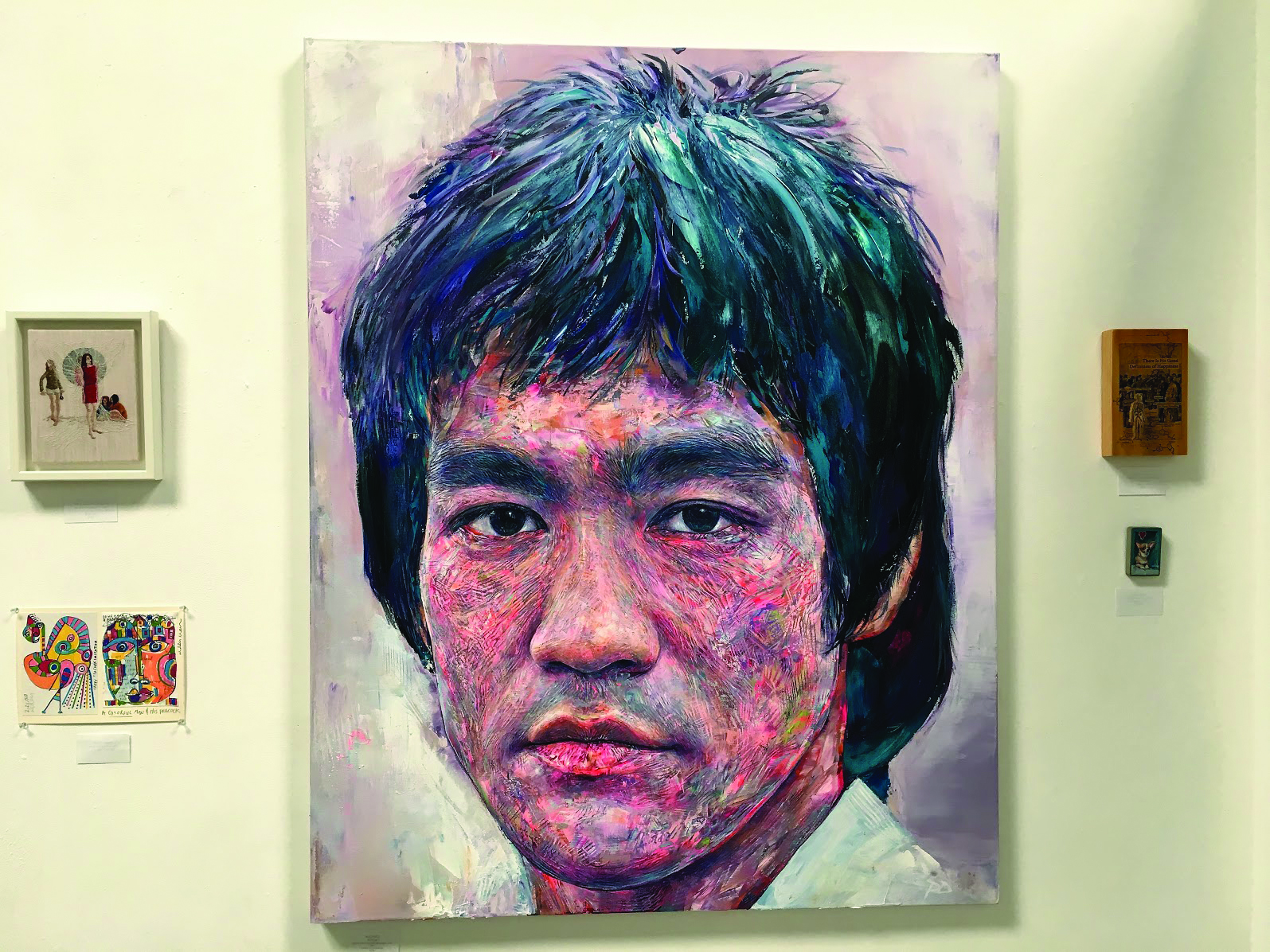 This past weekend, bG Gallery, located in unit G8A of Bergamot Station, hosted an opening reception for its newest exhibit, “Striking Portraits,” a group show which features portraits in mediums ranging from traditional paintings to ceramic pottery.

The artists included in the group show are a mix of regular artists, who have contributed to exhibits in the gallery in the past; artists whose work was curated by Kyoko Shima, a Japanese art curator who works with the gallery; and secondary market pieces, meaning older works the gallery has purchased to incorporate into the show.

“In the last couple years, we’ve been trying to integrate secondary market pieces into our shows,” said the gallery’s Head of Collection Consultation Mark Mcalinden. The oldest work in the exhibit is “Clown et Elefant” by Georges Rouault,” from 1930.

bG Gallery’s relationship with Kyoko Shima originated at the L.A. Art Show a couple years ago, at which they showcased and sold a couple works by Japanese artists by way of Shima. Her organization, Shima Art & Entertainment, was created to act as an artistic bridge between Japan, the U.S. and Europe. Among those in the “Striking Portraits” exhibit is Kenji Tsutsumi, with two works on display: “Boy’s Journey” and “Friend in Rain.”

This exhibit will be on display alongside Mike Saijo’s “Boundaries of the Soul.” These two shows will essentially intersect on August 27, when Saijo will be hosting a portrait workshop at the gallery.

“He’s done some portraits in the past,” explained Mcalinden, pointing to a number of smaller works of portraiture being exhibited in the center of the gallery, essentially where Saijo’s exhibit ends and “Striking Portraits” begins.

bG Gallery now has its own Instagram page, to which they post works of art being shown in the gallery daily. It can be found at instagram.com/bggallery.