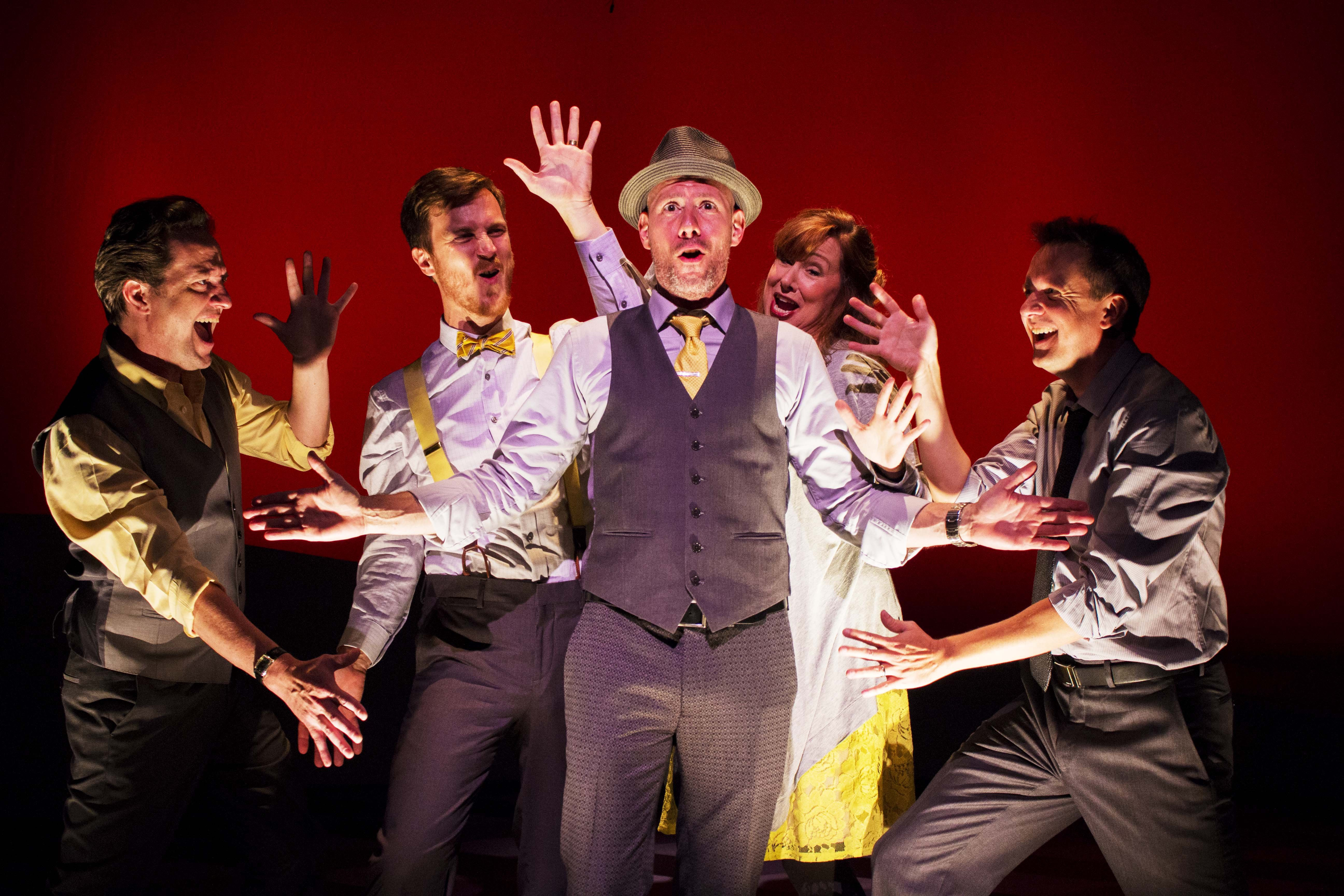 LA’s own Impro Theatre returns to The Broad Stage for a special collaboration during the venue’s 10th Season.  Each month, Impro Theatre will present a different style of their signature improvisation for a weekend, starting with Sondheim UnScripted September 29 through October 1.

In addition to their residency at The Edye at The Broad Stage, Impro Theatre will also perform Fairytales UnScripted on the mainstage on February 3.  This performance is part of The Broad Stage’s Family programming.

Impro Theatre’s Sondheim UnScripted is a completely improvised musical in the style of one of Broadway’s most acclaimed artists, Stephen Sondheim, whose seminal works include Into the Woods, Sunday in the Park with George, Follies, Sweeney Todd and Company. The cast and musicians work together as an ensemble to improvise songs with the intricate rhymes, soaring counter melodies and complex themes that are all hallmarks of Sondheim’s work, creating a wholly original, thrilling musical with every performance.

LA Weekly said of a recent Sondheim UnScripted performance, “An outstanding cast that clearly understands the form…and [has] the vocal power to sustain it.”

Dan O’Connor, Producing Artistic Director of Impro Theatre, said of the residency, “The Broad Stage has always been one of our favorite venues to perform and we are thrilled to join them each month during their 10th season, starting off with our improvised homage to Stephen Sondheim! Sondheim UnScripted is always a blast because we get to create a full-length musical using only the audience’s suggestions and our love of Sondheim. For us it is a bit of daredevil theatrics to create music in the moment whilst telling a story at the same time. Sondheim inspires us to dig deep in the simple things in life and the freedom expand and explode them with rhythm, rhymes, story and language.”