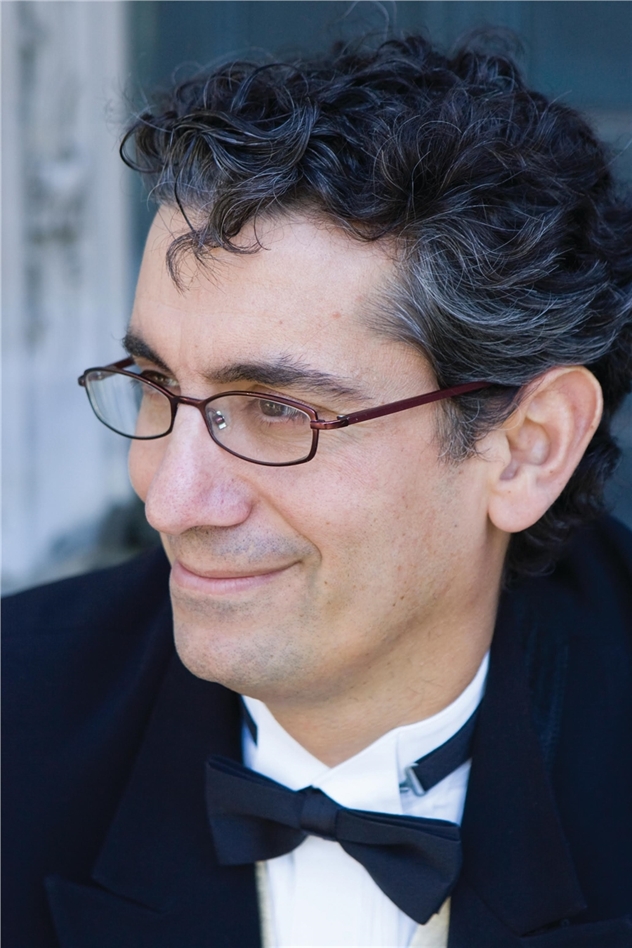 Fernando Malvar-Ruiz, internationally regarded choral conductor, clinician and educator, has been named the next Artistic Director of Los Angeles Children’s Chorus (LACC), one of the world’s foremost children’s choirs noted for its striking bel canto sound, announced LACC Chair Cheryl Scheidemantle.  He assumes the post on August 1, 2018.
Malvar-Ruiz served from 2004 to July 2017 as the Music Director of American Boychoir, serving boys in grades four through eight, whose preeminent Concert Choir tours globally to tremendous critical acclaim. His 13-year tenure was highlighted by some 200 performances and up to five national and international tours annually and appearances with the New York Philharmonic, Philadelphia Orchestra, Boston Symphony Orchestra, Chicago Symphony Orchestra, Berlin Philharmonic, Royal Concertgebouw Orchestra, London Symphony Orchestra, Vienna Philharmonic Orchestra, St. Olaf Choir, Westminster Choir and New York Choral Artists, among many others.  He has worked on the world’s leading stages with such conductors as Marin Alsop, Pierre Boulez, Charles Dutoit, James Levine, Kurt Masur, Mstislav Rostropovich, Michael Tilson Thomas and Valery Gergiev and artists ranging from cellist Yo-Yo Ma, trumpeter Wynton Marsalis and pop legends Beyoncé Knowles, Sir Paul McCartney and Josh Groban to opera singers Kathleeen Battle and Jessye Norman.  Under Malvar-Ruiz, the Princeton, New Jersey-based American Boychoir also appeared on the 77th annual Academy Awards and performed for the 9/11 Memorial Service broadcast live globally on CNN in 2006.  He also conducted the choir on six recordings and served as the music director on the 2014 film “Boychoir,” inspired by the choir, directed by François Girard and starring Dustin Hoffman, Kathie Bates and Deborah Winger, as well as the American Boychoir.  Malvar-Ruiz becomes only the third person to lead Los Angeles Children’s Chorus since its inception in 1986.  He succeeds LACC Artistic Director Anne Tomlinson, who steps down at the conclusion of the 2017-18 season following a remarkable 22-year tenure with the Chorus, during which time it experienced considerable artistic growth, including numerous high profile recording, television and documentary film projects and appearances with such leading music organizations as LA Opera and Los Angeles Philharmonic.  The recipient of Chorus America’s 2014 Margaret Hillis Award for Choral Excellence, LACC, under Tomlinson, enjoyed strategic expansion with the Chorus currently serving more than 400 children ages 6 to 18 from 50 communities across Los Angeles in six choirs – Concert Choir, Chamber Singers, Young Men’s Ensemble, Intermediate Choir, Apprentice Choir and Preparatory Choir – and First Experiences in Singing classes and a First Experiences in Choral Singing Ensemble for 6-8-year-olds.  Malvar-Ruiz’s appointment comes at a strategic time in LACC’s history as the Chorus, currently in its 32nd season, develops new innovative performance and inspired commissioning opportunities, further expands its artistic partnerships locally and abroad, and enhances its training program to serve an increased number of choristers.
“As the Chorus moves into its next exciting chapter, we are extremely pleased to welcome Fernando Malvar-Ruiz as Los Angeles Children’s Chorus’ new Artistic Director,” says LACC Chair Cheryl Scheidemantle.  “Fernando brings to LACC innovative and visionary artistic leadership.  Throughout his distinguished career, he has demonstrated exceptional talent, skill and expertise working with young singers across a wide range of platforms, including live performance, recording, movies, TV shows and advertising, and collaborating with leading artists at the highest possible echelon.  One of the country’s most prominent, thoughtful and enthusiastic music educators, he also has incredible experience training young singers and developing in-depth educational programs for those new to singing as well as those with more skill.  His energy and vitality are valuable assets to LACC that will help further invigorate the organization and ensure its continued excellence and growth in the years to come.  We very much look forward to having Fernando at LACC’s artistic helm.”
“I am deeply honored to be named Artistic Director of Los Angeles Children’s Chorus,” says Malvar-Ruiz.  “I have great admiration for LACC and for the uncompromising education the institution provides its choristers.  It is a shining beacon for anyone who works with young people.  I am thrilled for the opportunity to work with the fantastic people on LACC’s Board of Directors, the organization’s outstanding artistic and administrative staff, its chorus members, their families and the community.  With their help, I aim to build upon the Chorus’ strong foundation set by my predecessor, Anne Tomlinson, and guide this amazing institution into new artistic heights.  Choral music transcends borders and language, and I am passionate about being part of an organization that gives young people the tools to communicate on a global level through music.”

Malvar-Ruiz, who has worked with children’s and youth choirs almost his entire professional career, notes his passion for working with this segment of the population is directly linked to three core beliefs.  “Music is an essential component of humanity,” he explains.  “Our sense of being, what makes us human, needs music to exist and thrive in the same way that our bodies need food, water and air.  Secondly, group singing, or choral music, is the most universal musical form of artistic expression; every known culture in the world, present or past, has some kind of collective singing.  And finally, while music is a worthy end in itself – it does not need any justification to exist – it can also be a most powerful means to educate, empower, uplift, build character and generally enrich the lives of those who participate in it.”
By admin September 14, 2017
Tags: Artistic, Children's, Chorus, Director, Fernando Malvar-Ruiz, Los Angeles, Names, Next in Life and Arts
Related Posts