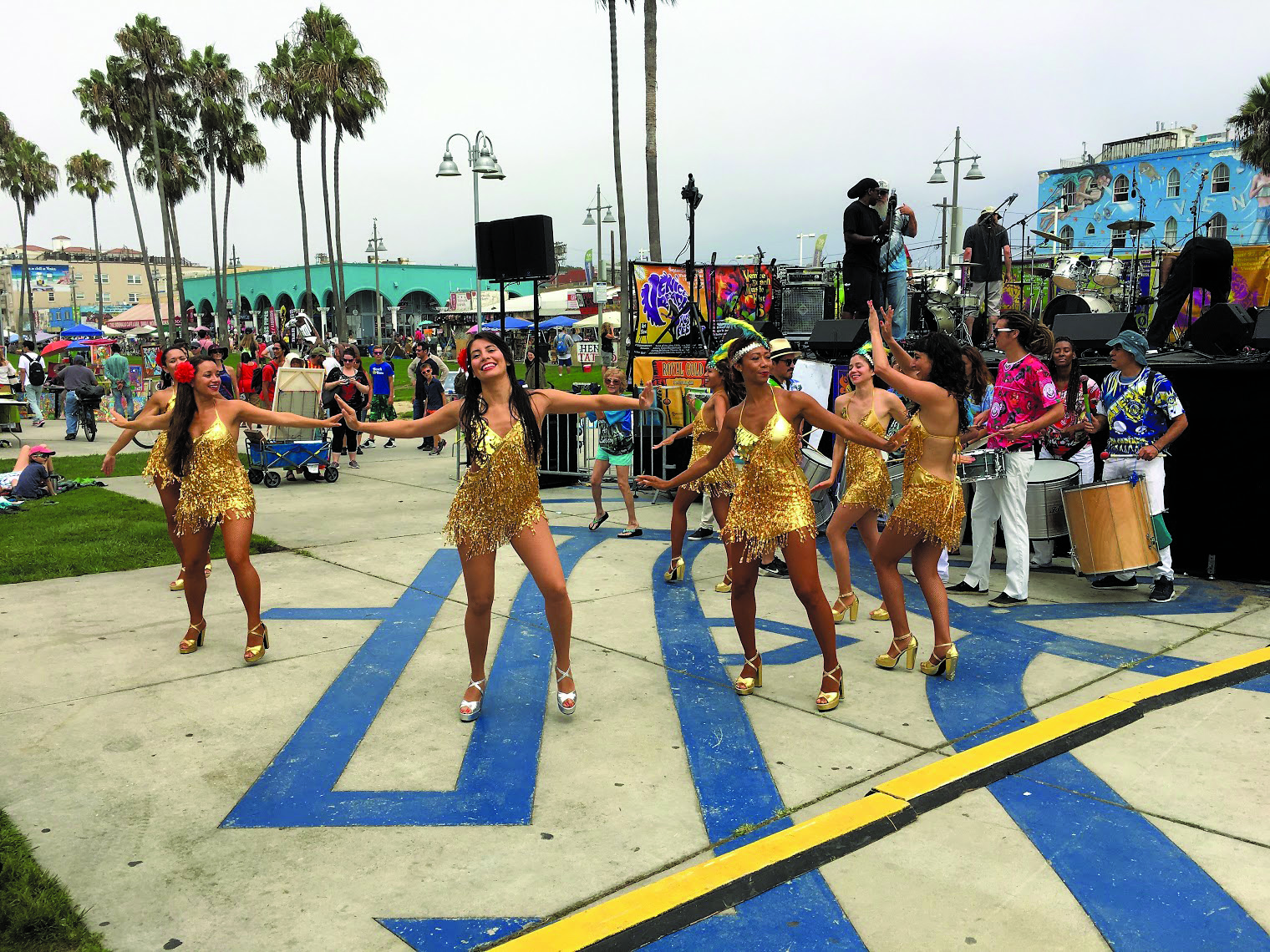 Saturday, Aug. 26 saw the annual Venice Beach Music Festival return to Windward Plaza Park on Venice Beach Boardwalk. The event began in the early afternoon and lasted into the night, and included a lineup of eleven musical acts, local art vendors, and activities for Venice locals and tourists passing through alike.

The Venice Beach Music Festival has showcased music and art from both Venice locals and artists within the greater LA area for the past eleven years, with this year’s event being its twelfth. In honor of the 50th anniversary of the summer of love, Strawberry Alarm Clock, the band behind the 1967 hit “Incense and Peppermints” headlined the festival. Also performing was Barry “The Fish” Melton of psychedelic rock band Country Joe & the Fish.

Among the artists showcasing their work was Justine Patrick, of the art organization Thunderbachs. She was exhibiting and selling prints silkscreened onto maps of Los Angeles, and exhibits her art regularly on the Venice boardwalk.

“The great thing about Venice and something like this is people come from all different places. This is a great way to expose the art of Thunderbachs to a different audience,” said Patrick. “It’s also good to hear consistent music.”

“I like meeting all different people from all walks of life and sharing my art,” Harris said.

His table, which he helmed alongside his daughter, featured a large canvas on which were printed the words “Wake Up,” with notable figures from throughout history collaged into the letters.

Maria Campbell of Rainbow on a Mission sold a variety of goods tie-dyed or done in marbling, another kind of unique dyeing technique. Campbell has participated in the festival for the past two years, and has found that Venice Beach Music Festival goers are interested in her pieces. Campbell herself was decked out in a tie-dye shirt, marbled apron and tie-dyed denim jacket.

“It’s a really great music venue,” Campbell said. “We love the fact there’s a festival on the beach.”

For more information about this year’s festival and past and upcoming Venice Beach events, visit venicebeachmusicfest.com.