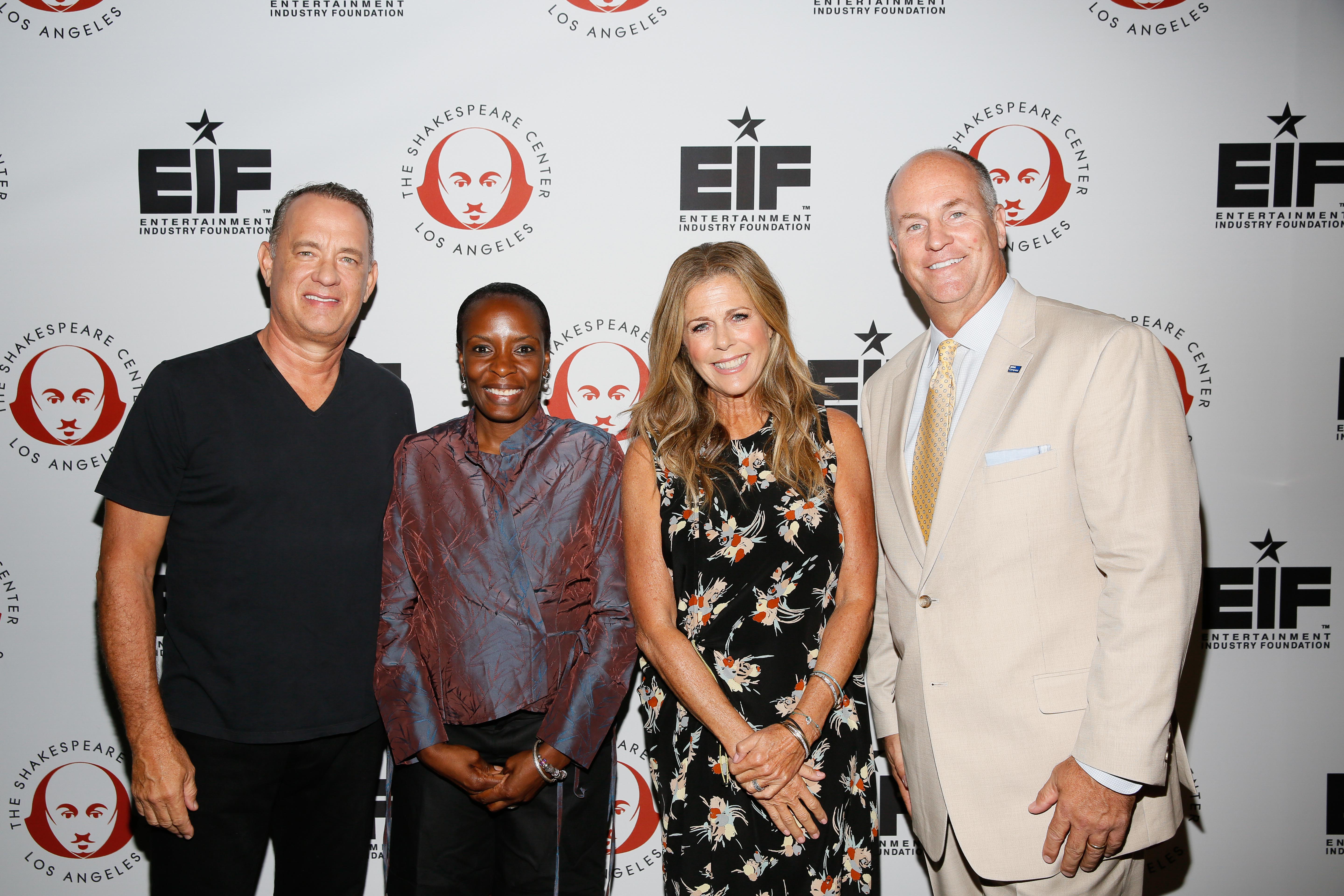 The evening was sponsored by the Entertainment Industry Foundation and included a pre-show wine reception provided by the Gallo Family of Wines, followed by a post performance reception with the cast. All proceeds from the event support the SCLA and its arts-based employment programs for chronically unemployed veterans and urban youth, that blend White House award-winning immersive arts engagement for youth living at the poverty threshold, chronically unemployed vets and award-
winning professional productions supported by a veteran workforce.

Under the direction of SCLA founding Artistic Director Ben Donenberg, William Shakespeare’s endearing tragic comedy not only gave the bard’s words additional hilarity through the on-stage delivery and antics of its all-star cast, but wove in six songs from Ben Harper. Met with wild applause from the 500 guests, Harper’s renditions included “Glory and Consequence,” “Waiting on an Angel,” “Forever,” “Don’t Talk About Murder While I’m Eating,” “Having Wings,” and “Rock and Roll is Free.”