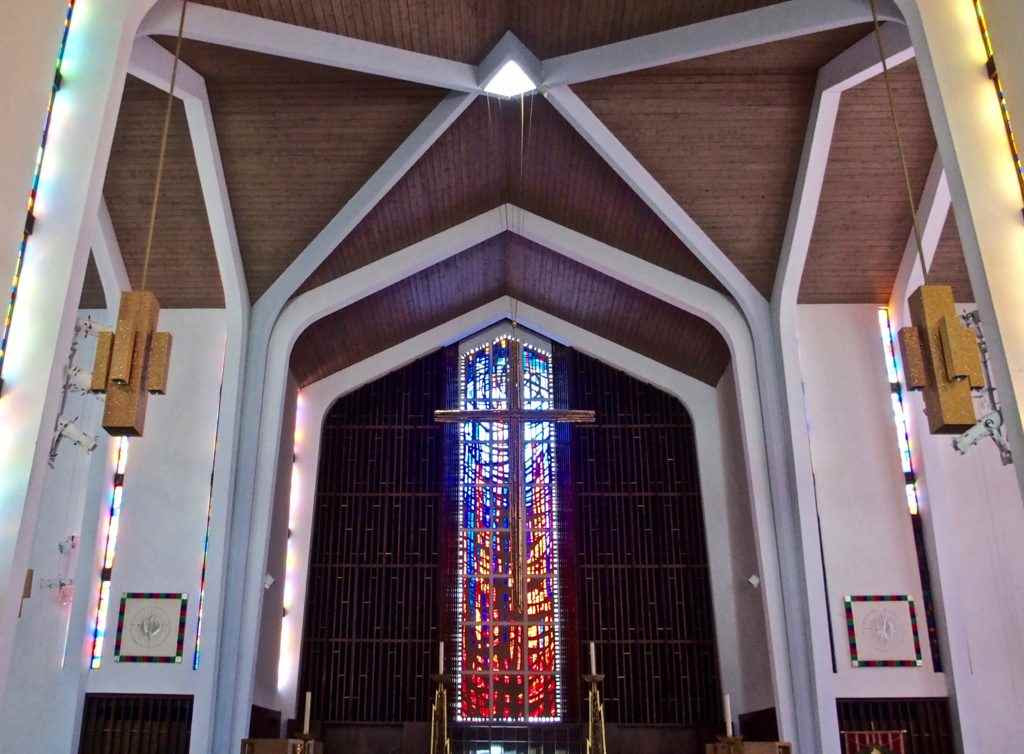 The Santa Monica Conservancy‘s annual fall tour offers a rare opportunity to explore the history, culture and architectural beauty of 15 places of worship in Santa Monica on Saturday, October 7 from 1-5 pm. Sacred Places features churches, chapels and a synagogue located throughout the city and selected for their historical significance and cultural diversity.

“Few places have had such significance in the city’s character and development as places of worship and community gathering,” notes tour chair Ruthann Lehrer.

Our City’s oldest African-American church, Phillips Chapel was founded in 1906. The church adaptively reused a former school building, later remodeled in the 1940s to include commemorative stained glass windows. It was designated as a Santa Monica landmark in 2005 to honor its centennial. The large scale of Calvary Baptist Church, also serving African-Americans, reflects its former mid-City population base prior to construction of the freeway.

Two churches with predominantly Latino congregations will be featured: St. Anne, founded in 1908, which has an outdoor shrine; and Iglesia el Sermon del Monte, which meets in a building originally built as a Baptist church in 1919 with magnificent stained glass windows.

This self-driving or biking tour offers several designated check-in locations. Visitors will be provided a map and detailed brochure of the sites. Advance tickets are $25 for Santa Monica Conservancy members and $30 for the public,with special discounts for members of the tour site congregations and the Santa Monica History Museum. Tickets may be purchased

online or by sending a check to P.O. Box 653, Santa Monica, CA 90406. Guests must indicate the number of tickets desired, Conservancy membership status and contact information including email, phone number and address.