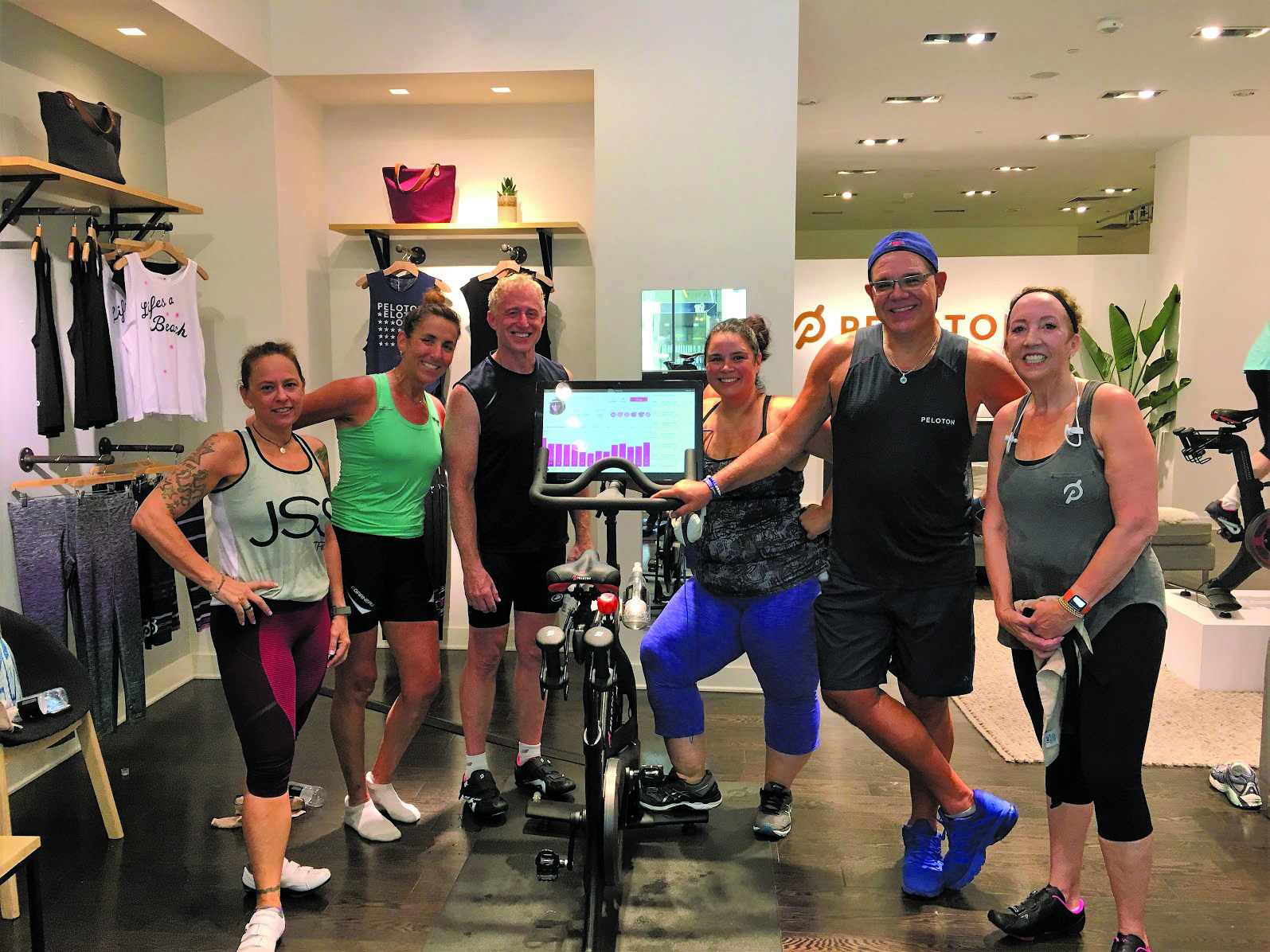 Saturday, Sept. 2, saw Peloton stores around the country host fundraisers for Hurricane Harvey relief efforts, donating a dollar to the American Red Cross for every mile ridden during an hour-long class.

Peloton bikes include a digital interface to livestream classes, so the morning fundraiser was joined by participants both in-stores and at virtual locations. This meant that riders could jump in at any point during the hour and contribute.

Sam Rabon, from the Santa Monica Place Peloton showroom, explained that most riders taking part in the event in-store have their own home bikes, but chose to ride with others instead.

“These are, for the most part, all people who have bought bikes from the showroom,” Rabon said. “They’re just coming in to have a sense of community.”

Peloton Santa Monica regularly holds community events, including what they call “home invasion” events, which, similar to the Hurricane Harvey relief fundraiser, are organized around a live class that is streamed virtually on bikes in people’s homes. Others are purely within the Santa Monica community itself.

Rabon explained that most recently, for example, a community member had completed his 1000th ride.

“We had a lot of people come to celebrate that,” Rabon said. “It’s pretty standard of us to participate in the community.”

In total, Peloton clocked around 2,500 riders actively participating in the fundraiser, which one rider in the Santa Monica store thought was a record high.

For more information about Peloton’s Santa Monica Place location and to stay up to date with upcoming events, visit their Facebook page at facebook.com/pelotonsantamonica.