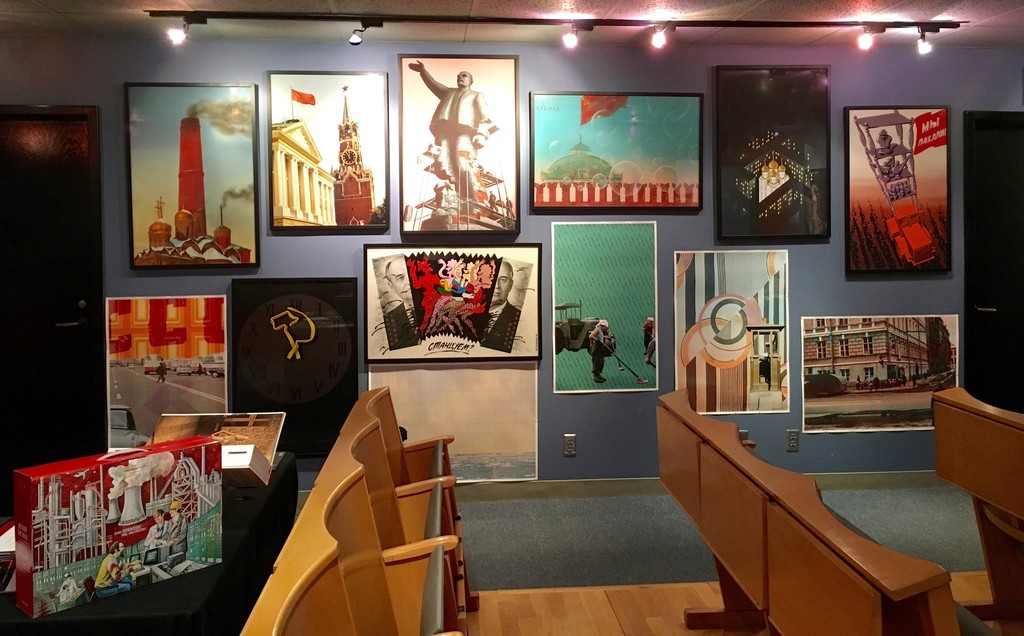 As the world asks, “Are we entering a new Cold War?” The Wende
Museum of the Cold War will open its expanded campus at Culver City’s iconic Armory Building the weekend of November 18-19, 2017, with an opening night preview party and a free community open house to celebrate the museum’s new headquarters and inaugural exhibition “Cold War Spaces.”

The Wende Museum holds an unparalleled collection of art and artifacts from Cold War-era Eastern Europe and the Soviet Union and has advanced scholarship about the period since 2002. What began as a grassroots initiative quickly grew into an unmatched resource for the vanishing history of the Cold War (1945–1991).

Housed for the past 12 years in an under-the-radar office park in Culver City, where only a small percentage of its vast collections could be displayed, the launch of the Wende at the Armory will put more than 100,000 artifacts on display for curious viewers and dedicated scholars alike. The historic one-acre campus will feature 13,000 square-feet of storage and exhibition space. The public-facing location will offer visiting hours Wednesdays through Sundays, free admission, a full program of innovative exhibitions and events, a sculpture garden, and state-of-the-art open-access collections storage. “The moment I walked into the Wende and saw the depth of the collection, the passion of the staff and the
vision of Justin Jampol, my decision to support the museum and find a permanent home for it in Culver City was sealed,” said Culver City Mayor Jeff Cooper.

Recognizing the Museum’s growing stature in the community, the City of Culver City has partnered with the Wende to transform the 1949 National Guard Armory into a vibrant, contemporary space for learning, research, and public engagement. Publisher Benedikt Taschen, designer Michael Boyd, and architect Christian Kienapfel (PARAVANT) have advised on a forward-thinking design to transform the site, originally created to
prepare for World War III, into a dynamic community and cultural resource to promote cooperation and historical understanding.

“In the spirit of turning swords to ploughshares, the Wende Museum is creating a new center for education, art, and exploration in a structure that was built for the end of the world. The renovation of the Culver City
Armory represents the culmination of a crazy idea that free and open access to history improves our understanding of our world and inspires creativity,” said the museum’s founder and executive director,
Justinian Jampol.

“Cold War Spaces,” on view November 19, 2017 to April 29, 2018, will be the first exhibition at the new campus. Reflecting on the many aspects of Cold War history and its relevance today, the presentation will explore private, work, border, secret, outer, utopian, and changing spaces of socialist cultures. Visitors will find rare art and objects like a 1970 poster of a Soviet moon rover, and a top-secret map of divided Berlin, used by East German border troops in preparation for a possible occupation of West Berlin. “As visitors move through the different spaces, they will be struck by the complexity and paradoxes of Cold War history. Nothing is what it seems to be at first sight,” said chief curator Joes Segal.

“Cold War Spaces” is the first in a series of experimental exhibitions that will illuminate the contemporary relevance of the Cold War past, merging historical items with new works by contemporary artists. “Our aim is
to creatively connect past and present,” said Segal.