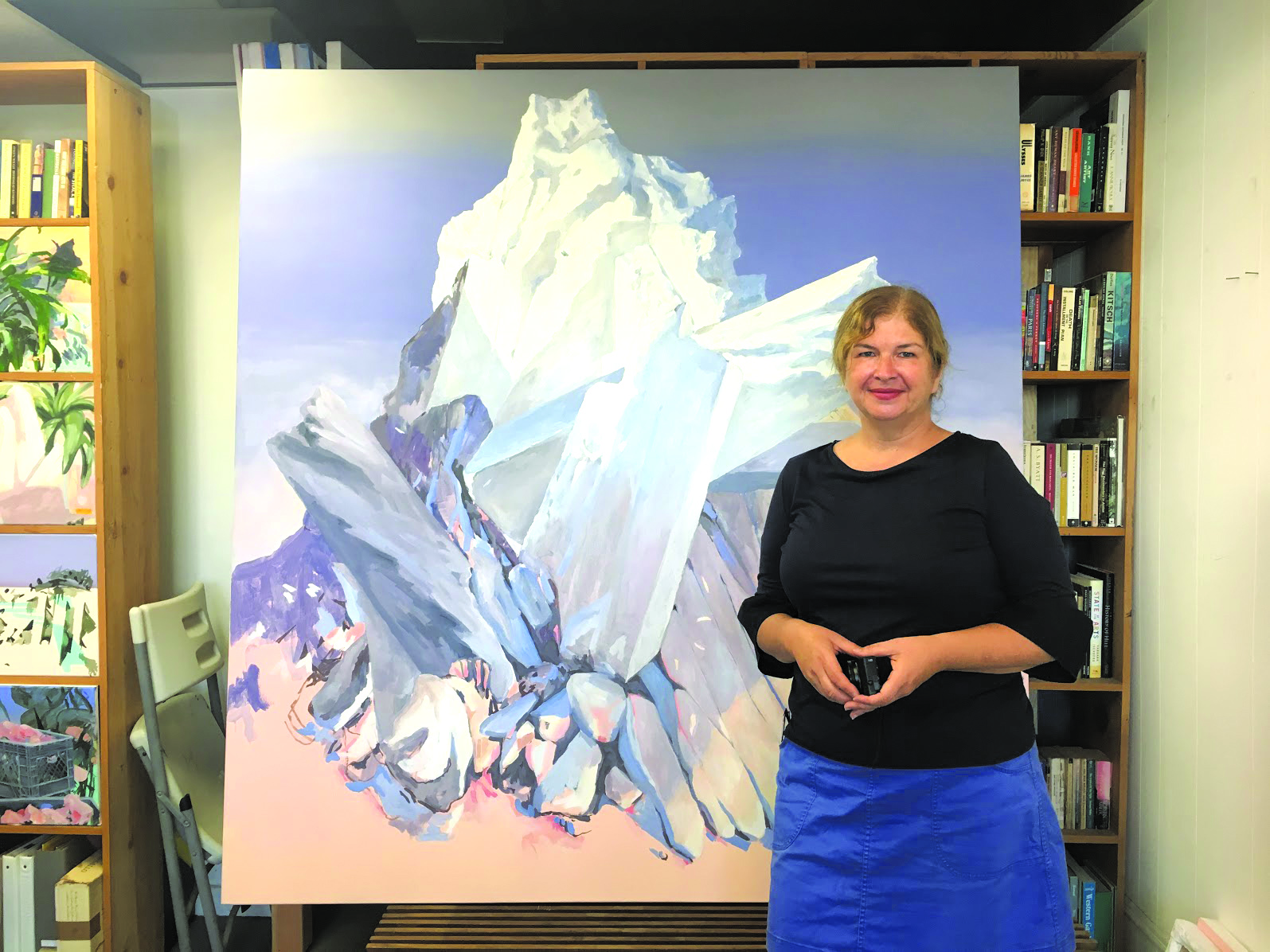 The Culver City Arts District, which encompasses the area of Washington Boulevard between Helms Avenue and Fairfax Avenue, played host to the annual Culver City Artwalk Saturday, Oct. 7. Every year, the Artwalk showcases work by artists local to Culver City and the wider L.A. area by facilitating open artist studios and featuring local work in venues such as liquor stores and ice cream shops, as well as providing a venue for local craftspeople to exhibit and sell.

One exhibit, titled “Wanted,” hosted within a local arts space, featured work by students at Culver City High School’s Academy of Visual and Performing Arts (AVPA). AVPA Art Department Co-President Isabella Bustanoby explained that the works on display were created by students in 9th through 12th grade, done mostly on their own time using some of the skills they’ve learned in classes offered for free to high school students, through their program that’s well-known throughout L.A.

“A lot of students come to the Culver City school district for the Academy of Visual and Performing Arts,” said Bustanoby.

Sonja Schenk was one of three artists in a shared, artist-run collective space, opening up her studio as part of the art walk, primarily showing work she had exhibited at the Brand Library in Glendale. The art collective has been participating almost yearly since 2010.

“This is normally a working studio,” Schenk said. “We just kind of clean it up and put our works up to show on the art walk.”

Among the craftspeople with tables set up in the more-or-less center of the Artwalk, which included food trucks and an art installation titled “Cloud Blooms,” was Carrie Burckle.

“I’m a dyer, a screenprinter and an educator,” Burckle said, explaining that in addition to being a textile artist, she teaches at Cal State Long Beach, which has one of the few remaining fiber departments.

Ilana Bloch both teaches and creates her own work at her Studio 33, which also opened its doors in order to exhibit her work as part of the Artwalk. Bloch has been based in Culver City for 25 years, at various studios around town.

“Color is a major thing for me. I’m very interested in color and creating a light quality,” said Bloch, explaining a style characteristic of the urban landscape works for which she’s known, depicting recognizable neighborhoods from around L.A., which have been exhibited all over the city.

These were just some of the many artists whose work was featured in the Artwalk, with participants also including more unconventional venues like liquor store Hi Lo Liquor, exhibiting the photography of Max Wanger, for example.