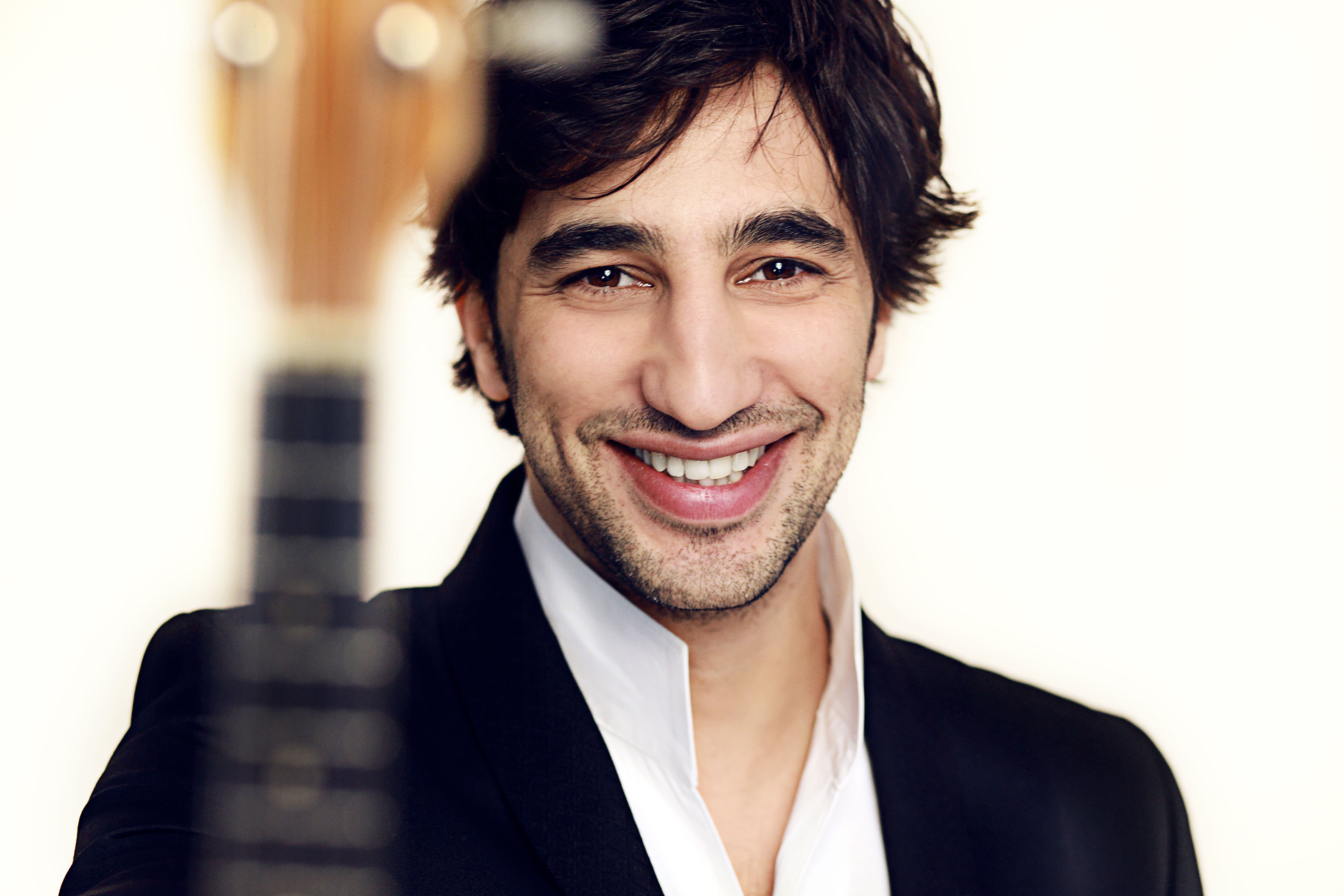 Acknowledged by The New York Times for his “exquisitely sensitive playing” and “stunning agility,” Grammy-nominated mandolinist Avi Avital is one of the world’s most exciting and adventurous musicians.   He will perform in concert at the Eli and Edythe Broad Stage with the bold and vibrant chamber musicians The Knights and the soulful Syrian clarinetist and composer Kinan Azmeh for an extraordinary collaboration on Wednesday, November 8 at 7:30pm.

The program features original, baroque and romantic masterworks, grounded in the classical tradition, and then crosses musical boundaries into worlds of Middle Eastern, Balkan, klezmer and jazz.

Avital himself is deeply committed to building a fresh legacy for the mandolin through virtuosic performance in a range of genres and commissioning new works for mandolin.  Avi Avital learned the mandolin, as a child in Israel, from unorthodox mandolin professors – violinists.  He explained in an interview with NPR, “Looking back, it was actually an advantage for me because I got to learn pieces that require expertise and technique from the mandolin that you can’t find in Vivaldi’s mandolin concerto as it is. So it kind of forced me to squeeze out of this tiny instrument much more than usually one would be used to hearing.”

His participation in this concert is supported by a generous gift from Lloyd E. Rigler – Lawrence E. Deutsch Foundation.  The Foundation continues to make contributions to strengthen the concert series at The Broad Stage and enrich the cultural life of Los Angeles.

Clarinetist and composer, Kinan Azmeh, a member of Yo-Yo Ma’s Silk Road Ensemble, was one of the musicians affected by the travel ban in 2017.  He was unable to fly back to NYC, which he called home for 16 years, first arriving to the city in 2001 to attend Julliard, just one week before the September 11th attacks.

Azmeh, hailed as a “Virtuoso” and “Intensely Soulful” by the New York Times, “spellbinding” by the New Yorker, and having an “incredibly rich sound” by the CBC, said in an interview with NPR, “It gave me perspective: What does it mean for other people? For me, I immediately thought: What can I do?”  For one, Azmeh recorded an album,Songs for Days to Come.  He also volunteered at the Refugee Youth Summer Camp in New Jersey, offering children a break from the pressure to quickly adjust to their new home.

His utterly distinctive sound across different musical genres has gained him international recognition as clarinetist and composer, and he was recently named composer-in-residence with Classical Movements for the 2017-2018 season.

The Knights, a “talented and vivacious Brooklyn indie orchestra,” (New York Times) are a collective of adventurous musicians, dedicated to transforming the orchestral experience and eliminating barriers between audiences and music.. The orchestra has toured and recorded with renowned soloists including Yo-Yo Ma, Dawn Upshaw, Béla Fleck, and Gil Shaham, and have performed at Carnegie Hall, Tanglewood, and the Vienna Musikverein.

The Broad Stage presents an impressive roster of renowned classical artists and world-class opera singers with the underwriting support of The Lloyd E. Rigler-Lawrence E. Deutsch Foundation established in 1953.  The Foundation is one of the nation’s most prominent and influential arts philanthropies.