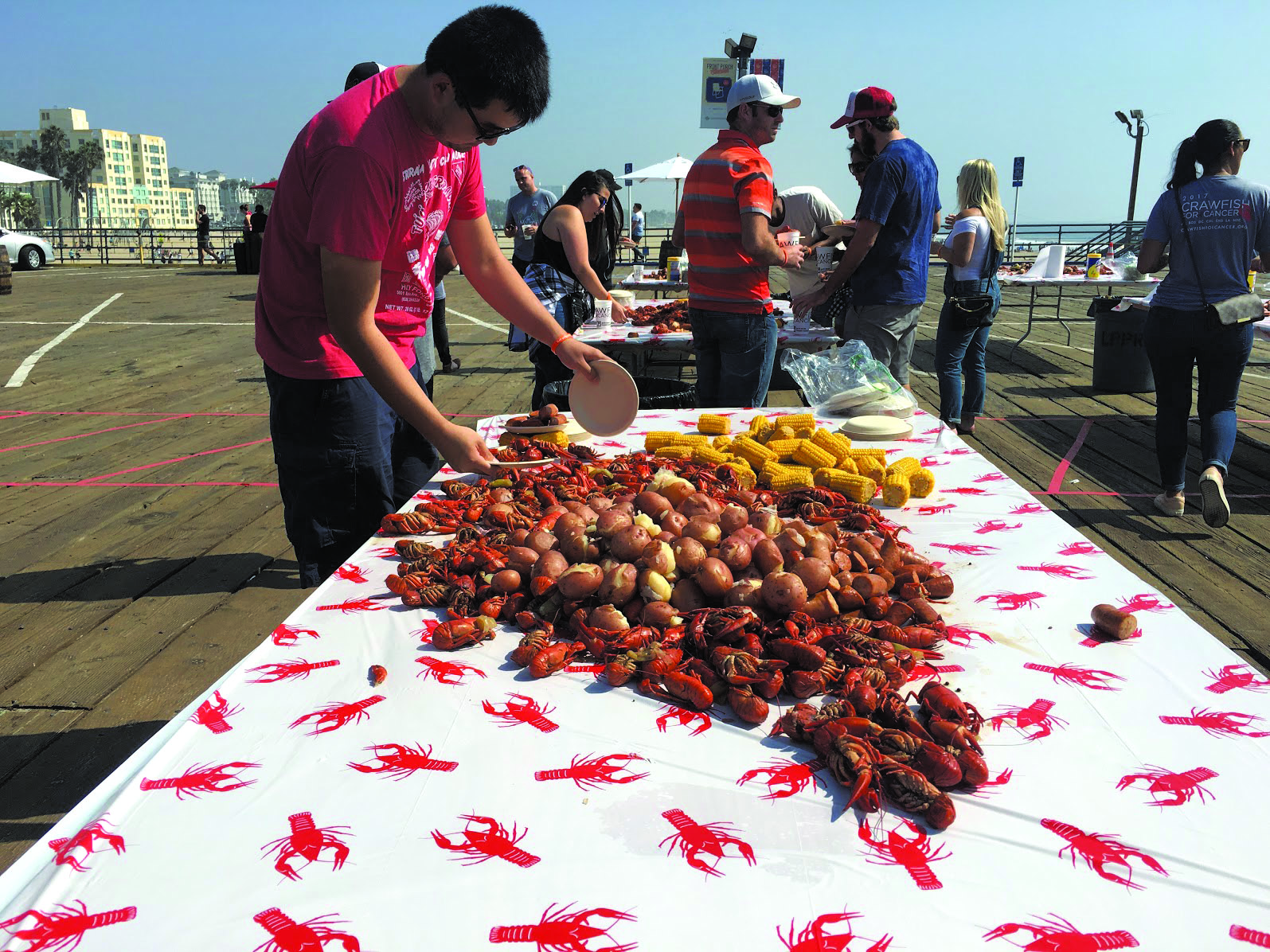 Event founder Jimmy Crowell is an alumni of Williams College, where he traditionally hosted an annual Crawfish Boil. Crowell’s father, Lieutenant Colonel Lorenzo Mayo Crowell, USAF, suffered from Multiple Myeloma, and Crawfish for Cancer was founded with the goal of utilizing the fun of the Williams College Crawfish Boil to support research on the disease that afflicted Crowell’s father. Net profits from Saturday’s event will all be donated to the Multiple Myeloma Research Foundation.

“It’s very important we raise money for cancer research. But it’s a fun event. It’s a music event with unique food, which attracts people,” said Crowell. “It’s a party for young folks to come down and enjoy for a good cause.”

Saturday’s event on the pier included two open bars, musical performances by local acts Bonne Musique Zydeco and Lucky Devil’s Band, and crawfish boiled by champion New Orleans-based crawfish boilers Big Burlers. Each city includes a board made up of local residents, so talent like the two L.A. bands that performed into the evening can be featured that’s unique to each city.

L.A. event director Lee Ann Woodcock explained that after a video profiling Crawfish for Cancer was posted to Thrillist became popular online, crawfish boilers Big Burlers reached out to the organization about participating. The Santa Monica festival was their next scheduled event, and Big Burlers decided that they wanted to fly out from New Orleans to participate.

Since Louisiana Crawfish are currently out of season, this festival was the first time they utilized Pacific crawfish, called Signal Crawfish, caught in Oregon.

“They’re a little bit bigger and sweeter,” said Woodcock, who explained that Signal Crawfish only make up about 5 percent of the crawfish market.

Crawfish for Cancer will return to the West Coast at a planned San Francisco event in 2018. For more information about the Santa Monica festival, upcoming events and the organization in general, visit crawfishforcancer.org.