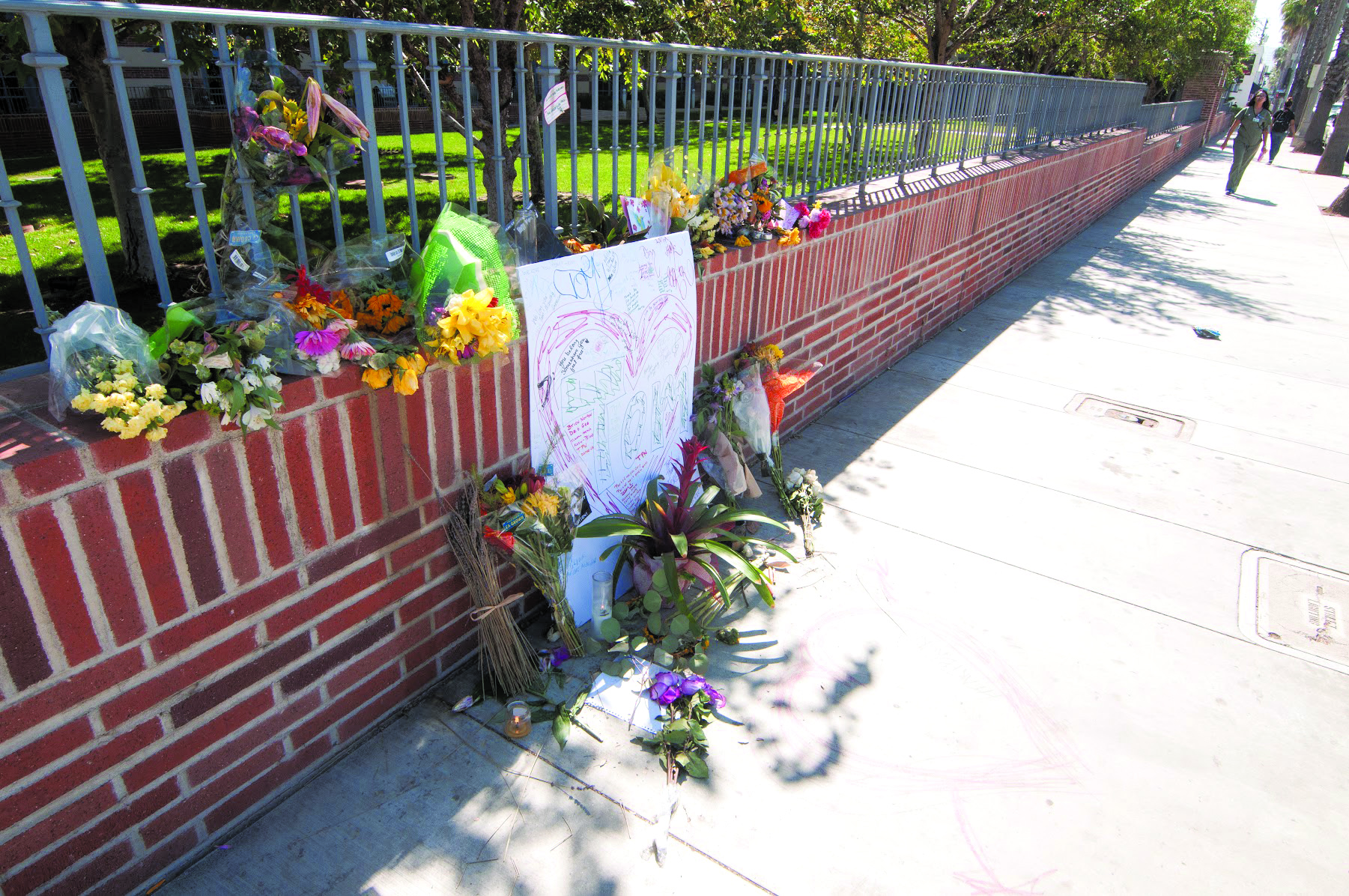 Tom Petty, a gifted, multi-talented musician, songwriter, singer, record producer and actor whose music was an American staple of rock and roll, passed away October 2 in Santa Monica due to cardiac arrest. Since then a pilgrimage of fans have visited UCLA Medical Center on Wilshire, where Mr. Petty died, to pay their respects.

Born Thomas Earl Petty on October 20, 1950, in Gainesville, Florida his interest in music began at age 11 when his uncle invited him to the set of Follow That Dream and Mr. Petty met Elvis Presley. So impressed by Mr. Presley, when he arrived home he traded his treasured Wham-O slingshot to a friend for a collection of Elvis .45s.

After seeing the Beatles on the Ed Sullivan Show, Mr. Petty knew that he wanted to be part of a band. A top marks student in high school, he was to attend the Air Force Academy, but dropped out at age 17 to start his own band, Mudcrutch.

Mr. Petty studied guitar with Don Felder, who would later join the band, the Eagles and worked a series of jobs as the groundskeeper at the University of Florida and briefly as a gravedigger.

After Mudcrutch broke up, Mr. Petty formed another band and their first hit was “Breakdown” in 1977 which was the beginning of the successful, “Tom Petty and the Heartbreakers.”

Mr. Petty’s music videos were memorable such as “American Girl,” “Freefallin’,” “Last Dance With Mary Jane (where we see Mr. Petty as a mortician working on a deceased Kim Bassinger.) and the impressive, animated, “Running Down A Dream.”

Mr. Petty’s acting career included a brief part in FM, Made In Heaven, a comedic part on the Gary Shandling Show, the Postman; where he played a future version of himself and was featured on the Simpsons teaching Homer how to write songs.

Mr. Petty was surrounded by his family, friends and band mates when he passed away. His impressive, creative work resounded in all of us. He was the everyman of rock and roll who will be sadly missed that loved what he did.