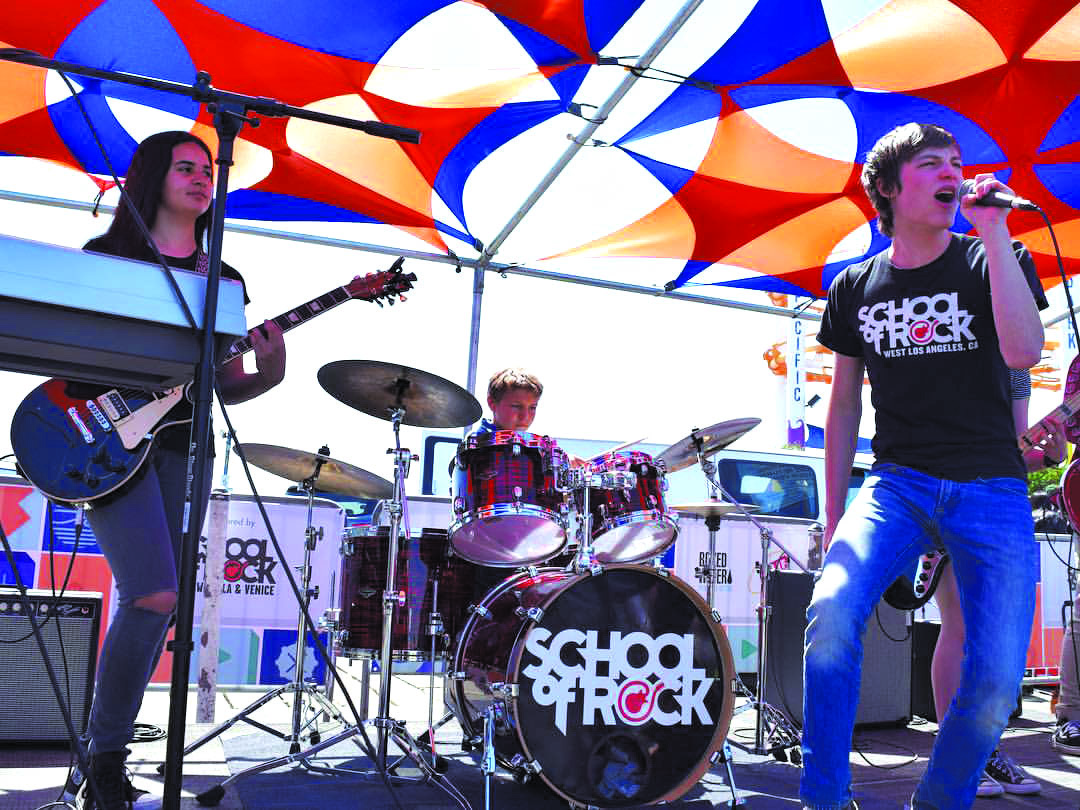 Kids looking to rock out, have a fabulous time, and get a brilliant education in all things rock ‘n’ roll can do so, right here in West L.A.

While the film “School of Rock” starring Jack Black was a hit in 2003, there was an actual school in Philadelphia open at the time with the same name that was established in the late ‘90s, teaching children skills in rock ‘n’ roll music and performance.

The screenwriter of the film claims that the similarities between the fictional School of Rock and its real-life predecessor are coincidental, with the school benefitting from the increased exposure of its brand name. School of Rock, the school, has since expanded internationally, with locations in nine different countries, including two local to the Westside: one on Venice Boulevard in Mar Vista, and one on Wilshire Boulevard in West L.A.

School of Rock opened in West L.A. in 2010, and in Venice in 2015. Ryan Schiff, the general manager for both locations explained that students are given truly unique opportunities to perform at iconic L.A. venues such as The Troubadour, The Whisky, Tommy’s Place, and The Mint, in addition to plenty of opportunities for private lessons and house jams with other young rockers. And there’s even more for those who take their rock music seriously.

“Our more experienced and dedicated students have the opportunity to audition for our House Band which is a free program that offers an extra weekly rehearsal and the chance to perform at local events such as charity benefits, grand openings, street festivals, and even radio and television shows. Past House Band gigs include at Santa Monica Pier, Brentwood Art Festival, Runway Playa Vista, Abbot Kinney Fest, Timewarp Music for KXLU’s “Demolisten” radio show, and even the Conan O’Brien Show,” said Schiff.

Different programs at the school encompass all ages, with a “Little Wing” program serving students as young as 3 years old, a “Grad School” program designed for adults, and a comprehensive lineup for those in between. Most students fall into the 7 to 18 year old age range.

“School of Rock offers a fun and safe place for all kids to learn music and meet new friends, regardless of athletic or academic inclination,” added Schiff.

Beyond learning how to be a rock star, School of Rock teaches team building and comradery, very much like touring bands need on the road.

“Besides learning the technical skill required to master an instrument, School of Rock students learn leadership skills like responsibility, respect for others, and reliability as a bandmate. School of Rock is a completely merit based program where stage time is earned through hard work and dedication to the craft,” Schiff explained.