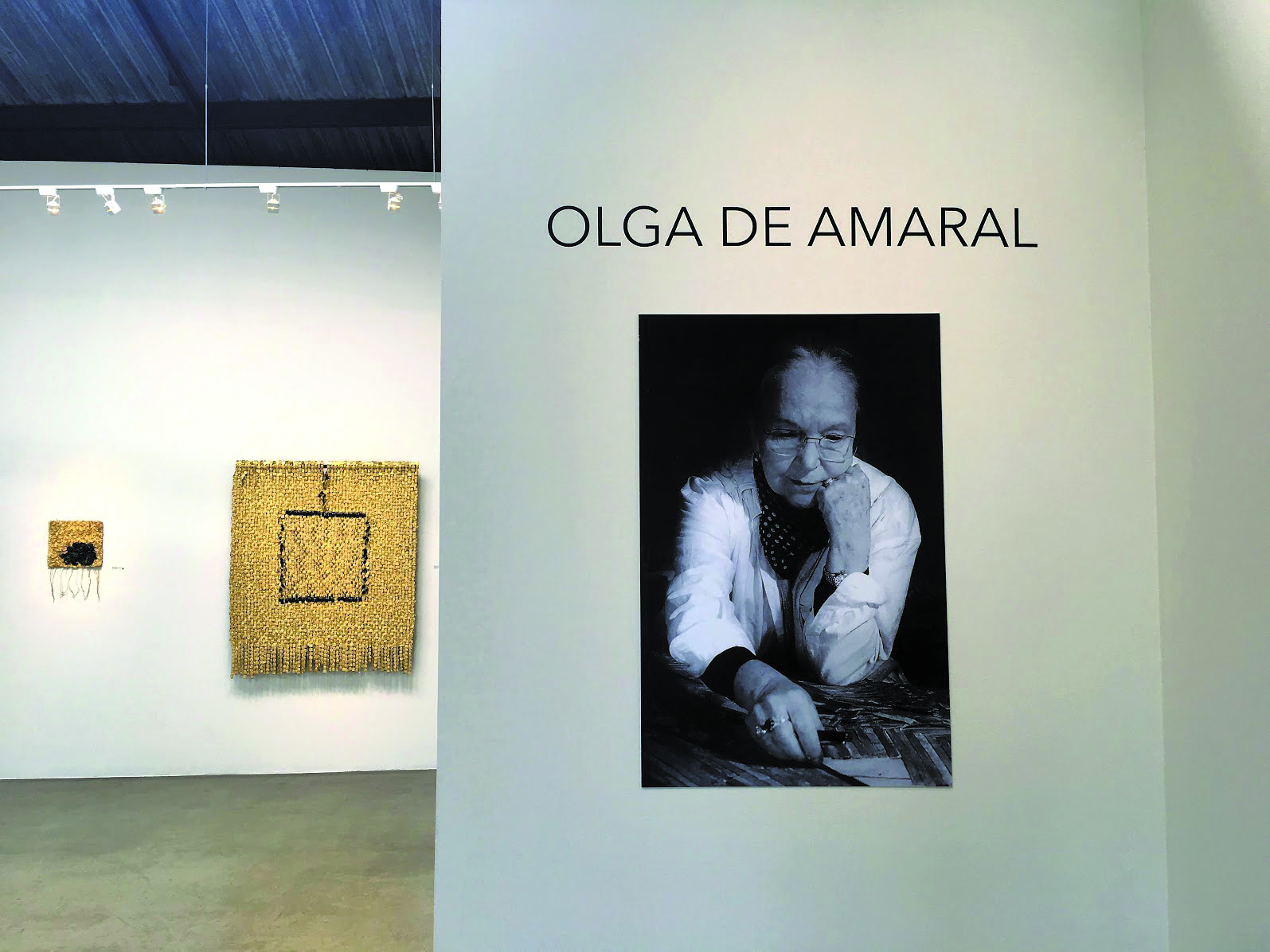 The Latin American Masters Gallery in Unit E2 of Bergamot Station will be exhibiting works by artist Olga de Amaral through Oct. 10. Her works, which were created for the exhibit, combine textiles, acrylics and paint into multimedia tapestries that don’t fit into a neat categorization.

The opening of this exhibit, which is part of the Getty’s “Pacific Standard Time” initiative, which showcases Latinx and Latin American art all over Southern California, coincided with that of an exhibit at the Getty titled “Golden Kingdoms: Luxury and Legacy in the Ancient Americas.”

Stephanie B. Mercado, the gallery’s assistant director, explained that Amaral’s works reference the type of Precolonial work on display in the Getty exhibit in their golden color, textile material, as well as in reflecting some of their shapes.

“With Amaral’s work, like a lot of the artists we exhibit, there’s a lot of reference to the Precolombian,” Mercado said, referring to art created in South America before the influence of European colonists.

Gallery Director William J. Sheehy explained that the gallery had been aware of Amaral’s works for years before reaching out to her through a mutual contact. They first exhibited her works in a 2012 exhibit, making this the second time her works have been shown at the gallery.

“She’s still experimenting at age 85,” Sheehy said. “There’s this strange kind of confluence between the ancient and the modern.”

Amaral’s quasi-textile works were exhibited in the New York MOMA in 1968 in their painting galleries, which was near the beginning of her long and experimental career. Regarding this exhibit’s works, Sheehy elaborated particularly on her chosen materials, and the strong presence of gold in her works.

“Amaral is fully aware of and interested in the history and meaning of gold as it existed in pre-renaissance European culture. In the Middle Ages, gold wasn’t so much about wealth but an expression of the sacred. The same is true in pre-Hispanic cultures. There’s a very strong association between gold and the sun, and the eternal, and those things in life which are pure and unblemished.”

For more information about this and upcoming exhibits at the Latin American Masters gallery, visit latinamericanmasters.com.