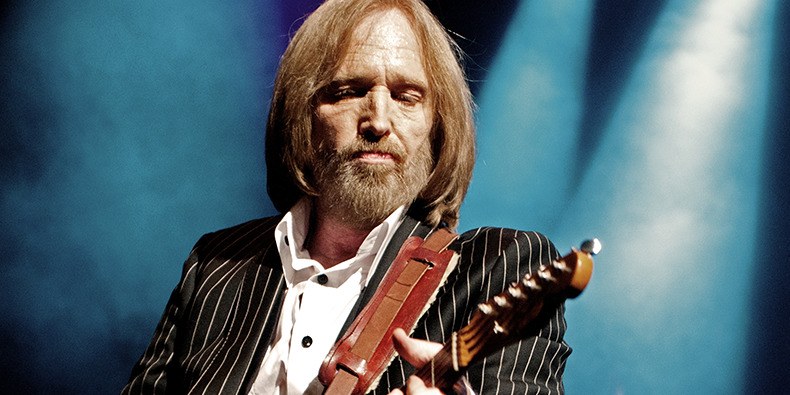 As would be expected, sales of Tom Petty’s music exploded on Monday, when the music icon died of cardiac arrest at age 66 — and the increase was huge.

According to BuzzAngle Music, which tracks music sales and streaming data, sales of the Petty catalog surged 6,216 percent on Monday, from a four-day sales song average of 950 prior to his death to 60,000 on Monday, when the “Refugee” singer died.

Streaming data for Petty’s catalog on the day of his death is not yet available.

Petty died at 8:40 Monday night surrounded by family, his bandmates and friends, according to an announcement from Tom Petty & the Heartbreakers’ longtime manager Tony Dimitriades. According to Dimitriades, Petty suffered cardiac arrest at his Malibu home early Monday morning and was taken to UCLA Medical Center, “but could not be revived.”

Petty wrapped up a summer tour last week with three nights at the Hollywood Bowl. The tour marked the group’s 40th anniversary, and Petty told Rolling Stone it would be their “last trip around the country.”

On Tuesday, the Los Angeles County coroner’s office told TheWrap that it is conducting an inquiry into the musician’s death, and currently has the singer’s body.

Below is a full breakdown of Monday’s sales surge. 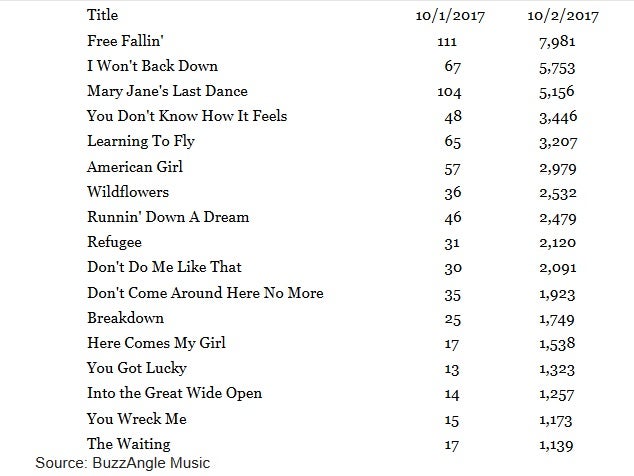