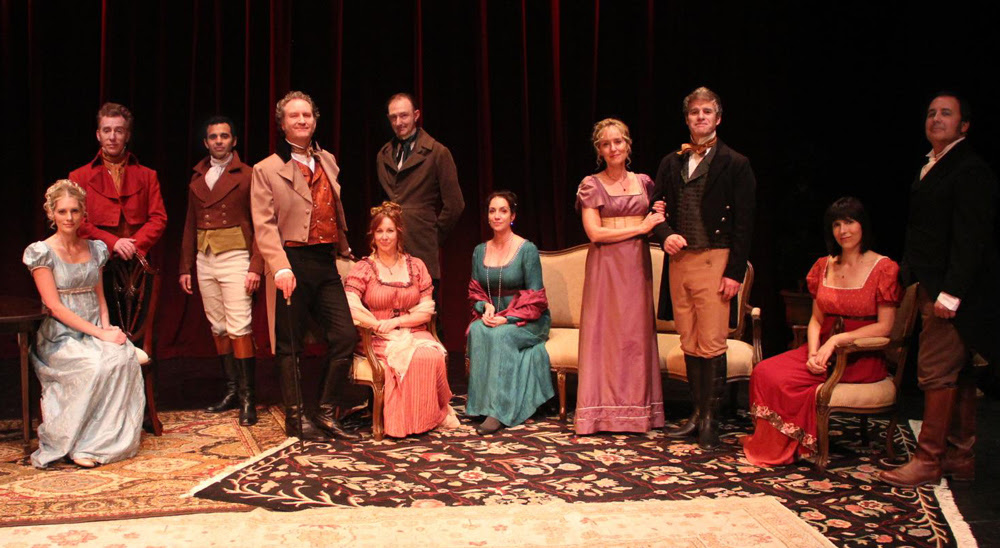 LA’s own Impro Theatre continues their residency at The Edye at The Broad Stage, presenting a different style of their signature improvisation for one weekend, each month.  December marks the month of Jane Austen UnScripted. LA Weekly said, “GO! Oh, what fun to see Impro Theatre create a two act drama in the style of a Jane Austen novel…Aside from its breathtaking wit, the show reveals the codes of behavior that accrue into an acting style, and even a social style.”  The Los Angeles Times calls Jane Austen UnScripted, “a stunning feat of performance and literary wizardry.”

Jane Austen wrote only six novels, but her wit and wisdom left readers pining for more. Impro Theatre’sJane Austen UnScripted gives audiences a chance to imagine the other books she might have written. The company starts with audience suggestions and deftly creates a world of love-struck girls, brooding noblemen and charming cads, and although hearts are sure to be broken, true love will win out in the end.

In addition to their residency at The Edye at The Broad Stage, Impro Theatre will also perform Fairytales UnScripted on the mainstage on February 3.  This performance is part of The Broad Stage’s Family programming.