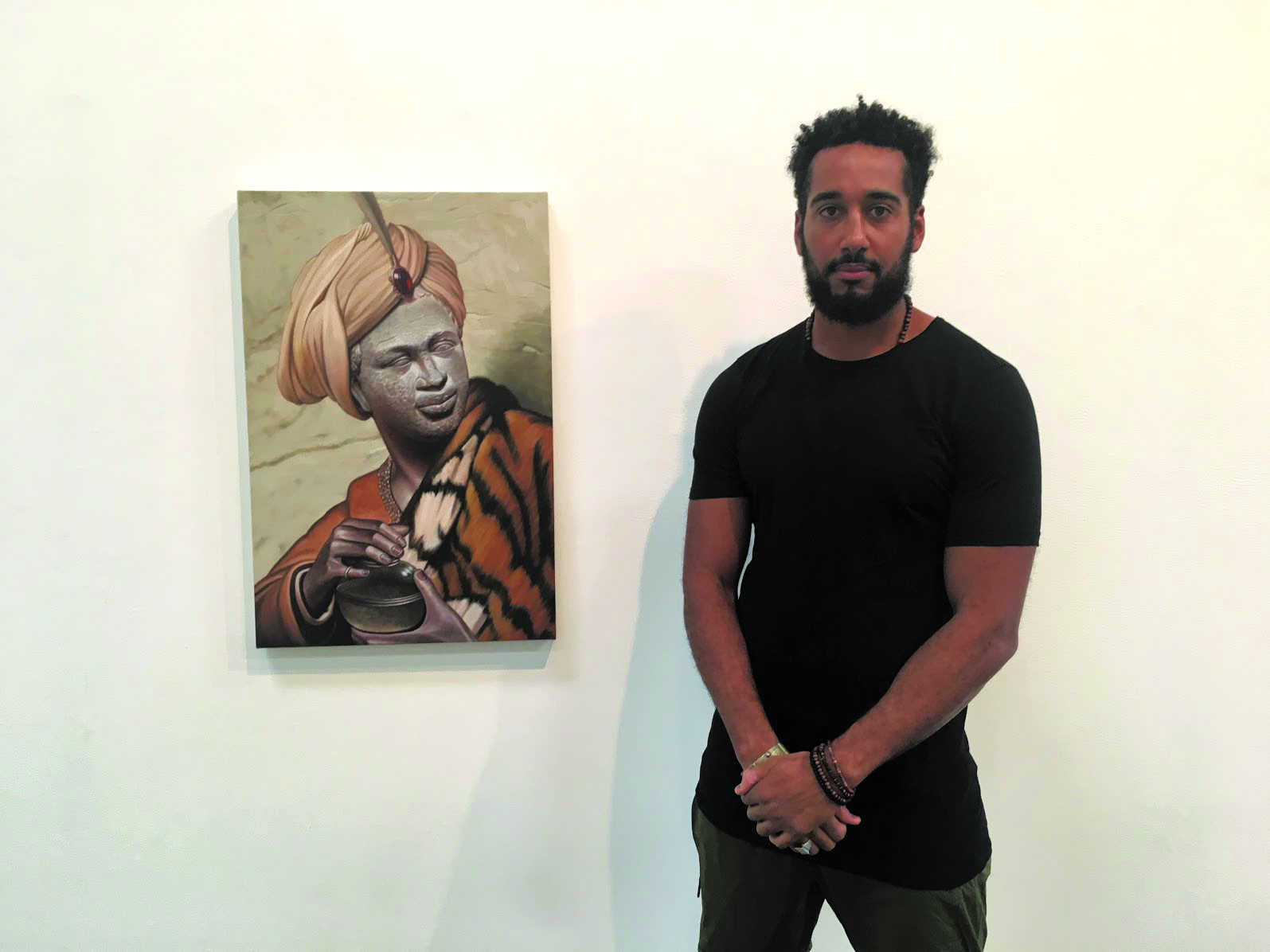 Richard Heller gallery is currently showing an exhibit titled “Unearthed Entities” featuring the works of artist Kajahl. The show will run through Oct. 28, with Saturday, Oct. 21, allowing visitors a chance to listen to Kajahl himself discuss his works, with jazz music provided by a local DJ.

Heller was first introduced to the New York-based Kajahl through a New York curator, and after selling some of his works at an art fair in Dallas, Heller offered him a solo show. “Unearthed Entities” is the first time Kajahl has been featured in the gallery.

The exhibit is divided into one room, entirely of works created in 2017, and another room of works created from 2014 up until this year, though they all share a similar style and approach, which Kajahl describes as a three step process.

First, he creates an archive of images, with a focus on histories that have been forgotten, left in the shadows, or recently discovered. He finds these on the Internet and in rare books, for which he has traveled to ethnographic museums all over the world.

“Then what I do is, through a process, fuse these disparate elements into these semi-fictional character,” said Kajahl.

This process involves first overlaying the historical images in an artistic way, following a set of self-imposed rules, like only using each historical artifact once, for example. Then, using the overlaid images as a blueprint, he begins a separate painting, in a style also influenced by oil painting and traditional portraiture.

“Ultimately, what my work is about, is exploring the outer limits of identity and appropriation,” Kajahl said.

The resultant works are invented characters, often equal parts human and fantastical, and in a variety of professions like scientist, mathematician, or even nonhuman cryptid.

For more information about Kajahl’s works and the Richard Heller gallery, visit richardhellergallery.com.