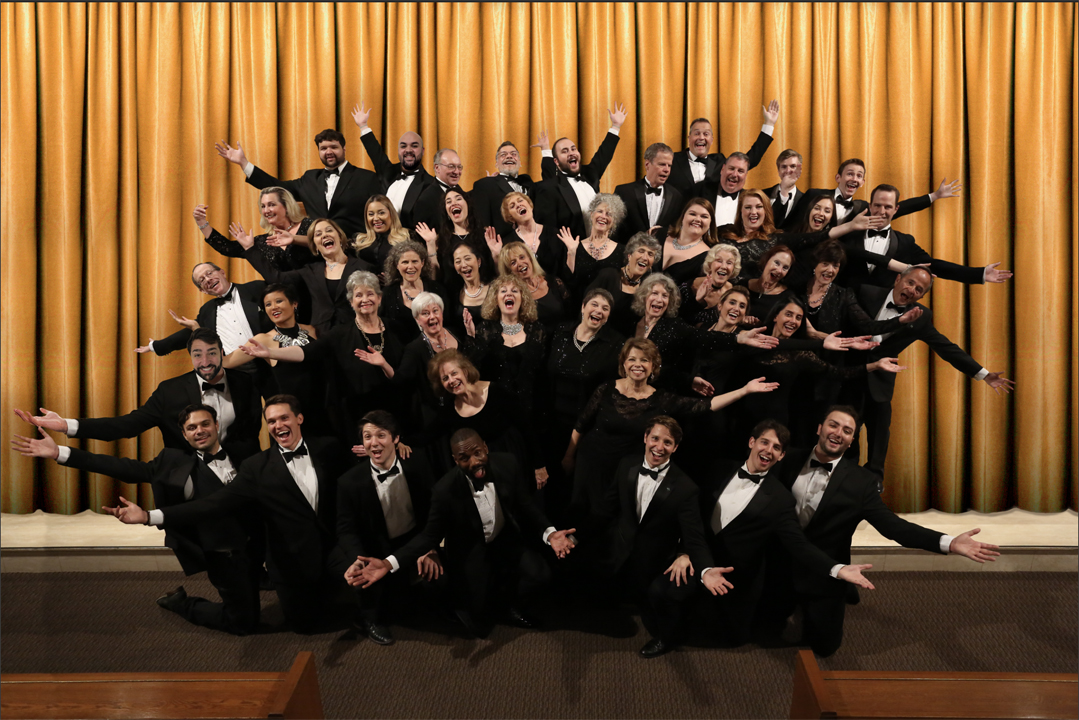 The Verdi Chorus will present its Fall 2017 concert “Love’s Passions and Potions” for two performances only at the First United Methodist Church in Santa Monica on November 18th and 19th led by Founding Artistic Director Anne Marie Ketchum. As the only choral group in Southern California that focuses primarily on the dramatic and diverse music for opera chorus, their program will feature selections from Verdi’s Giovanna d’Arco and Un Ballo in Maschera, Donizetti’s
Lucia di Lammermoor and The Elixir of Love, Massenet’s Manon, as well as selections from Romberg’s The Student Prince and The New Moon and Herbert’s Naughty Marietta.

The program will feature three guest soloists: Greek-American soprano Jamie Chamberlin (praised for her “shimmering tones” and “star- struck vulnerability” by Opera News), tenor Nathan Granner (one of the original The American Tenors on Sony Classical), and baritone Ben Lowe, who will be making his New York debut this season at BAM, performing in Matthew Aucoin’s opera Crossing.
Founding Artistic Director Anne Marie Ketchum says, “ I am so excited to launch the 35th season of the Verdi Chorus with this lush and melodic program. I am particularly pleased to have three exciting
soloists. The chemistry in the duet between Jamie Chamberlin and Nathan Granner is electrifying…maybe because they are a couple off stage as well as on! And Ben Lowe’s rich baritone voice will charm all who hear him. The operas represented are full of beautiful melody and intriguing drama, not to mention some vocal fireworks too. Add to that the Walter Fox Singers and the wonderful duets and arias from our incredible guest soloists, and we will have a concert that will not only delight opera aficionados, but hopefully convert new listeners and audience members to this wonderful art
form.”

Further demonstrating the organization’s mission to provide performance opportunities to young professional singers, fourteen highly promising singers are hired as section leaders and rehearsal
coaches. Known as the Walter Fox Singers, named in memory of a long-time Chorus and Board member, these singers assist the Artistic Director, provide direction for their sections in rehearsals, and have
opportunities to perform as featured singers in performances. The Walter Fox Singers also perform on occasion independently of the full Chorus, serving as a showcase for the singers and as ambassadors for The Verdi Chorus. Performances of special arias and ensembles have been presented at venues in Southern California including the Annenberg Beach House, The Broad Stage, the Huntington Library, and the Nixon Library.

My Attainable Goals for 2020

It’s 2020. The confetti has been swept up, the sugar and fat-laden treats have been eaten, and my door wreath...