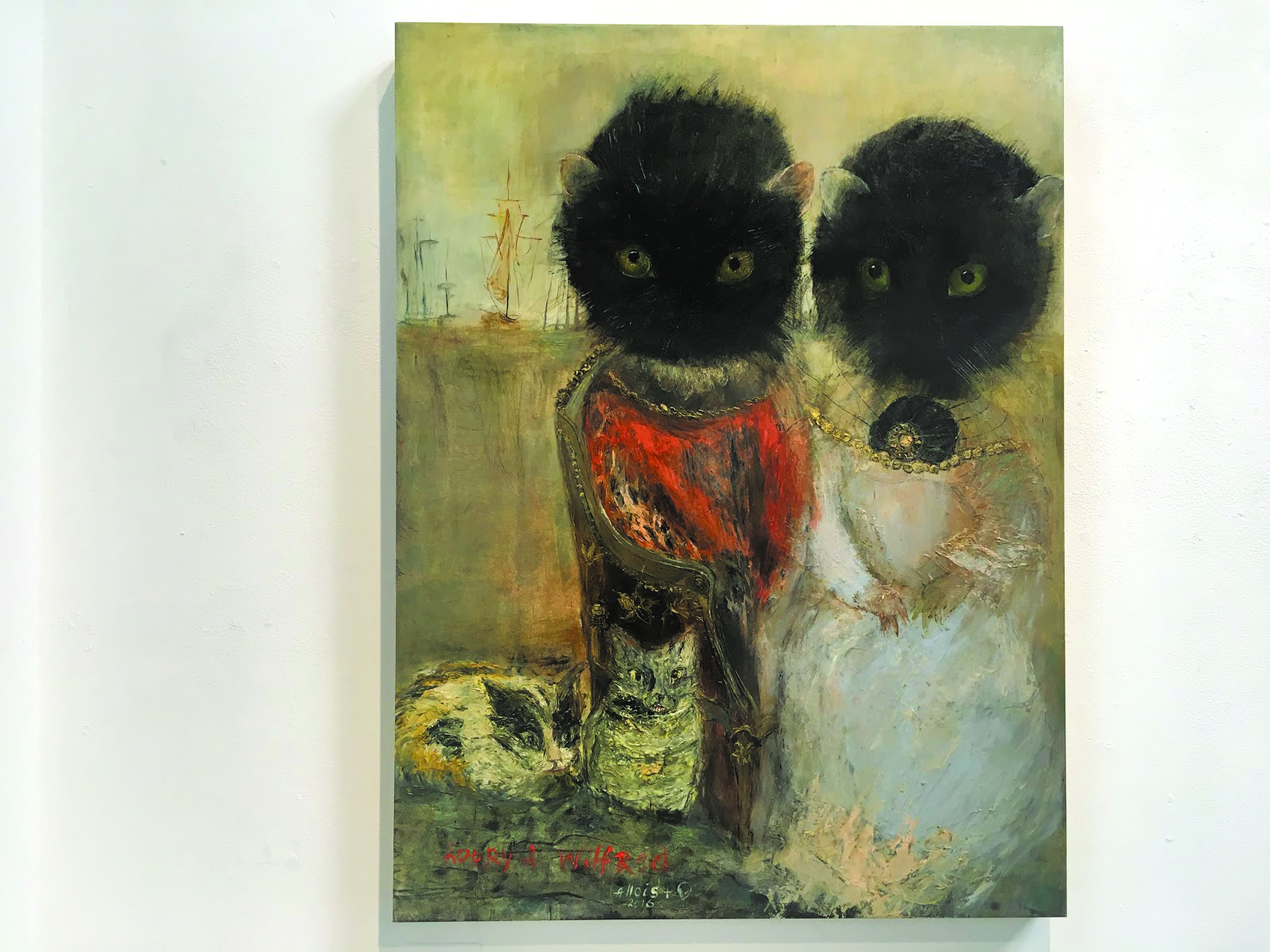 In celebration of its anniversary, bG Gallery, located in Unit G8A at Bergamot Station, held a reception Saturday, Dec. 2 for an exhibit featuring works by artists featured over the past eight years by the gallery.

Mark Mcalinden, the gallery’s Head of Collection Consultation, explained that some of the artists featured predated his three years at the gallery, while others had exhibited works just months before this retrospective.

Much of the featured work was taken from past exhibits, though some of the pieces were newly created for the exhibit. Grouping of the works was partly left up to the artists.

“[They] came in and put their art on the walls,” said Mcalinden. “Some of the artists were invited to just put their piece where they wanted.”

This anniversary exhibit wrapped Dec. 11 with a solo exhibit featuring the works of artist Allois, titled “Nothing But Dreaming,” also part of the celebration and running through mid-December.

“She’s a regular artist with us,” said Mcalinden, who explained that the gallery has featured her solo exhibits multiple times in the past. “She’s influenced by classical art, like Turner, and other artists of the 1700s and 1800s. She adds a surreal, fantastical edge to it.”

One work, for example, depicts a richly adorned man and woman, with faces that appear catlike, but are juxtaposed to pet cats at their feet, calling into question the species of the owners.

For more information on both of these exhibits, as well as upcoming exhibits through the remainder of the year at the bG Gallery, visit their website at santamonica.bgartdealings.com.