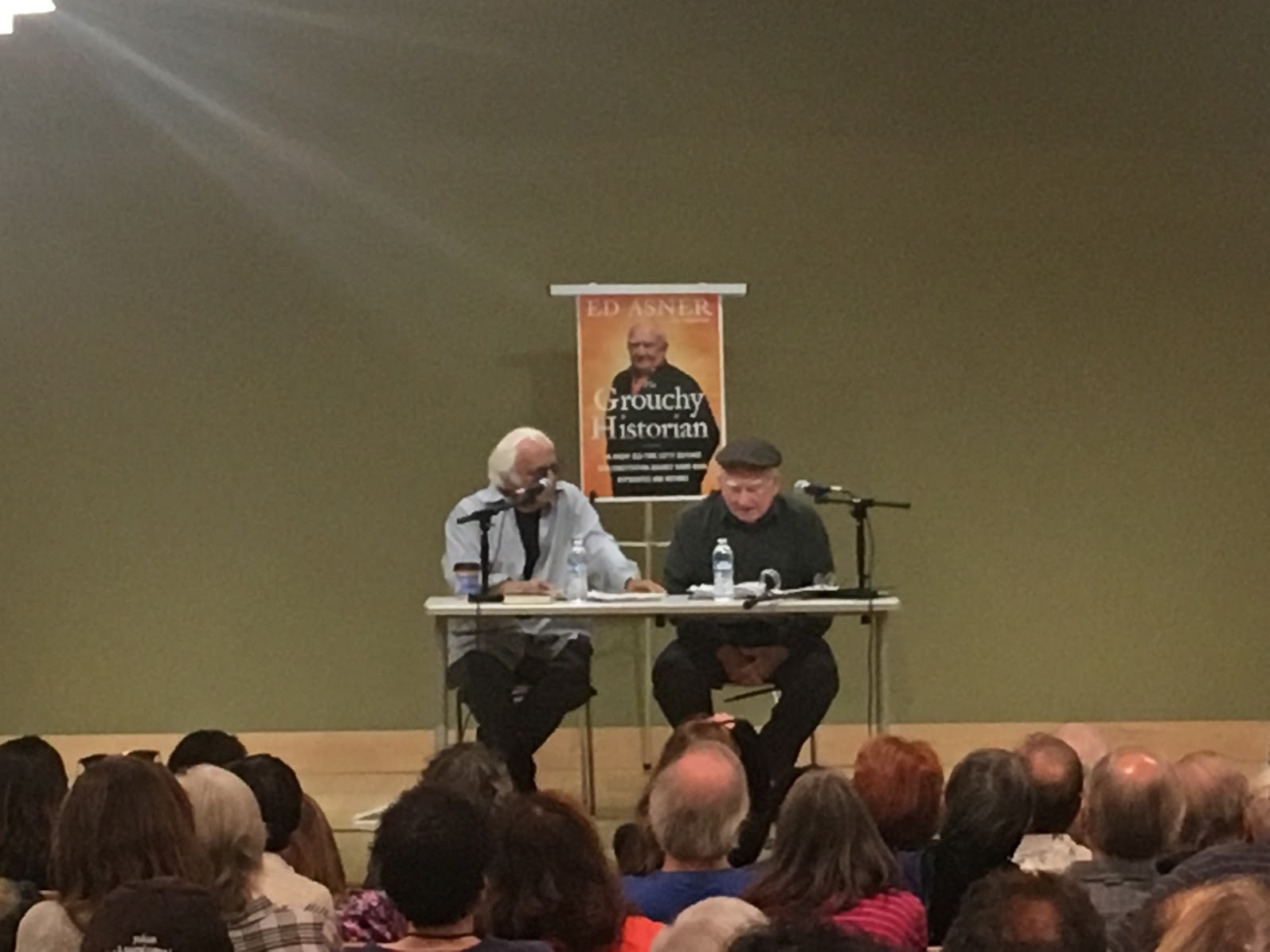 Saturday, Dec. 16, saw the Auditorium at the Santa Monica Public Library’s (SMPL)Main Branch packed to the rafters as they played host to an author talk and book reading by longtime Hollywood actor Ed Asner and screenwriter and producer Ed. Weinberger, both of whom co-authored a book titled, in full, “Grouchy Historian: An Old-Time Lefty Defends Our Constitution Against Right-Wing Hypocrites and Nutjobs.”

“When I heard the book was out, I knew it would really resonate with Santa Monica,” said Public Services Librarian, Programming & Events Robert Graves, who organized the event.

As part of its promotion, Graves created an event page on Facebook advertising the talk and reading as a free event. After receiving more than 89 Facebook RSVPs in a day, Graves decided to turn it into a ticketed event – still free, but requiring a free ticket per each entry, in case the event ended up past capacity.

The event was loosely structured around Asner and Weinberger reading passages from their book, which they had printed in full in front of them in the auditorium. Graves moderated the event, opening with a prompt for the Asner and Weinberger to respond to some of the many major constitutional issues in the current news cycle.

“It’s a great book. It’s all about The Constitution. He really does a deep dive into the research for it,” said Graves. “He’s basically opposing the kind of Clarence Thomas/Antonin Scalia model of The Constitution.”

Asner, who is 88 years old, got laughs from the audience before he was even onstage, as he loudly told the audience “Quiet!” from the stage’s entrance ramp, as they were murmuring during Graves’ introduction. This was met with laughter and applause from an audience of predominantly seniors.

Afterword, attendees could purchase a copy of the book and get it signed by the authors in the lobby of the auditorium.