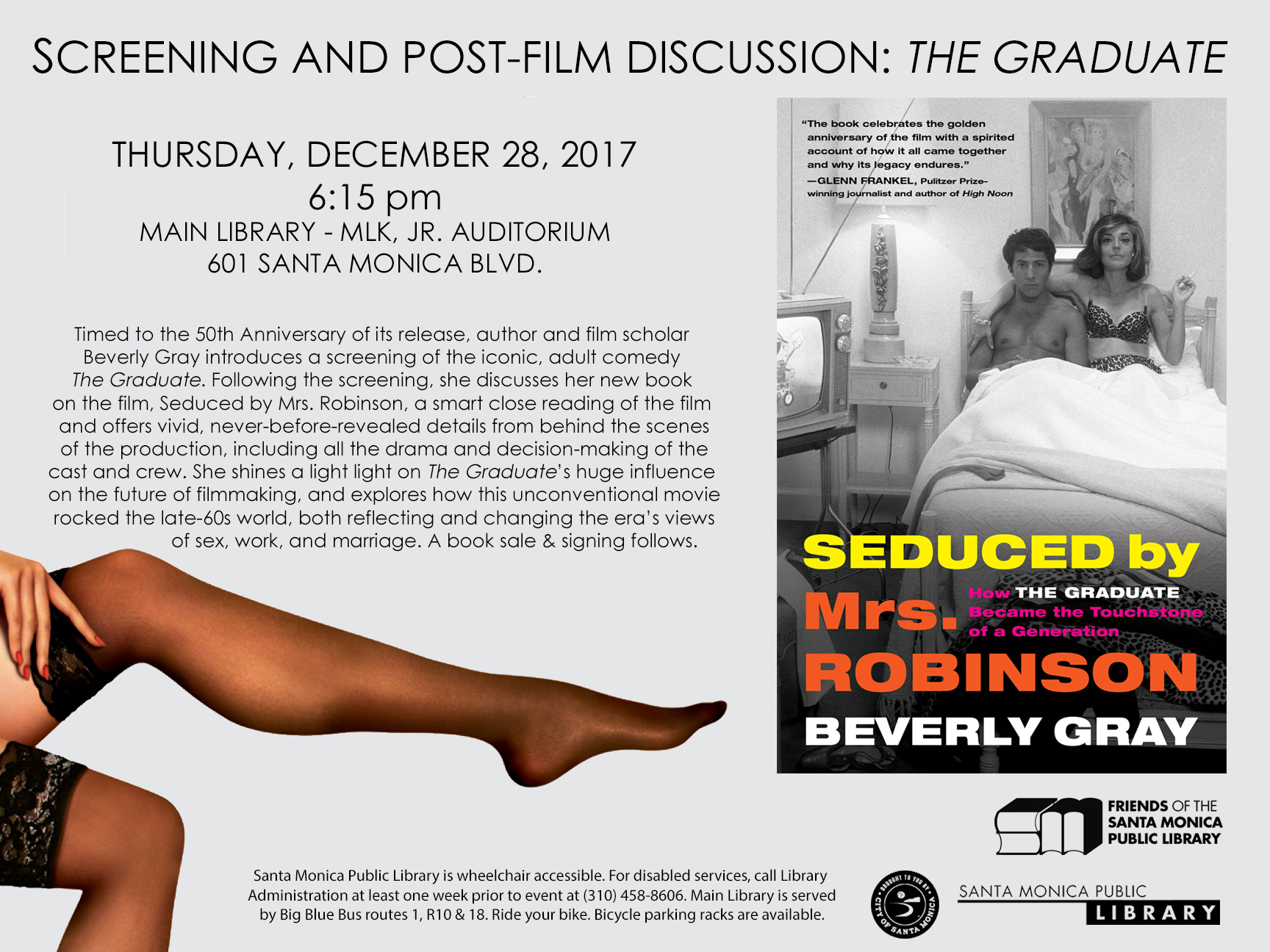 Timed to the 50th Anniversary of its release, author and film scholar Beverly Gray introduces a screening of the iconic, adult comedy The Graduate. Following the screening, she discusses her new book on the film, Seduced by Mrs. Robinson, a smart close reading of the film and offers vivid, never-before-revealed details from behind the scenes of the production, including all the drama and decision-making of the cast and crew. She shines a light on The Graduate’s huge influence on the future of filmmaking, and explores how this unconventional movie rocked the late-60s world, both reflecting and changing the era’s views of sex, work, and marriage. A book sale and signing follows.

This program is free and open to all ages. Space is limited and on a first arrival basis. The Santa Monica Public Library is wheelchair accessible. For disability-related accommodations, call Library Administration at (310) 458-8606 one week prior to event. The Main Library is directly served by Big Blue Bus lines 1, R10, and 18. The Expo Line and other bus routes stop nearby. Ride your bike. Bicycle parking racks are available at the library.