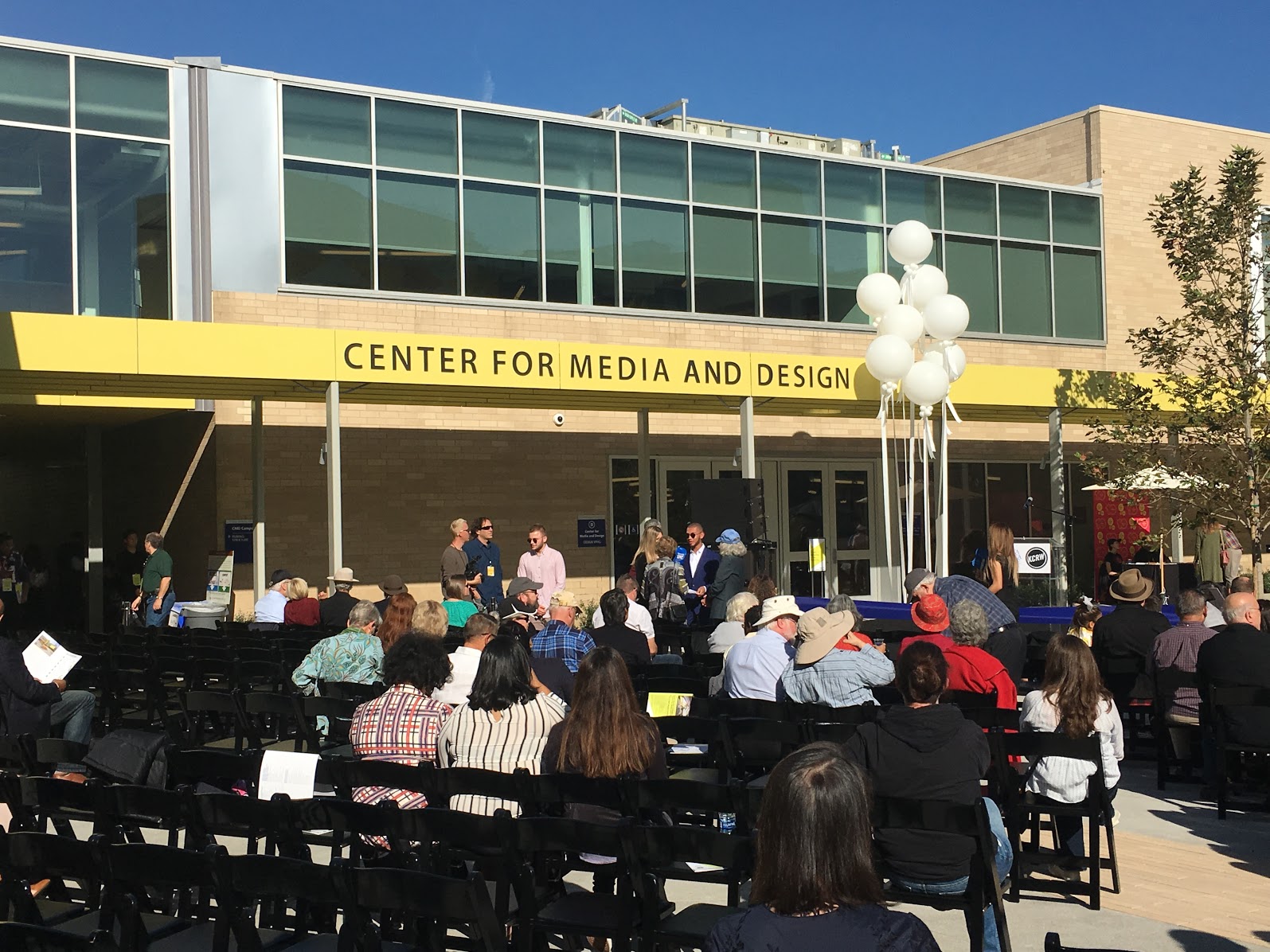 Saturday, Dec 2 was the official opening of Santa Monica College’s (SMC) new Center for Media and Design, a much-anticipated space that houses programs in film, technology, broadcasting and more, located at 1660 Stewart St. In addition to the expanded educational facilities, an adjacent building is the new home of famed radio station KCRW, SMC’s NPR radio station, which previously ran out of a windowless basement on the school’s main campus.

To celebrate the grand opening, SMC and KCRW co-hosted a ribbon cutting ceremony, with speakers, catered food, a tour of the new buildings created by interactive design students.

Kicking off the day’s events was host of KCRW’s Press Play, Madeleine Brand.

“I’ve never felt more a sense of being part of something bigger, and yet more intimate in my life,” Brand said. “I’m also really grateful to be in a building with windows.”

The opening of the new KCRW building marks the first time this longstanding L.A. radio mainstay, founded in 1945, will have its own, standalone space. Indoor and outdoor stages will host regular music performances, and the expansion will allow room to host new programs, podcasts, creation of digital content and more.

“This is a major, major moment where we culminate one activity for Santa Monica College, and yet take another step in a new direction for our institution and our community,” Jeffrey said.

The speakers that followed included Chair of Santa Monica College’s Board of Trustees, Dr. Andrew Walzer; Frank Dawson, the school’s Dean of Career and Technical Education; KCRW president Jennifer Ferro; and others.

“KCRW is all about creating a vibrant community around exceptional content,” said Ferro. “We could not be more thrilled to see this physical manifestation of KCRW as a cultural center for Los Angeles and beyond – a space which will allow our talented team to take the station to the next level, and also provides us the flexibility of including both SMC students and the community at large in our content on a daily basis,” said Ferro.

Hundreds were in attendance at the event, which included KCRW sponsors, KCRW contributors past and present, Santa Monica College students and faculty, and many other community members present for the unveiling of a new, local educational and radio space. The event showcased many of the new campus’s programs, both those relocated from the main campus and some newly developed, to the many in attendance.

For more information about SMC’s Center for Media and Design, including a full list of programs now hosued in the building, visit smccmd.org.