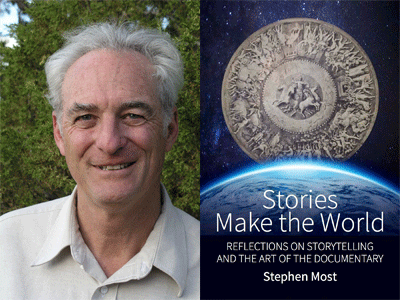 Oscar nominated & Emmy-winning filmmaker, Stephen Most, will be appearing at the Santa Monica Library on Saturday, Jan. 27th at 3:00 p.m. to talk about his latest book, Stories Make the World, and to screen his latest short film.

Most writes plays, books, and documentary screenplays. He is the writer or contributing writer of four Academy Award-nominated films and writer/producer of River of Renewal, which won a best documentary award at the American Indian Film Festival.

Stephen will talk about his life as a filmmaker and the importance of nonfiction storytelling in this current era of “fake news”. His latest short film, Nature’s Orchestra, is about soundscape ecology and the origins of music in the natural world. Stephen’s next film in progress is titled, Wilder Than Wild, and is an hour-long documentary about wildfires and climate change.

The event is free to all. For more information, visit the Santa Monica Public Library page on the event here.