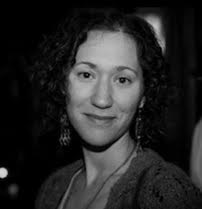 Jewish women are, and always have been, change agents in Hollywood.  Jewish Women’s Theatre (JWT) will present a performance and panel that looks at the evolving role of these smart, talented, aggressive and influential women on Sunday, February 11 from 10 am to noon at The Braid, JWT’s performance and art space, 2912 Colorado Avenue, Santa Monica.

The morning program will begin with a performance about Hedy Lamarr, an Austrian-born actress who not only had a successful movie career, but also invented a radio guidance system that enabled Allied torpedoes to reach their targets without being jammed by the Axis powers. Louis B. Mayer referred to her as “the world’s most beautiful woman.” But that’s not all.  Her contributions to technology were recognized with her induction into the National Inventors Hall of Fame in 2014.

The legacy of these multi-talented women will be discussed by a panel of Jewish women who are working in Hollywood today. The panelists work both in front of the camera and behind the scenes.  They will discuss their personal careers, what they are doing to promote positive images of Jewish women on screen and how they are smashing the entertainment industry’s glass ceiling and much more.

The Jewish Women in Hollywood panel will be moderated by Arlene Sarner, a writer and award-winning producer, who has written for every major movie studio, including Universal, Fox, Columbia, Paramount, Disney, Warner Brothers, Tri-Star, and Orion, as well as TV networks ABC, CBS, CBC, and VHI. Her film work includes Academy Award-nominated Peggy Sue Got Married and Blue Sky, starring Jessica Lange in her Academy Award-winning role.

Jewish Women in Hollywood: Gamechangers will take place on Sunday, February 11 from 10 am to noon at the Braid, 2912 Colorado Avenue, Suite 102 in Santa Monica.  Tickets are $20 and include a light brunch.  To purchase tickets, visit www.jewishwomenstheate.org  and click on “Events.”

Sashimi of Aji with nama nori and ponzu. Fresh seaweed is aplenty in winter, along with California yuzu from Shibumi in DTLA. Photo: Shibumi (Facebook).
Dining, Life and Arts, News