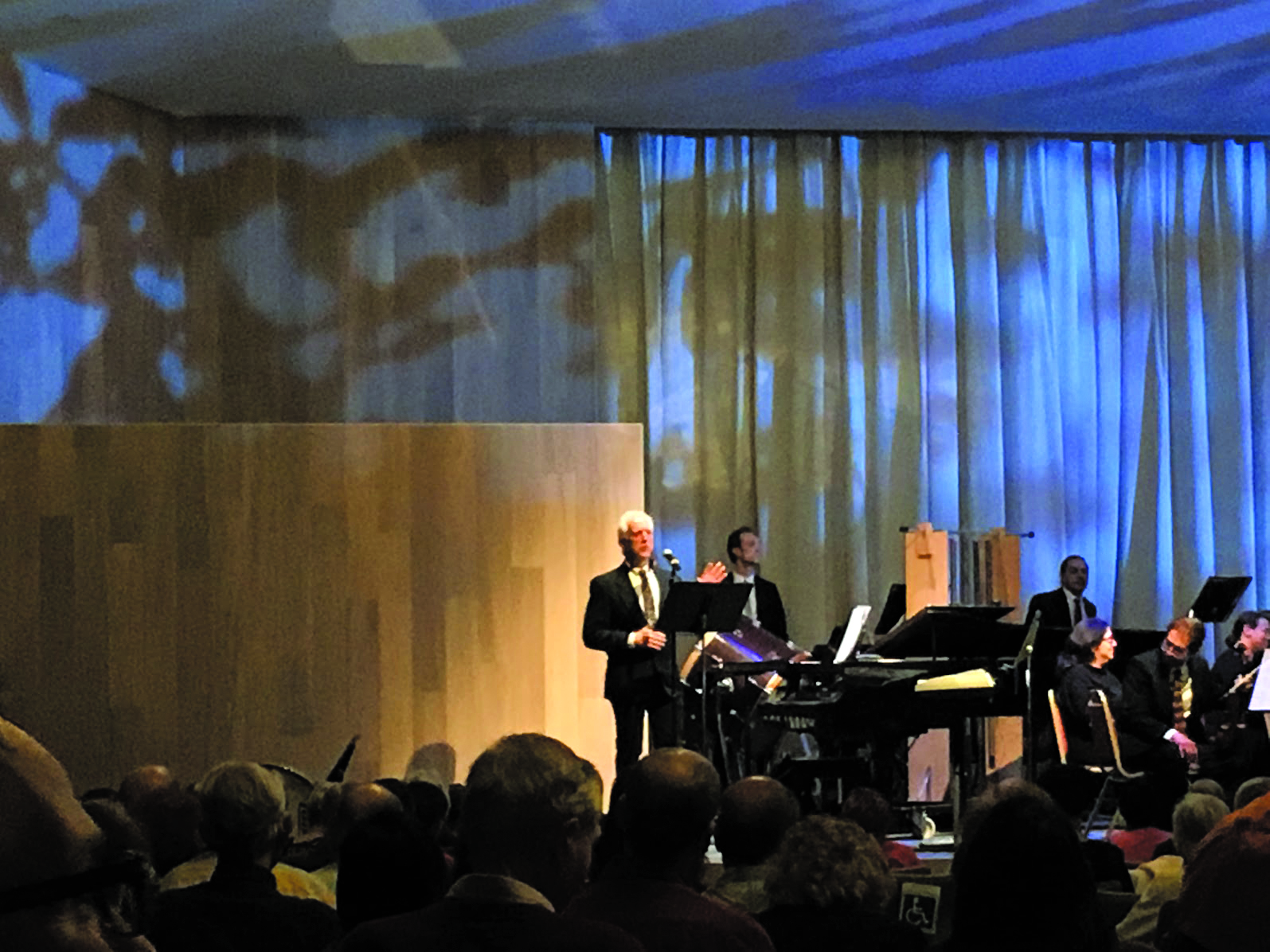 The Santa Monica Symphony Orchestra held its annual concert Saturday, Jan. 13 in honor of Martin Luther King Jr. Day, featuring works selected for their relevance to the holiday and the work of Dr. King.

“The Joseph Schwantner ‘New Morning for the World’ had a very powerful effect on me. It’s the hardest piece I’ve ever conducted and I was even suffering some errors in the dress rehearsal. This was true of the orchestra too,” said Symphony Director and Conductor Guido Lamell. “Then, in concert, I made no errors and felt in control as I hardly dreamed possible. The orchestra also played their best ever. I imagine it would be like I’ve seen ice skaters in the Olympics attempt a triple axel and land it perfectly for the first time in their lives. It’s like floating on a cloud for the rest of the routine!”

Rich Capparela, who was once a classical music DJ on KUSC, introduced the program, and explained the relevance of the Puccini aria “Te Deum” to the event, as a piece depicting gender inequality. Then, Lamell took to the stage to introduce the concert.

“Fanfare for the Common Man,” Lamell explained, was a departure from his normal choice of works in that, while normally he keeps the works chosen for each performance new to his tenure as the symphony’s director, this was one piece he chose to repeat, having first performed it during a Martin Luther King Jr. Day concert five years previous, having found it to be a wholly appropriate and fitting piece in honoring Dr. King’s legacy.

Bass-baritone opera singer Cedric Trenton Berry was a featured guest performer, and sang “Te Deum” and additionally provided narration to “New Morning for the World”, as the voice of some statements by Dr. King.

“He was magnificent! Even though we’d already rehearsed with him twice before the performance, still, he rose to a level that was among the greatest vocal performances I’d ever heard! And that’s saying something since I’ve been a musician with the LA Philharmonic for 39 years and I’ve heard most of the greatest,” said Lamell.

Finally, the program concluded with a rendition of the Civil Rights-era protest anthem, “We Shall Overcome.”

“I was greatly moved by the audience response when I polled the audience about whether or not we should go on and play the ‘We Shall Overcome’ encore – even after I explained to them that we had no chance to prepare it at all. And then the audience sang along with us in such a spirited and thoughtful manner that it brought tears to my eyes. It actually was one of the true highlights of the whole program,” said Lamell.