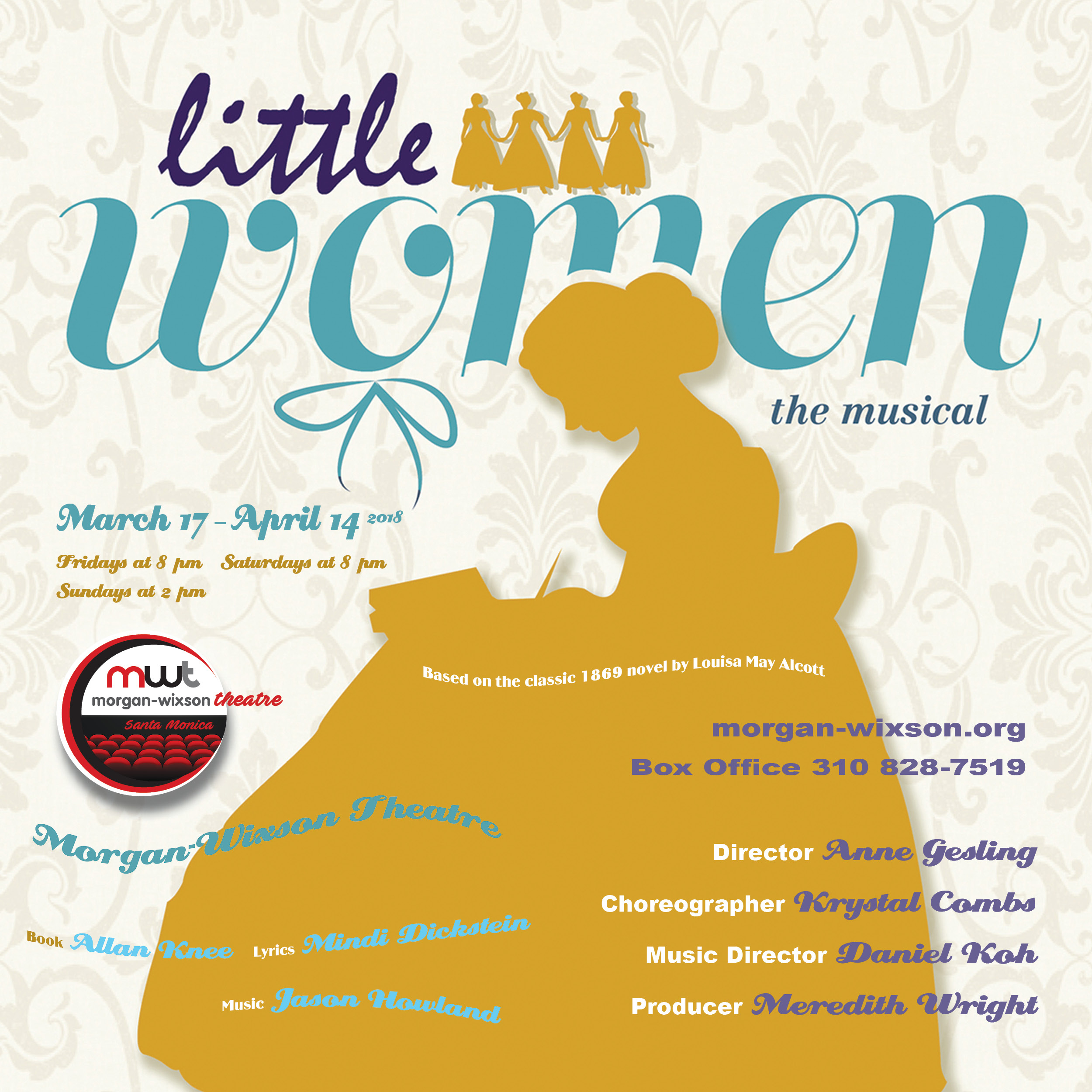 Based on Alcott’s beloved 1869 book, Little Women follows the adventures of the four March sisters, Jo, Meg, Beth, and Amy, and their experiences growing up in Civil War America. It’s a coming-of-age tale filled with drama, romance, humor, and song, all under the watchful eye of the girls’ beloved Marmee while their father is away at war. The show, which brought Sutton Foster her second Tony nomination, features a stunning score by Grammy Award winner Jason Howland.

The entire Morgan-Wixson family is excited to bring the story to life for audiences both young and old. “I read this book so many times,” said producer Meredith Wright. “I so desperately wanted to be Jo. I sat in the windowless attic in our suburban home and wrote in a diary I named ‘Jo’ because that was as close as I could get to being her!” Director Anne Gesling has also read the book dozens of times since she was just eight years old and always finds inspiration. She observed, “Jo strikes the quintessential balance between feminist and homebody in a way that so many women today are unable to do. She fights for what she wants and needs in her life, yet she never loses sight of the importance of family and home. You root for Jo’s ambition, cry for her losses, get angry at the injustice of the ‘men’s world,’ and cheer when she succeeds.”

Gesling, who continually manages to bring theatre fans out in droves to see her productions, directs again for the Morgan-Wixson. Her latest production, A Winter’s Tale, played to sold-out houses this past fall. She is partnering again with Wright, her producer from last summer’s hit, Seussical. Daniel Koh, who recently music directed and starred in Title of Show, and Krystal Combs, a frequent Morgan-Wixson choreographer, are also thrilled to be part of the creative team.

“The themes of love, family, friendship, loss, ambition, and drive do not age—they resonate today,” Gesling said. “Jo is a character every woman can identify with, that men can respect and admire, and that girls can aspire to become. And with the fantastic music, it is a show that can’t miss.”

To schedule press interviews, request photos or press comps, or for any additional information, please contact Miriam Billington at mwtpublicity@gmail.com or by phone at 310.386.1295.