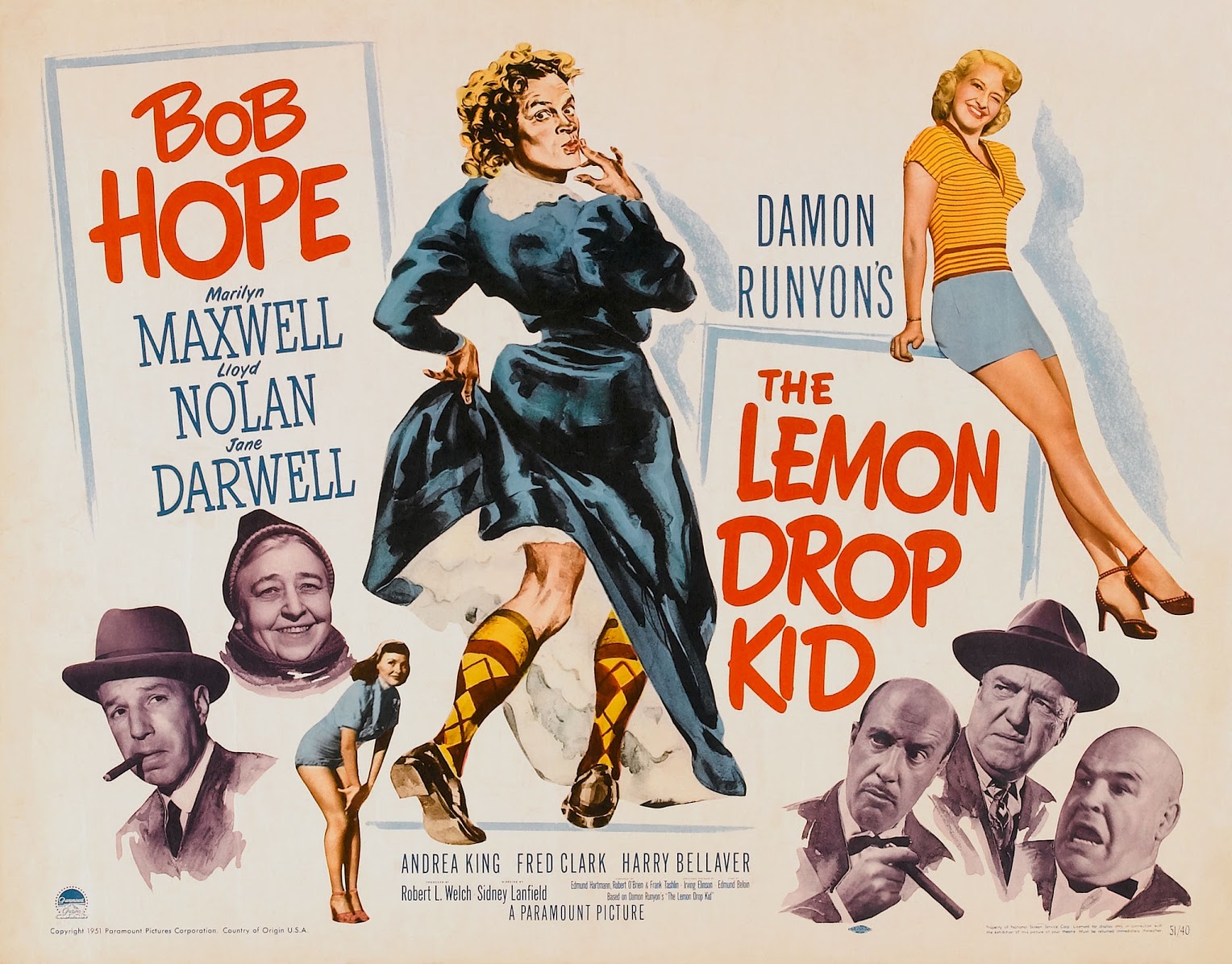 When people think of Christmas and Holiday movies their thoughts go to “It’s A Wonderful Life,” Christmas Vacation,” “Rudolph the Red Nosed Reindeer, “A Charlie Brown Christmas,” the many variations of “A Christmas Carol” or “A Christmas Story.”

Here’s a selection of obscure films that range from the heartwarming to the surreal as an alternative.

THE CHRISTMAS TREE. 1958. Starring Ralph Bellamy, Margaret Hamilton (the Wicked Witch in the Wizard of Oz.), William Shatner, Tom Poston, Richard Thomas (John Boy from the Waltons.), Jessica Tandy and Bernadette Peters in her first role. A series of Christmas vignettes to promote the spirit of Christmas. Most notable is “Light One Candle” that stars William Shatner and Ralph Bellamy as Roman tax collectors in Bethlehem on the day of Jesus’ birth. This footage was later incorporated rather cleverly into an episode of Boston Legal that dealt with Shatner reliving his youth.

SANTA CLAUS. 1959. Directed by Rene Cardona who also was responsible for the Mexican exploitation movie, Night of the Bloody Apes. Santa and the devil (known as Pitch who wears wresting tights!) battle for control for the soul of little Lupita as well as dealing with three naughty kids and a Boston bull terrier. A surreal film would be putting it mildly if you saw it in its original form, but Joel and the Bots from MST3K do a great job of adding all the fun in their version making it an instant Christmas classic. With one liners such as “Santa’s laughter mocks the poor” and “Santa Claus and a pentagram…you figure it out, “make this a must see for a good holiday laugh.

BEYOND CHRISTMAS aka BEYOND TOMORROW. 1940. Harry Carey, C. Aubrey Smith, Charles Winniger, Richard Carlson , Jean Parker, Helen Vinson Maria Ouspenskaya. Three millionaires that are stood up on Christmas Eve by their dates decide to buy three wallets, put ten dollars in each one along with   their cards and throw them into the street to see who will return them. When Carlson and Parker show up, with no plans of their own on Christmas Eve, they’re taken to dinner by the wealthy trio and a romance starts to blossom between the two. As fate would have it, the three benefactors are killed in a plane crash and come back as spirits to help the two lovers get back together as bad girl Parker sets her eyes on Carlson’s fortune to get him to marry her.

THE LEMON DROP KID. 1951. Director Sidney Lanfield and Frank Tashlin. Stars Bob Hope, Marylin Maxwell and Fred Clark. When con man, the Lemon Drop Kid (Hope) makes the wrong choice on a horse race bet with the girlfriend (Maxwell) of a gangster (Clark), he has until Christmas Day to come up with $10,000 or meet a grisly end. Figuring that people will spread their Christmas cheer, he cons charity organizations dressing thugs up like Santa to swindle them out of their money while poking jabs at Orson Welles and Bing Crosby. Hope is at his funniest in this and the duet with Maxwell singing “Silver Bells” is terrific. A little trivia here; “Silver Bells” was originally written as “Tinkle Bells,” but, when the wife of the song writer told her husband what “tinkle” actually meant, she suggested him to change the first word to “silver” and that’s what we know today. A Christmas classic!

THE CHEATERS AKA THE CASTAWAYS. 1945. Directed by Joseph Kane. Stars Joseph Schildkraut, Billie Burke (Glinda the Good Witch) and Eugene Pallette. Ultra-rare movie, but worth seeking out. When a greedy, snobbish, rich family adopts an out-of-work actor at Christmas who tried to commit suicide, they believe they can impress their other shallow friends in doing a good deed. Through his unpredictable actions and sage advice, the ubiquitous, Mr. M (Schildkraut) teaches them a lesson in morality with his amazing performance.

A weird, Christmas movie that has to be seen to be believed. A suicide crisis center deals with depressed people on Christmas Eve. Black humor abounds in this seldom seen madcap comedy that includes ukulele playing, fruitcake re-gifting that no one wants, made up Christmas songs while stuck in an elevator and Liev Schreiber in drag! Filled with cameos of soon-to-be famous stars, it’s a strange film that’ll make you laugh.

SANTA CLAUS AND THE ICE CREAM BUNNY. 1972. Directed and written by R. Winer. Stars Jay Ripley, Shay Garner and Pat Morrell. File this one under “what were they thinking?!” Rudolph and the gang take off and strand Santa’s sleigh in the hot Florida sun probably due to a labor dispute with the jolly old fat man. A group of beach kids try different animals to get Santa out of his predicament to no avail as he complains how hot it is in his sweat laden suit. What does he do next? He tells the kids the story of Jack and the Beanstalk that includes some of the worst rear projection in the history of cinema. The Ice Cream Bunny finally shows up in the third act on a fire engine that takes forever to rescue Santa. The original poster had the tag lines, “What a Story! A daring rescue!” to sucker children into theaters that they were getting a James Bond-like actioneer with Santa. S.P.E.C.T.R.E. would be embarrassed to extort money from this film. Kids practically rioted when this movie was shown at matinees in the 70’s they hated it so much. This was the only film made by the director who went into obscurity or was lynched by a group of ten-year olds. Truly, bizarre.

RICH LITTLE’S A CHRISTMAS CAROL. 1978. Directed by Trevor Evans from the Charles Dickens novel. Stars Rich Little. World famous voice impersonator, Rich Little turns in a tour-de-force performance portraying all the characters from the Dickens novel with famous personalities such as Humphrey Bogart, Peter Sellars, Edith Bunker, Richard Nixon, Jimmy Stewart John Wayne, James Mason and many more. Its amazing to watch Little and his spot on creations in this classic tale. A great study for any aspiring actor or creative writer

THE HOLLY AND THE IVY. 1952. Sir Ralph Richardson, Celia Johnson, Denholm Elliot, Margaret Leighton and William Hartnell. Widowed clergyman Richardson gets together at Christmas with his three adult children who have their own hidden secrets that shed light set during England’s reconstruction after World War II. Well-acted and written, it’s a beautifully crafted film about a time long gone.

I, THE JURY. 1953. Biff Eliot, plays two-fisted gumshoe, Mike Hammer in this whodunit set during Christmastime originally shot in 3D. Written and directed by Harry Essex shot by John Alton who was a master at black and white cinematography, Hammer is on the trail of   a murdered buddy leading him down the dark, film noir path that includes a treacherous Santa, two psycho sisters known as the Belamy twins, two-fisted, skull cracking, voluptuous dames and music with Christmas cards cleverly inserted acting as scene dividers. Elliot does a great job as Hammer; the detective with a code of his own in his relentless pursuit of the killer. Watch for scene where an obnoxious reporter lips off to Hammer only to get slammed into a shelf full of dishes while the crime scene detectives look the other way. Great stuff!

SANTA’S SLAY. 2005. Bill Goldberg (WWE champion wrestler.), Robert Culp, Dave Thomas (yes, the SCTV comedian Dave Thomas!), Chris Kattan, Fran Drescher, James Caan and Rebecca Gayheart. Santa Claus is actually Satan’s son in disguise who lost a curling match with an angel and must bring goodness and joy around the world for a thousand years. Well, those years are up and buffed out, foul mouthed Santa returns to his evil ways that include beating up Christmas carolers, a candy cane eye poke, a flying buffalo pulling his sleigh, continuous mayhem and ho-ho ho strippers! Best line in the movie; I’m Santa Claus, not f-ing Dracula! It’s totally demented! A must see especially for the Rankin/Bass stop motion animated flashback sequence! Produced by Brett Rattner, no less!

CHRISTMAS EVE. 1947. Directed by Edwin L. Martin who helmed the 1938 version of A Christmas Carol with Reginald Owen, this is a film similar to   the Sons of Katie Elder when three sons in different careers (that include one as a gangster.) have to come home to save mom’s farm before she loses her mortgage on Christmas Eve. Starring George Raft, Randolph Scott, Reginald Denny and Joan Blondell.

REMEMBER THE NIGHT. 1940. Written by Preston Sturges this romantic comedy has three time bad girl, Barbara Stanwyk arrested for shoplifting on Christmas Eve and assistant district attorney, Fred Mac Murray releasing her into his own custody until trial after Christmas. Murray begins to fall in love with her and is torn between heart and duty to follow the law. This is also the first time that Stanwyk and Murray worked together and you see what great chemistry they have between the two.. They would do four more films as a team with the most notable being, Double Indemnity. Sturges was so impressed with Stanwyk’s performance he wrote a script with her as the lead that would later be known as, the Lady Eve,

HOLIDAY AFFAIR. 1949. Robert Mitchum, Janet Leigh and Wendell Corey. During the Christmas rush, comparison shopper Leigh purchases a train set under the auspice for her son, but in actuality she’s a commercial spy for another store. She’s busted by store clerk Mitchum who lets her go, but gets fired in the process. They end up on a date which Leigh’s current suitor, Corey doesn’t appreciate. Leigh’s son Timmy takes a liking to Mitchum and isn’t too happy about having Corey as a step dad. Don Hartman directed this romantic comedy who also helmed the Hope/Crosby films, Road to Zanzibar and Morocco. Truly, a must-see heartwarming film.