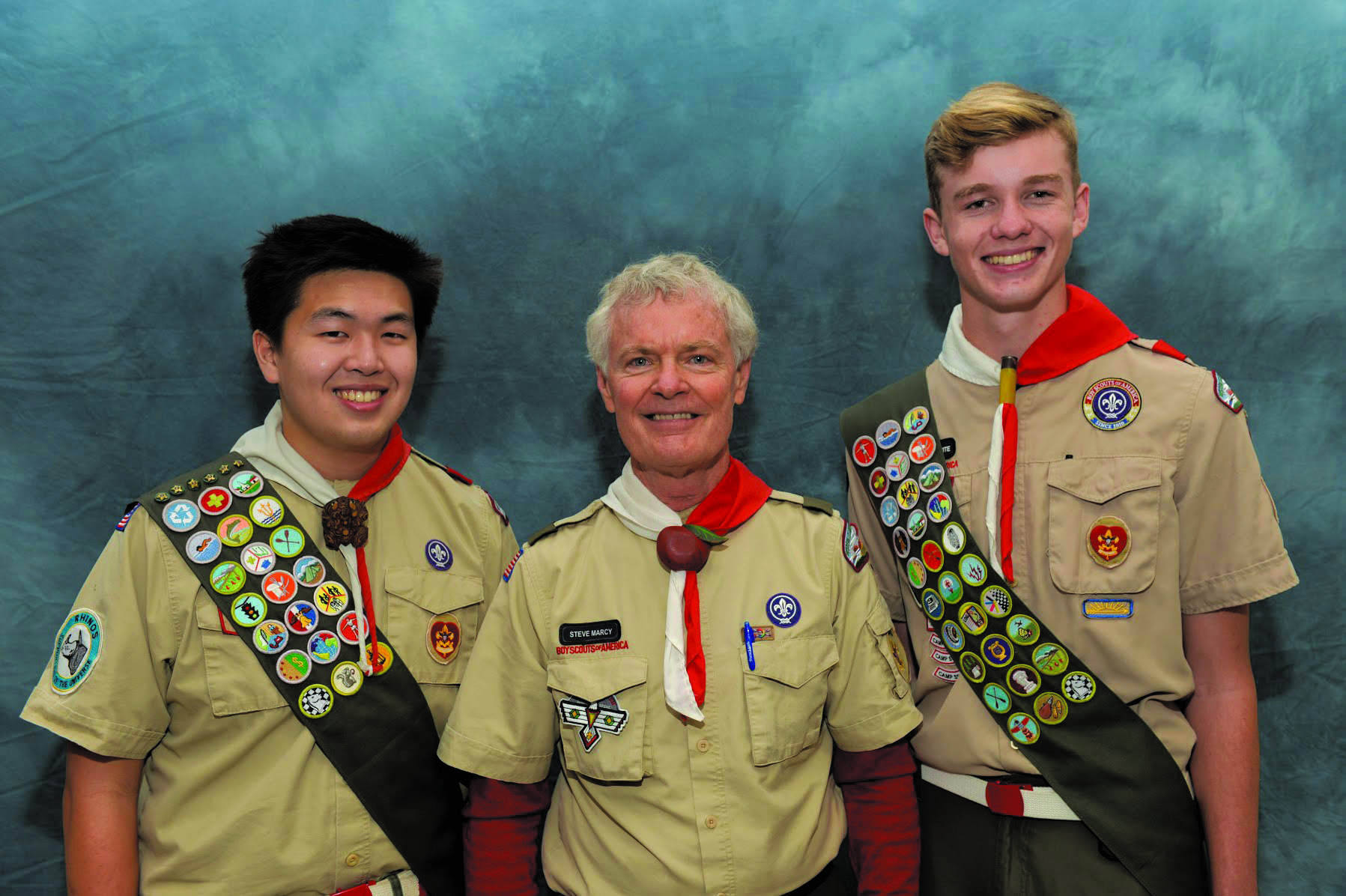 On Sunday, January 28, 2018, two Santa Monica teenagers will be awarded the highest rank one can earn in the Boy Scouts of America. Ryan Hino and Jackson Hyde-White will be honored with the rank of Eagle Scout at the Troop 2 Eagle Court of Honor to be held at the LDS Stake Center. Hino and Hyde-White are a Senior and Junior, respectively, at Santa Monica High School.

The Eagle rank honors exemplary effort, leadership, and service. Only six percent of Boy Scouts achieve the rank of Eagle. In addition to demonstrating proficiency in first aid, citizenship, camping, swimming, emergency preparedness, and many other skills, Eagle candidates must coordinate and complete a community service project that demonstrates significant leadership abilities. Each of the Scouts being honored led a major project to improve quality of life in the Santa Monica community.

For his Eagle Project, Ryan Hino removed hedges in front of the Mt. Olive Church and planted several species of succulent plants. The hedges previously blocked the view of the church’s preschool sign and also required more water than the succulent plants, especially in the dry and arid climate of Southern California. Not only do the plants reduce water consumption, but their beauty and vibrant colors support the church’s welcoming and calming atmosphere.

Jackson Hyde-White’s Eagle Project benefits the First Presbyterian Church of Santa Monica. He spent two days upgrading and refreshing the planter boxes that run the length of the church’s entrance along 2nd Street. Many Scouts and friends showed up to help, making the work go quickly. The project greatly improves the outward appearance and curb appeal of the church.

Both projects included many hours of planning and manual labor by Troup 2 Scouts working together under the direction of the Eagle candidates.

Troop 2 is one of the oldest and largest Boy Scout troops in the western United States. In its 71-year history, Troop 2 has graduated 347 Eagle Scouts and traveled to Scout camps and high adventure destinations throughout the United States. Troop 2 Scouts are known to have saved at least 63 lives.