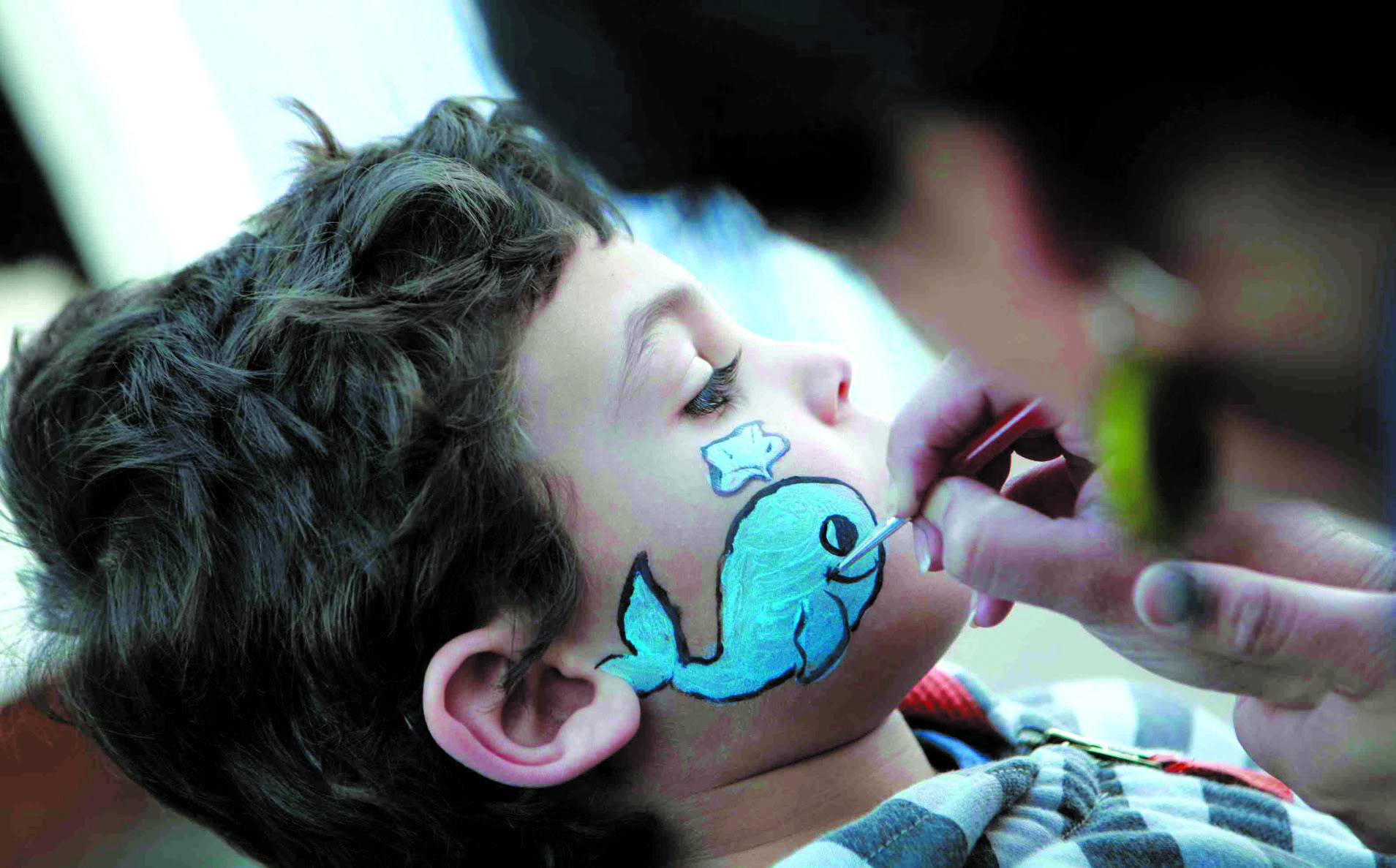 Every year, when Pacific Gray Whales migrate through the Pacific Coast, Santa Monica Pier Aquarium hosts its “Whale of a Weekend” event, designed to educate visitors to the aquarium about whales and their migration route, and hopefully, helps visitors see some whales themselves. Feb. 11 and 12, the event returned to the aquarium, featuring both whale education in the aquarium proper, as well as a wildlife observation station set up at the end of the pier, guiding anyone interested in spotting ocean wildlife.

In the aquarium itself, materials were set up providing detailed information about the Pacific gray whales, currently making their way through the Pacific coast, as well as other species of whales found elsewhere in the world. Also included alongside these displays were whale bones, vertebrae, baleen plates, and more.

“At the aquarium we have a lot of different artifact displays,” said the aquarium’s Public Programs Manager Jenna Segal.

At the wildlife observation station, experts guided visitors in using binoculars to spot aquatic creatures, which included sea birds, dolphins, and hopefully Pacific gray whales. The station also allowed kids to color in their own whale stickers, and offered education on the effects of global climate change on whale migration patterns.

“We love to see families involved,” said Segal. “It’s not only the adults but the kids who have a great time learning about these gentle giants.”

In addition to the whale-centric activities, the aquarium launched a new virtual reality experience, designed to mimic a 360 degree deep dive into a kelp forest. The VR experience will now remain at the aquarium, and a more in-depth version, with a headset and increased interactivity will be added to coincide with the aquarium’s “S.T.E.A.M. machines” Rube Goldberg machine event.

For more information about upcoming events and everything else at the Santa Monica Pier Aquarium, visit healthebay.org/aquarium.