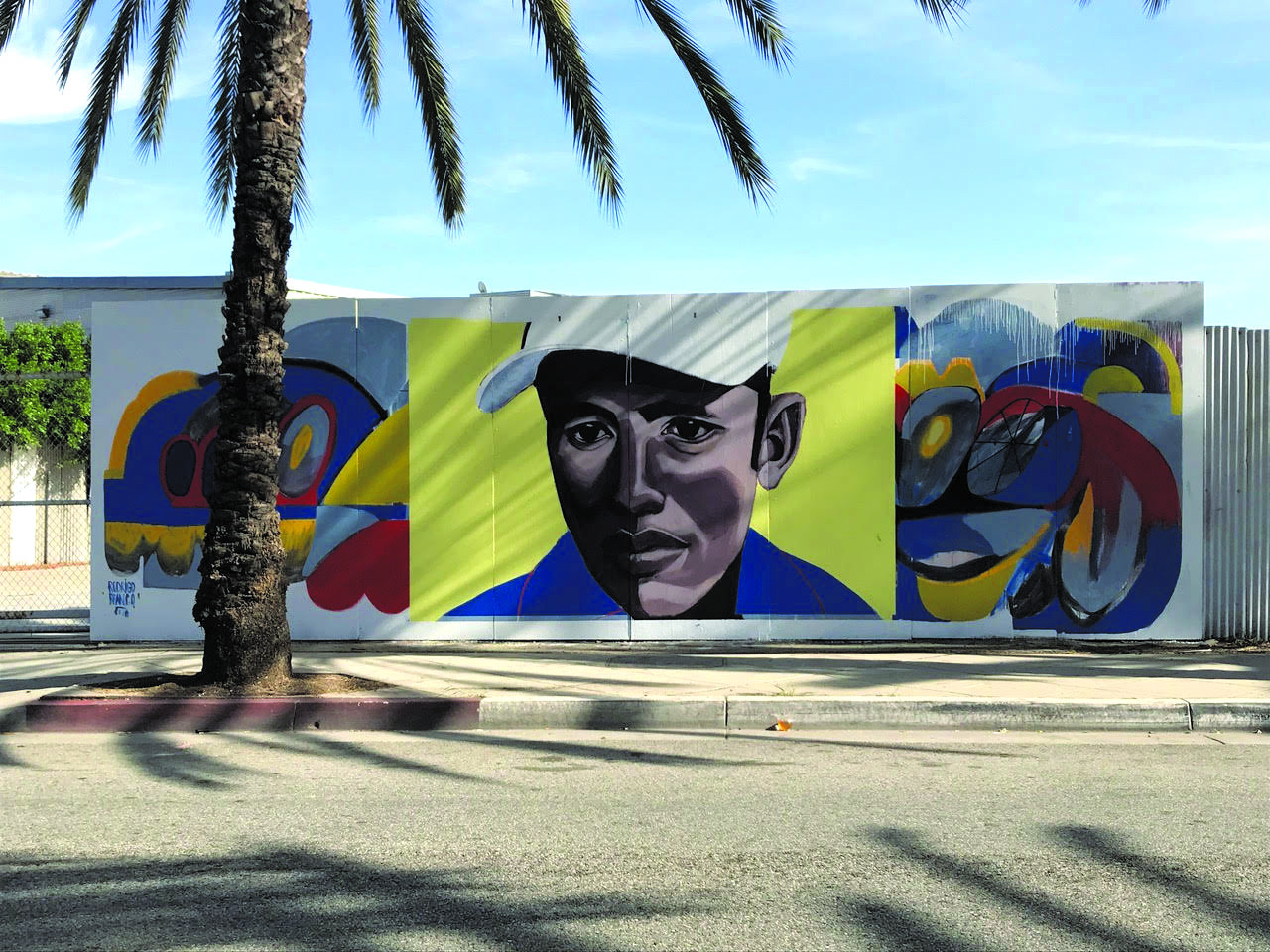 The Lois Lambert Gallery is showing the works of Brazilian artist Rodrigo Branco through March 3. While Branco has exhibited internationally before, this is one of his few exhibits in the U.S., and his very first in California. During his stay in L.A., while he worked on this exhibit, Branco was commissioned to paint a mural on 26th Street between Cloverfield and Olympic Boulevards.

Gallery owner Lois Lambert first discovered Branco’s work on a trip to Brazil. She bought a piece of his and eventually found another work in Rio de Janeiro that she liked. She then discovered it was also by Branco.

“I bought a piece of his work in Brazil and then I tried to find him,” Lambert said.

After she got in contact with him, he agreed to exhibit his works in the gallery. Lambert hosted Branco for 15 days in California, during which set up his exhibit, titled “Moldando Peda Dura.”

As a child, Branco suffered from problems with his vision, and his paintings reflect this. They’re all human figures, but with faces that are altered to be sort of blurred and abstract, based on how Branco saw human faces growing up.

“There are a lot of questions about the show,” Lambert said, going onto say that some viewers are repelled by the unfamiliar human faces, while others are drawn in.

Lambert pointed to her favorite piece in the exhibit, which is of Branco’s mother and cousin, which she said was also a favorite of many visitors to the exhibit.

Branco also has worked as a graffiti artist since the age of 13, and his murals can be found in Austria, France, Spain, China and elsewhere around the world, now including Los Angeles.

The Lois Lambert Gallery will be celebrating its 30th anniversary in September. For more information on the gallery, visit loislambertgallery.com.