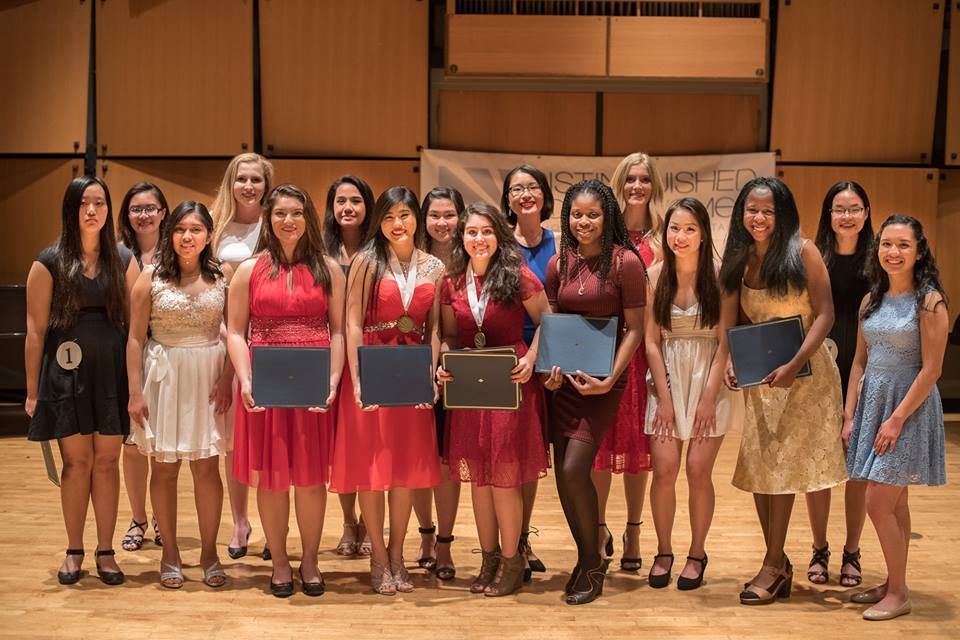 High school junior girls from across Los Angeles County will join together in Norwalk for the Distinguished Young Women of Los Angeles County program to be held Saturday, March 3, 2018 at Excelsior High School (15711 Pioneer Blvd, Norwalk, California 90650). Participants will compete for college scholarships and the opportunity to represent Los Angeles County for the Class of 2019.

The panel of judges are as follows:

Anita Barone headed to Los Angeles after graduating with a BFA from University of Detroit and an MFA from Wayne State University in Michigan. Three days later she was cast as a regular on a comedy series with Carol Burnett. Since then she has been a regular on seven other TV series and has starred in a dozen films. She has also guest starred on television shows including: Friends, Seinfeld, Curb Your Enthusiasm, Parenthood, Desperate Housewives, and Castle. Performing in theatre throughout Los
Angeles Anita recently completed a eight week run of the new play “The Real Housewives, The Musical”.

Hélène Muddiman is a multi-award winning composer and hit songwriter. Her music compositions can be heard on the score for Happy Feet Two and Ice Age 4 and on the score for Tim Burton’s Disney movie Frankenweenie. As an artist, she is classically
trained and plays a range of instruments including guitar, bass, keyboards and piano. Her voice has been featured on various hit songs as well as Hans Zimmer’s film scores. She has two albums for EMI and has written two top five hits, including the title track
from the Gold selling album ‘Free Me’ by Emma Bunton. She is CEO of Hollywood Elite Music & Media.

McKenzie Satterthwaite founded Real Mom Daily, a for-moms-by-moms media company with the mission to inspire moms to build a better life and a better world. With Real Mom Daily, Mack interfaces with influencers, companies, and politicians on city, state and national levels to advocate for issues that stand for social good. She has also co-founded and created Camp Chat and the XMA (Extreme Martial Arts) Life Skills and Leadership Program which is licensed by over 2,000 martial arts schools around the world. Mack also did a stint as the lead character, Nikki Munson on the soap opera As The World Turns.

Leah Sparkes served as Maine’s Distinguished Young Woman in 1997 and credits the experience as being one of the most impactful ones in her life. Since graduating Magna Cum Laude from Emerson College, Leah has worked with today’s biggest celebrities and headline makers, most notably Oprah Winfrey and Martha Stewart. Specializing in entertainment, Leah was a communications executive at Harpo Studios, WE tv and Universal Cable Networks. With a passion for dance and theater, Leah also graduated from American Musical and Dramatic Academy and toured the world as a principal dancer and instructor with BAILA Society and Alvin Ailey Dance Theater. Recently, Leah performed in a tribute to Lin-Manuel Miranda at the Imagen Awards. Currently, Leah is an independent consultant through her public relations company, Sparkes PR.

Kevin Tison is in his sixteenth year of teaching high school choral music and is currently at Fountain Valley High School. He earned his Bachelor of Music from Northwestern State University and a Master of Music from Texas Christian University, both in piano performance. Featured often as a solo performer and conductor, he has planned and led music tours throughout Asia and Europe. Kevin’s innovative work and accomplishments in music and teaching have been recognized in various education journals. His success in building a highly reputable and comprehensive high school vocal music program has him frequently speaking at conferences, working as a choral music adjudicator on the national level and leading clinics across the globe.