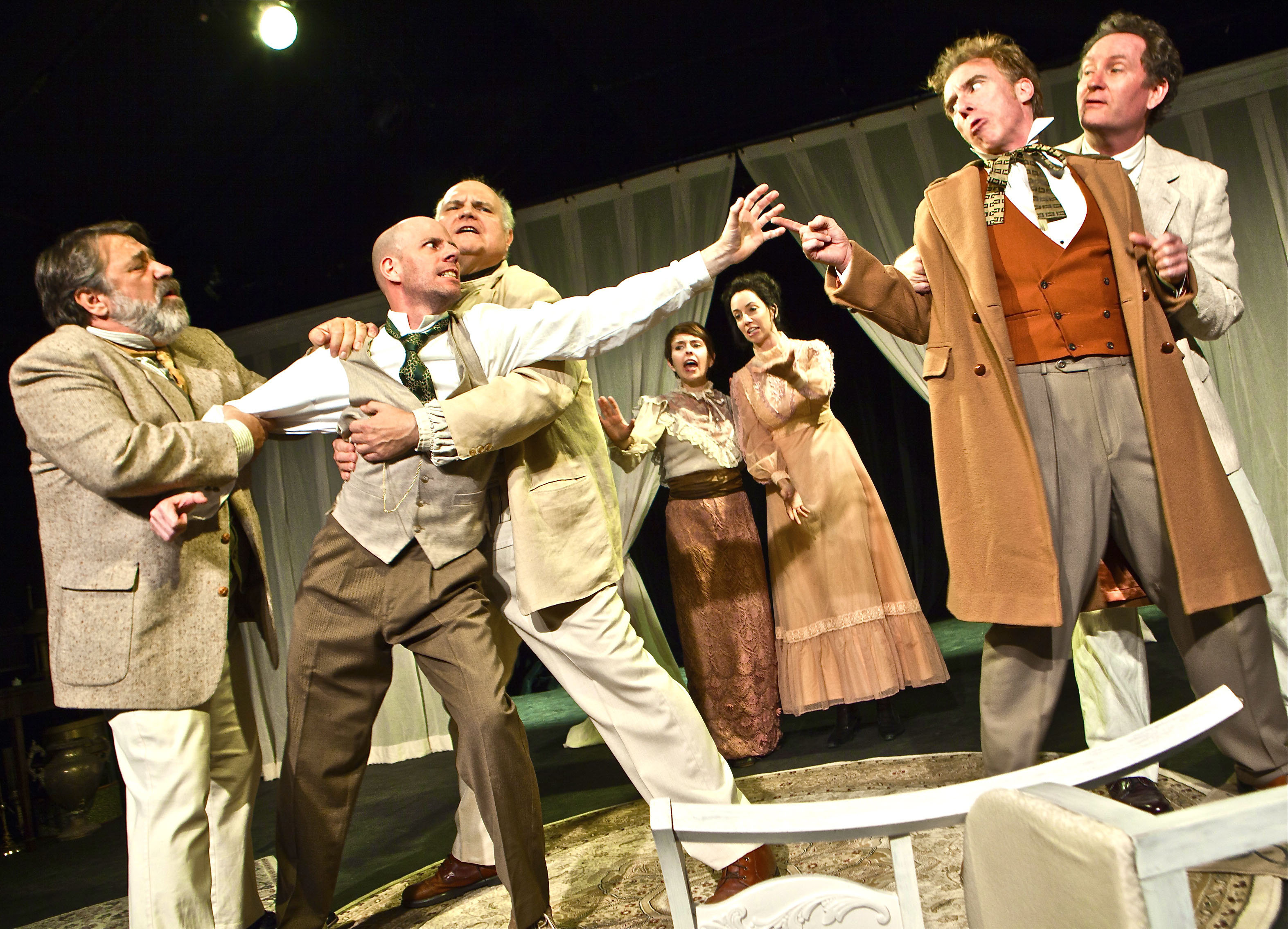 LA’s own Impro Theatre continues their residency at The Edye at The Broad Stage, presenting a different style of their signature improvisation for one weekend, each month.  February brings Chekhov UnScripted. For each performance Impro will create a full-length play, in the style of the great Russian master.  Starting with audience suggestions, each performance will feature characters dreaming of a different life, all the while dealing with the everyday unpredictability of feeling love, disillusionment and the certain catastrophe that is the comedy of life! LA Weekly called Chekhov UnScripted a “Pick of the Week,” adding, “You don’t have to be a Chekhov aficionado to appreciate this entertaining and clever mock-up of his art.”

Anton Chekhov, who famously said, “One must never place a loaded rifle on the stage if it isn’t going to go off,” is considered “the greatest dramatist of the 19th and early 20th centuries” (The Independent).  A prolific writer of short stories and other forms, Chekhov wrote only a handful of full-length plays (includingThe Seagull, The Cherry Orchard and Uncle Vanya), but they revolutionized theatre. With his meticulous observation of character, his anti-melodramatic action, and his wistful evocation of isolated characters trapped in their provincial self-delusion, he left a legacy of funny, haunting and unique creations that still delight audiences today.

In December 2017, the Los Angeles Times said, “Impro Theatre has evolved into a powerhouse improvisational company in full-length shows that are off-the-cuff and consistently hilarious.  An indigenous Los Angeles treasure, the company should be seen – and reseen!”