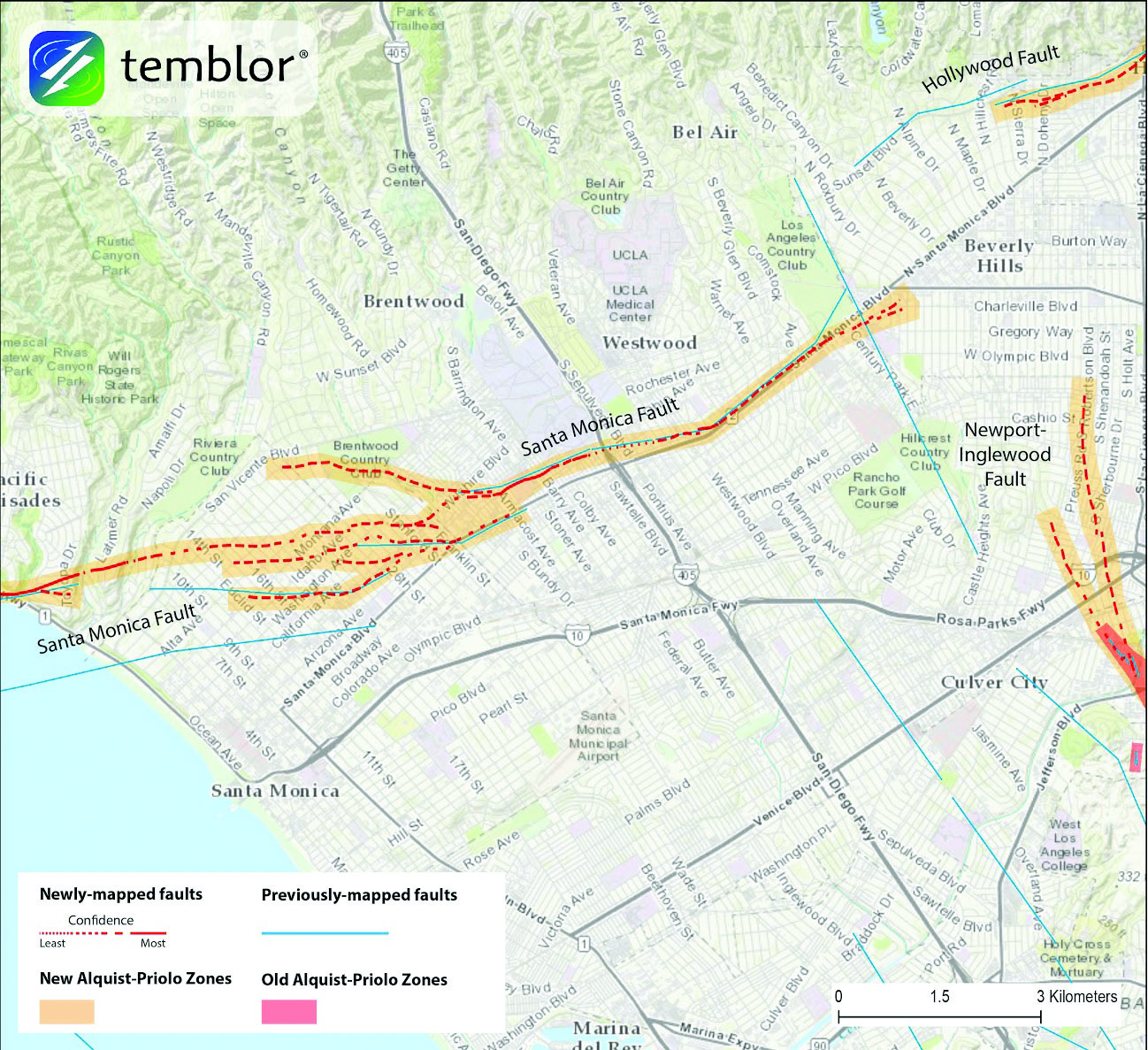 The Santa Monica earthquake fault line was initially believed to stop at Beverly Hills at Santa Monica and Wilshire boulevards and under ritzy Rodeo Drive. However, a new map now shows it runs all the way to Westwood via Century City.

The final version of California Geological Survey’s map shows the Santa Monica fault line extending a mile farther northeast throughout the Golden Triangle, including glitzy Rodeo Drive. It cuts through the heart of the Westside, with sections running through Century City, Westwood, Brentwood, Santa Monica and Pacific Palisades, the Los Angeles Times reported.

Geologists are currently unaware of the exact location where the Santa Monica fault ends and have said that it could connect with the neighboring Hollywood fault which is located along the Sunset Strip and runs through downtown Hollywood to West Hollywood, reports The Inquistr.