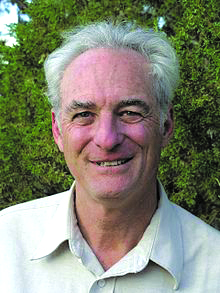 On Saturday, Jan. 27, renowned author and documentarian Stephen Most hosted a multimedia film screening, author talk, book reading, and Q&A in the MLK Jr. Auditorium at the Santa Monica Public Library. He began the event with an author talk, discussing the nature and importance of fact in popular culture, following the themes of his book, “Stories Make the World”, which examines many different forms of nonfiction storytelling. Then, he screened his documentary “Nature’s Orchestra”, before reading portions of his book and taking questions from the audience.

While Most has taken this program to a number of venues, including bookstores and colleges, this was the first time he presented his book and film at a library.

“People are very positive,” said Most, about his past readings and screenings. “I especially enjoy the Q&A. They’re often very energetic and engaging discussions.”

“It became more and more relevant as I completed the book,” said Most. “Nonfiction storytelling is an antidote.”

In addition to the wide ranging subject matter featured in his book, some of Most and other filmmakers’ documentary films were featured in his book, and Most curated a self-proclaimed “film festival” of the seven films he writes about, all of which are viewable on the book’s website, which include “Nature’s Orchestra” and his newest film, “Wilder Than Wild” about climate change and wildfires.

Most even began the talk with a fact specific to his Santa Monica audience: his father’s cousin was Mr. Muscle Beach, which Most first discovered when he was featured on Groucho Marx’s TV show.