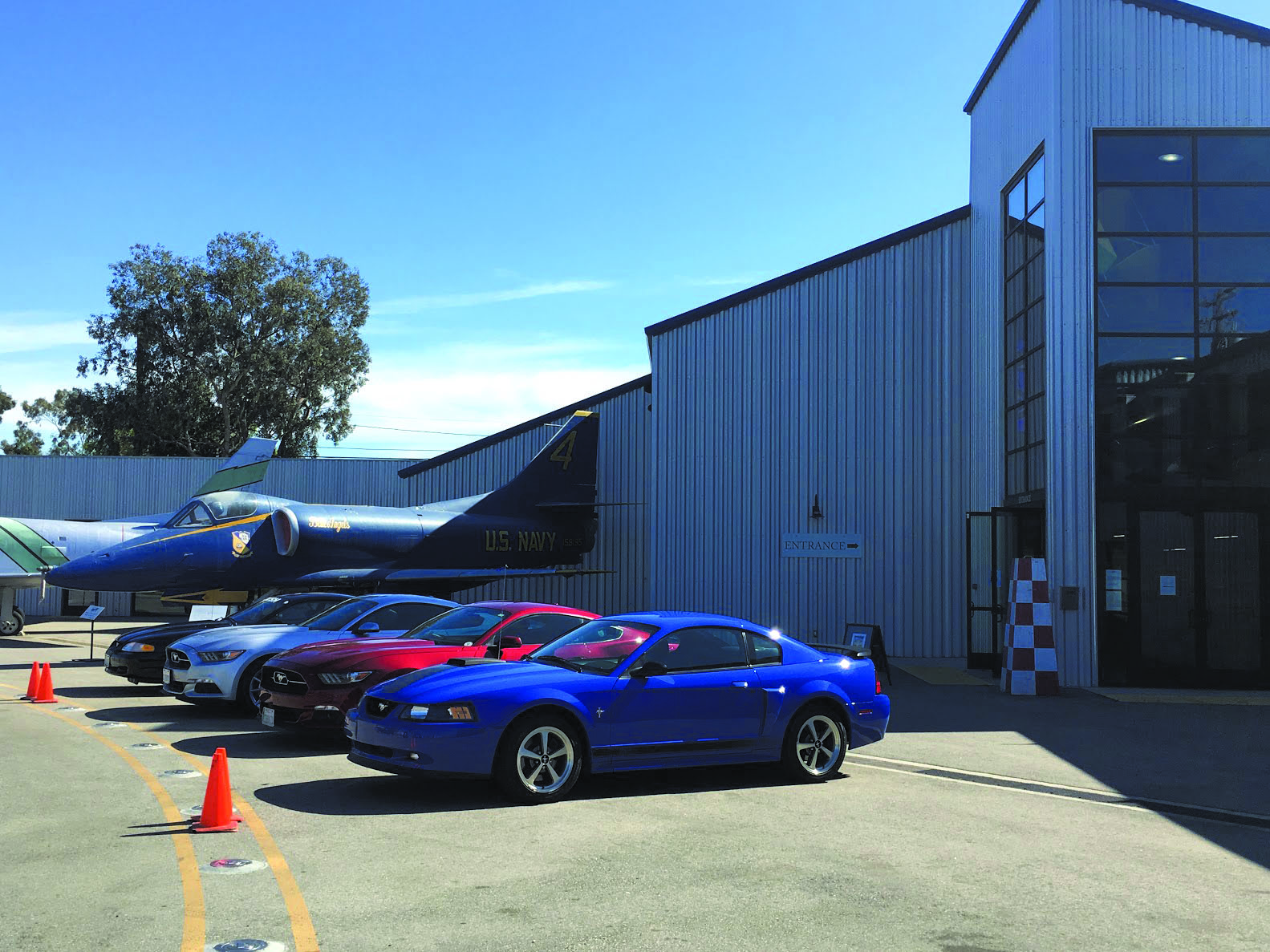 Members of the South Bay Mustang Owners, which is a 100-plus member in total organization of Mustang car enthusiasts, visited the Museum of Flying, Sat. Feb. 17, and received a guided tour while their Mustangs both classic and new could be seen in the museum parking lot and around the airport.

The tour totaled about an hour in length, as a docent both related the history of the items in the museum as they relate to aviation, and interspersed both his own personal anecdotes, and terms the members of South Bay Mustang Owners could relate to how cars work. For example, while demonstrating a replica of the Wright Brothers’ original plane he compared components of its functionality to how a car might similarly work.

“Like for most of you,” the docent said, “an engine is pretty integral to the whole process,” while pointing to the engine included on the original airplane.

The crowd then gasped and laughed as the docent pointed to the gas tank that fueled the engine, which he pointed out was notably tiny.

When he then related his own experience as a pilot of a Lockheed 141 Starlifter plane, members of the club asked about his own Air Force experience and knowledge. The average age of the attendees was in the rage of 35 to 65, and the personal anecdotes and stories of the docent and attendees alike shared a perspective of a couple generations back.

After showing off the Wright Brothers’ plane, he moved onto the basket of a hot air balloon.

“Anyone here been in balloons?” he asked. Most hadn’t. “If you’ve never done it, I highly recommend it,” he related to his tour group, before moving onto other exhibits in the museum and how they relate to aviation history.

For more information on the Museum of Flying, visit museumofflying.org.