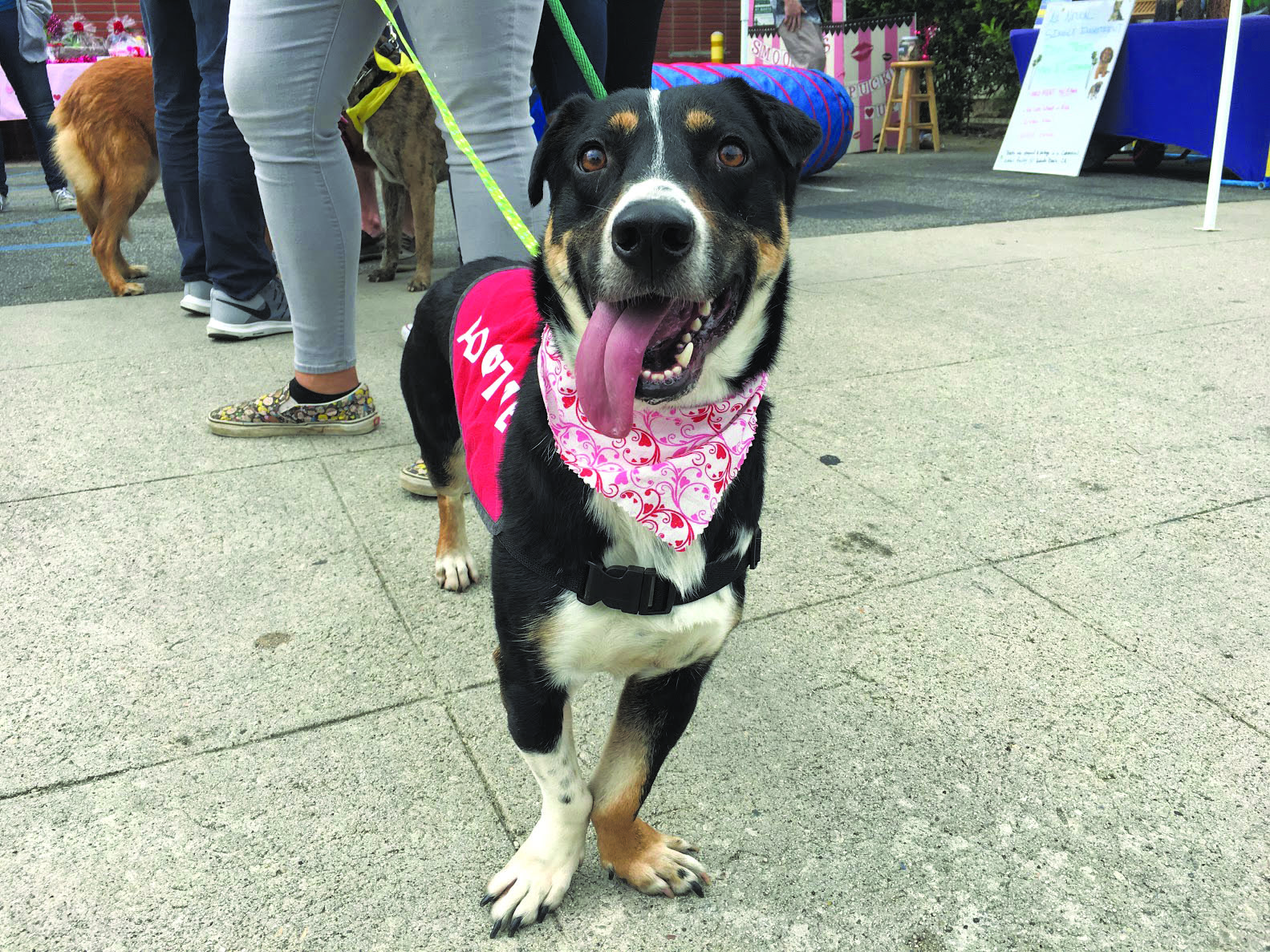 Fitdog Sports Club, a dog daycare facility on 21st Street in Santa Monica, was host to an adoption event Sat., Feb. 10, benefitting Adopt & Shop, the retail and adoption locations for Michelson Found Animals Foundation. The stars of the event were dogs up for adoption through Adopt & Shop, who helped raise money for Adopt & Shop through donations to participate in a dog kissing booth. The event also featured giveaways, dog treats, Valentine’s Day-themed treats for humans, and more.

Fitdog Sports Club initially reached out to Adopt & Shop, which has one L.A. location in Culver City, and another nearby in Lakewood. They were receptive to the idea.

“We’re always looking to work with other dog companies, rescues and organizations—honestly, anyone who shares our mission,” said Marketing Associate Sarah Rueli. “We love working with Culver City, Santa Monica and Venice. All of the Westside.”

The animals up for adoption at Adopt & Shop, which includes both dogs and cats, are pulled from high kill shelters in L.A. The Adopt & Shop locations double as dog and cat product retail locations, with grooming and daycare also available, so that they’re essentially “one stop shops” for adoption and animal care. All of the money made at these retail locations supports their animal rescue endeavors, which are managed by a team of about 1,000 volunteers.

In the early afternoon, one dog had already been adopted, while another was in the process of being adopted, on top of which were a few other potential adoptions from interested visitors. Some attendees of the event came from the Culver City store after finding out the dogs were all elsewhere for the event.

“Our goal is to get them into forever perfect homes,” said Rueli. “Everyone seems really excited about Adopt & Shop.”