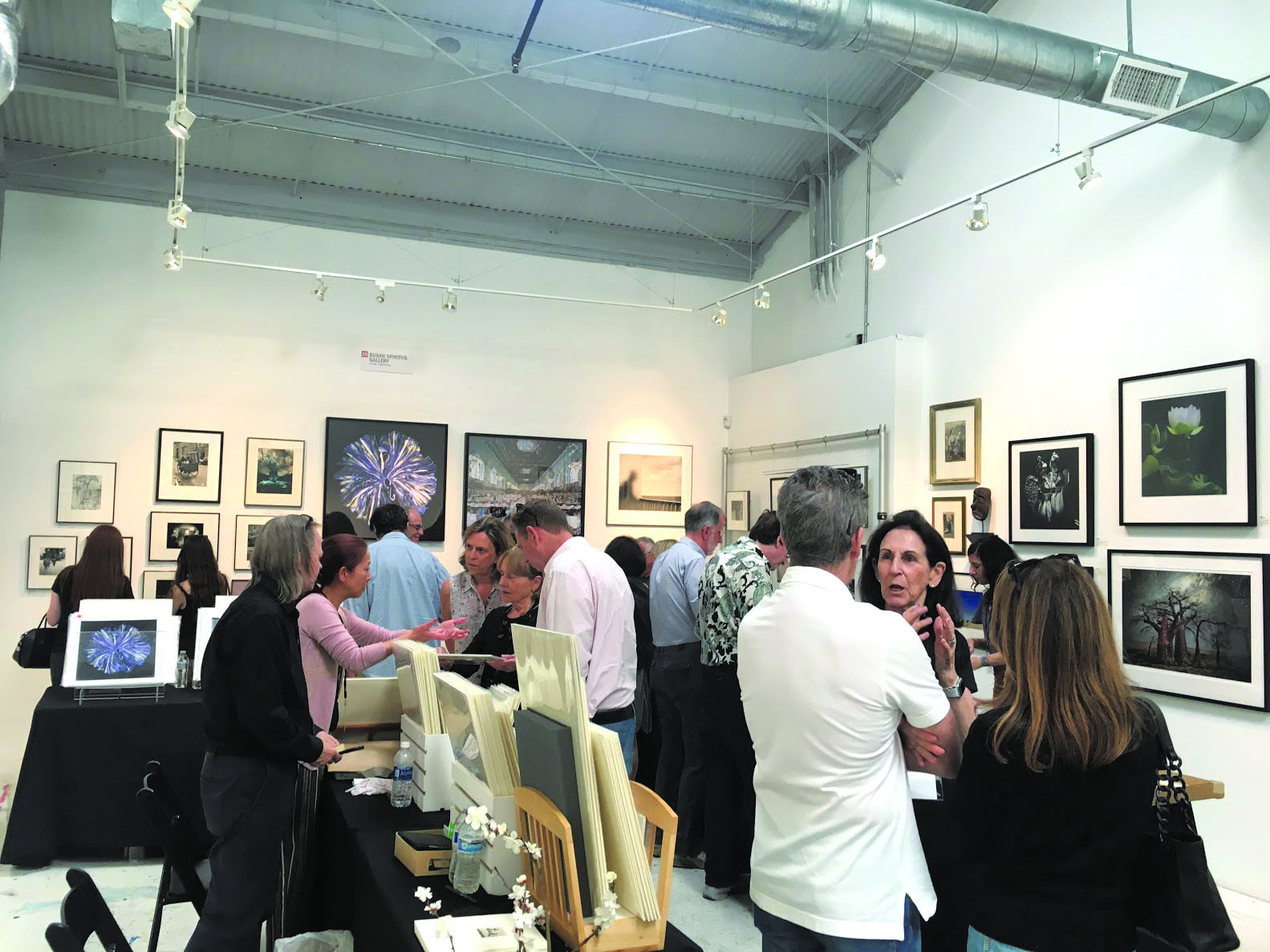 For the past nine years, Classic Photographs Los Angeles has been a yearly photography show, inviting photography galleries from across the country, and in some cases overseas, to exhibit selections of their photographs to the Santa Monica and greater L.A. art community. For the first time, the event was held this past year at Bergamot Station, in the G Building, which was recently purchased by new owners. From the evening of Friday, Feb. 2, and lasting through the weekend until the evening of Sunday, Feb. 4, visitors could view photographs from numerous acclaimed photographers.

Among these exhibitors, Paul Hertzmann was exhibiting photos from his San Francisco-based gallery, Paul M. Hertzmann, Inc. Vintage Photographs. His works were classic 20th century Western photographs, with some from the 19th century. These included a series of “Untitled Miniature” works by the Polish photographer Mark Piasecki.

Additionally, he featured a photograph of a squash by Edward Weston, a 20th century American photographer, whom Hertzmann explained is widely regarded for his influence in photography circles.

“Some of his most famous photographs are single vegetables he photographed in the late ‘20s and early ‘30s,” said Hertzmann.

“I have classic photographs from great names in the history of photography,” said Klein. “There’s a lot of interest in Alfred Stieglitz and Edward Weston.

Jennifer Schlesinger is the owner of the Obscura Gallery, based in Santa Fe, New Mexico, and highlighted two standouts among the selections she was exhibiting: one-of-a-kind painted vernacular photos by French artist Coco Fronsac, and large color photos of trees, both on exhibit and sold as prints, by artist Beth Moon.

“These are trees a minimum of 500 years old; all ancient trees taken all over the world,” said Schlesinger.

These were just three exhibitors among 30, which included other galleries in Southern California, and even one Tokyo, Japan-located gallery, called Sakura-do. For more information on Classic Photographs Los Angeles, visit classicphotographsla.com.